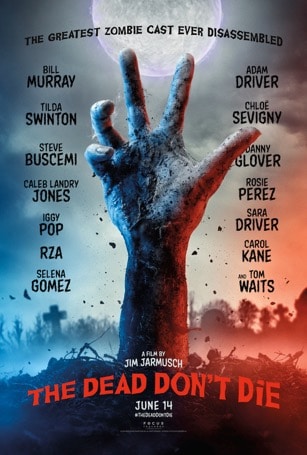 The Dead Don’t Die may perhaps have the greatest zombie cast ever disassembled.

Nothing like a cheesy zombie flick with an all-star cast.

Focus Features released the trailer today and The Dead Don’t Die will premiere in theaters on June 14, 2019.