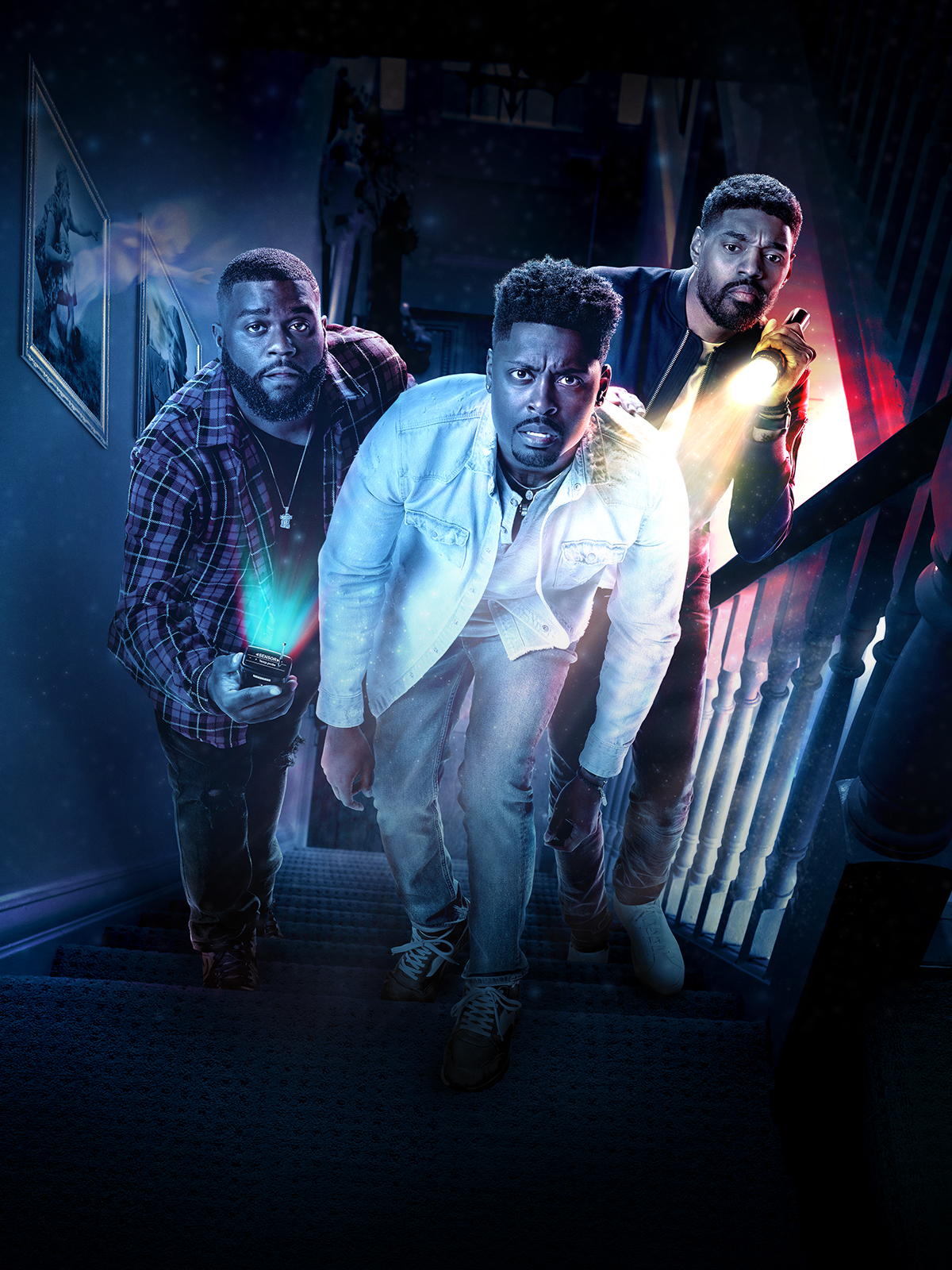 Let’s keep it 100, ghosts and Black folks don’t get along.

It may be a stereotype, but our community is not too fond of the paranormal. However, Dalen Spratt, Juwan Mass, and Marcus Harvey break every single piece of conventional wisdom around this trope in their new series Ghost Brothers: Haunted Houseguests on the Travel Channel.

Best friends and ghost hunters — Dalen, Juwan, and Marcus — seamlessly blend comedy and paranormal investigating. After receiving a plethora of pleas from families experiencing supernatural activity in their homes, the Ghost Brothers move in, spending time with the family for the weekend. In each episode, their goal is to validate or disprove their paranormal claims and bring peace to the inhabitants, both living and departed.

The series investigates eight family homes with being haunted by ghosts.  In Tennessee, they help a family move safely back into the house that they couldn’t sell (and they couldn’t afford to walk away from). In Washington, they check out an infamous family manor plagued by ghosts and rumors of an evil doctor and his victims, and in New Hampshire, they explore a historic home and inn that may be harboring the spirits of people fleeing slavery on the Underground Railroad.

BGN had the chance to chat with the brothers to discuss the origin story of how they got into this business of ghost busting and how they use comedy as a tool to bridge the gap between the living and the afterlife.

I read that the three of you bonded over a paranormal experience as children, can you share with us what happened?

Juwan: For myself, personally, I’m from outside of Chicago, but my first paranormal experience took place in a small town in Mississippi, in a graveyard not too far from my grandmother’s place. And I was dared to run through this graveyard. And as I was running, I felt like this presence was behind me. But I couldn’t see anything. And I turned around I thought it was the kids that I was playing with in the neighborhood, but it wasn’t. And so at that moment, I felt like I was being chased by a ghost. I soon realized you cannot outrun one. So now I’m not being chased by ghosts anymore, I’m chasing them.

How long have you been working in the paranormal field and how did your friends and family react when you told them this was what you wanted as a career?

Marcus: We have been doing this for 4 years now? I feel like we graduated. We’re doing good things. We started off with our family saying, “Black folks don’t play with ghosts.” We went from people not wanting to see [the series] to now they just love it.

Has there been a haunting that was just too much for you and you couldn’t continue further?

Dalen: I think we all had the same experience in Cleveland, Ohio at this place called the House of Hills. It was the scariest place we’ve been to and I don’t think any of us will ever go back there.

I love how you guys blend comedy with your work, do you do that to relieve tension for the families you’re helping or yourselves?

Marcus: [laughs] I would say it’s a little of both. When you’re in a situation where you’re nervous or scared, you always go back to leaning on what you know best, which is humor. So I think that it was for us at first, and now it’s for the family. For the sheer fact, we’re just trying to bring that peace to their home. Nothing like bringing comic relief for the ghosts, so it’s cool.

It’s entertaining how you speak to the spirits in Black vernacular like you’re talking to anyone. Have you found that ghosts react to you differently because of how casual you are?

Dalen: Yeah, I would say so. We didn’t know the rules and regulations and like the typical norms of it. So we went into this situation, we ask questions the same way we talk to everybody else. So there’s no point in changing your voice or octave levels or the way you speak. Now the only time we run into something like where we’re at a plantation or where the story is from the 1800s and you come in and use word “lit”. Or current vernacular, there may be a gap there.

You can’t come in there saying “lit”. The [ghosts] will be like “what are you talking about?”

How often do you stay connected with the families you’ve helped?

Dalen: Alot of them we still follow on social media. A few of the families we still keep in contact. For example, Jeff Acre is one person we stay connected with and we hear from him weekly on Facebook.

Juwan: To that point, we keep in contact with some of these families, because when we’re there for the weekend, we don’t just bond over paranormal. So we really kind of sit down we meet the kids, we meet everybody that lives in the home and then we find out like hobbies and stuff that we have in common. I know from the last location, we connected via social media, but we had bonded over music. So you build these connections with families and it’s not just the paranormal aspect.

‘Superstition’ Appears on SYFY This Month

‘Ghost Brothers’ returns this Friday for its second season