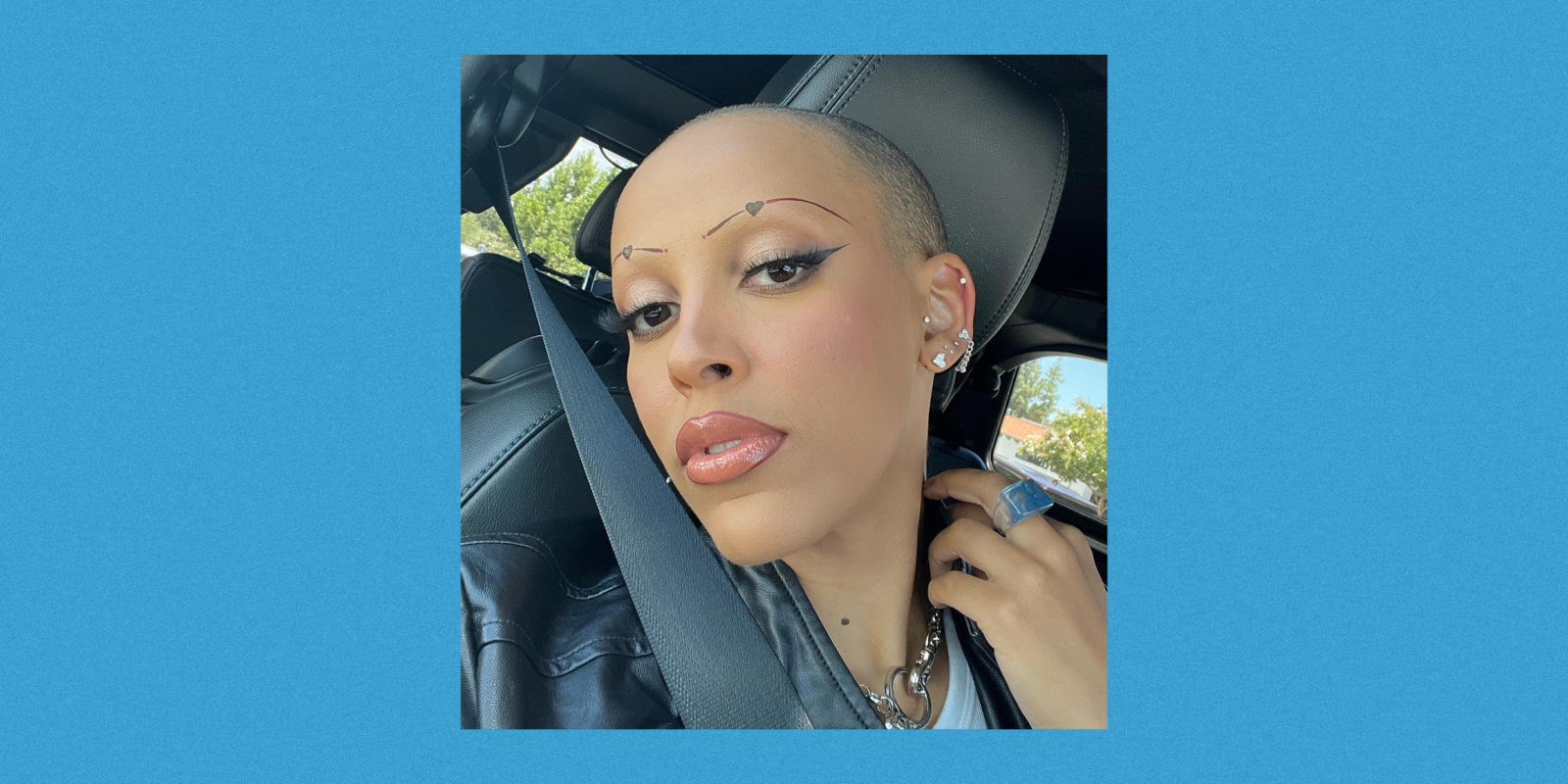 When the Grammy-winning singer and rapper Doja Cat shaved her hair and eyebrows, live on social media, it shocked fans and viewers. Audiences wondered if it was a mental breakdown or a rash decision. Either way, a woman shaving their head is something that society has scrutinized for decades.

Let’s take a look at the controversy of female celebrities shaving their heads and how the Planet Her artist is helping us redefine our definitions of beauty and empowerment.

What’s the big deal about women shaving their heads?

Heading shaving can be interpreted in many different ways. Some people see it as an act of rebellion, while others see it as a fresh start. Shaving one’s head can also be looked at as a way to cope with an illness. Yet when we ask the question of why celebrities shave their heads when so much of their brand is based on their looks, it makes us question what may be going on underneath the surface.

According to an article written in Vice magazine, women’s hair has long been associated with women’s femininity and sexuality. Because of this association, in the time before the internet, woman would cut their hair or shave their heads to help them resist sexual advances from men.

JoHannah Yankey, a student from Tampa, Florida, was quoted in Bazaar magazine about her experience with buzz cutting her hair. In the magazine, she states that she had some concerns and questioned if men would still find her attractive and approach her. “Hair, means beauty,” Yankey says.“People think long hair is beautiful.”

So when she finally committed to saying goodbye to her hair, it was a freeing experience.

In recent years, buzz cutting became trendy with the hashtag #quarantinebuzz, a time during the quarantine when 100s of users posted videos of themselves shaving their heads to shake up the mundane life caused by quarantine. Although this is a valid reason to cut one’s hair, it’s important to note that women can shave their hair just because they want to. They don’t need a worldwide pandemic to do so.

Yankey further shared her experience in the Bazaar article, saying, “It wasn’t an emotional breakdown or anything—I know people typically assume you must be going through a lot to cut your hair. I was mentally stable. I was aware of what I was doing. I did not regret it afterward. It felt like a weight lifted off of me.”

Why Doja Cat cut her hair

Now we turn our attention back to the rap artist Doja Cat who’s known for her unique fashion sense and sported pink hair on her first and second album covers.  Why did Doja Cat cut her hair? Was it a nervous breakdown or a rebellion? The simple answer was explained by Doja Cat through an Instagram video. She doesn’t like having hair, and she’s never liked having hair.

In the People magazine article, Doja Cat is quoted talking about the struggle of wearing her natural hair. It spirals, coils, and reaches for the sky, which is beautiful but also requires a lot of maintenance. The upkeep for natural hair is intense, time-consuming, and downright exhausting at times.

The multi-talented singer and dancer was quoted saying, “What is the use of having hair if you’re not going to f—ing wearing it out? I don’t even sport it, so I’m shaving it off. There’s no point. I’ve never felt so f—ing happy. It’s very funny how much of an effect taking my hair off my head has positively influenced me.”

For years women, particularly Black women, have had to design their lives around their hair. And Doja Cat was no different. The artist often wore a wig to work out and perform in while her natural hair was tucked under wig caps because it was more convenient that way.

Doja cat also stated that she can do more of the things she enjoys, like swimming and surfing, now that she doesn’t have to worry about getting her hair wet.

After the deed was done, Doja Cat received praise and congratulations from her fans. It was an act worthy of all of our applause because as every strand of hair fell to the ground, she rejected societal beauty standards and reclaimed her own image of beauty.

Will a woman shaving her head be normalized?

For the women who have been proudly and beautifully rocking the shaved head, Doja Cat’s reveal may not have caught your attention. Yet for women who have tied their identity, their sense of self-worth, and beauty to how long and lush their hair is, the superstar’s act is a reminder to let it all go. What is most important is how we feel about ourselves. Doja has made it clear that she feels free without having to worry about her hair.

Hopefully, as the years go on, and talk about hair becomes normalized, a woman shaving their head will be a welcomed act just like a woman deciding to get highlights or braids put in.

We can applaud and admire Doja Cat for this brave move, not for simply removing her hair but for treating it to be as normal as buying a new pair of shoes. She wasn’t worried about what others thought. Instead, she was more concerned about having a shapely bald head, which she does.