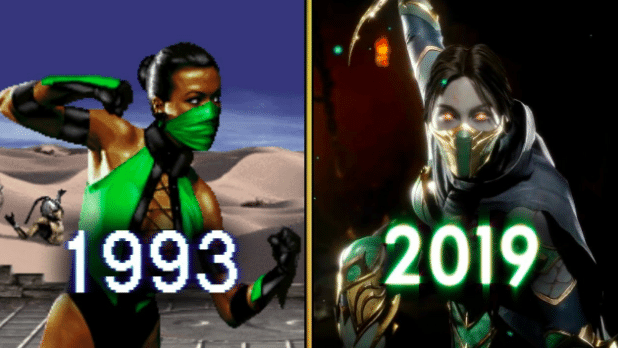 The Mortal Kombat series has been a major part of video game history since the first game was released in 1992.

The game has had many controversies and moments of greatness that have contributed to the series standing the test of time for so long. The many characters and their arcs are what keep the fans and newcomers coming back for more.

As we draw closer to the release of the eleventh entry, let’s look back on a much-beloved character who will be making her return to the game since sitting out Mortal Kombat X. Here are a few moments that emphasize why Jade’s return is so welcome and anticipated. 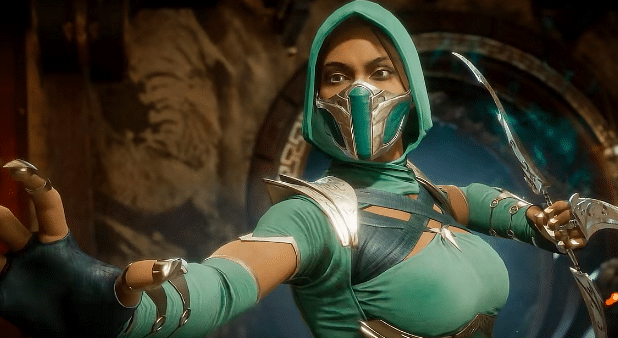 Jade’s first appearance in the series didn’t even see her as a member of the main roster of characters. Jade was a secret character in Mortal Kombat II and the conditions in which you could face her were not an easy feat.

In order to summon Jade, the player had to wait until a match came up marked as “?” and only use low kicks to win one round. After that, the player would be transported to Goro’s Lair to fight the then-mysterious female ninja. She’d even show up during matches and give hints on how to access her fight. Such as referencing the famous strong-legged fighter Chun-Li.

Jade’s would become an official character on the roster until Ultimate Mortal Kombat 3 and it’s here that we get her backstory and a bit of her personality and motives. She’s the childhood friend of Princess Kitana and has served alongside her and Mileena as one of Shao Kahn’s assassins. After getting orders from Emperor Shao Kahn to capture Kitana she ultimately chose to join her friend. It’s here that one of Jade’s defining characteristics are introduced: her fierce loyalty to her people and her realm. 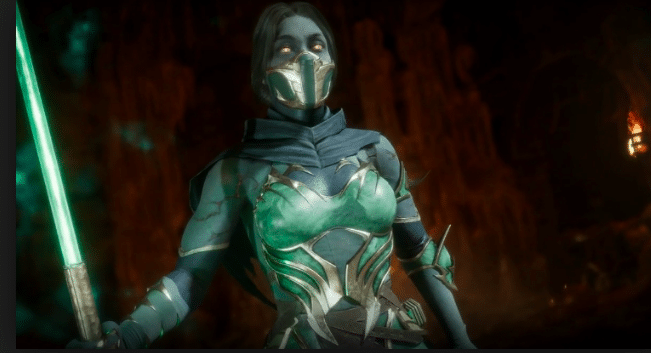 In the interim between UMK3 and Deadly Alliance, Edenia is freed from Shao Kahn’s rule and separated from Outworld. Jade becomes a general in the Edenian Royal Army. She’s the right person for the job seeing as she cares about her realm and fights for its protection whenever she is able.

After being absent in Mortal Kombat Deadly Alliance, Jade returns in Mortal Kombat Deception to rescue her life long best friend Kitana who had fallen under a spell placed on her by The Dragon King Onaga. She freed Queen Sindel from a brainwashed Kitana and they fled to Outworld through a portal. But before fully traveling through the portal Jade looked by and saw the Edenian traitor Tanya standing amongst Onaga’s allies.

This would be Jade’s last significant story in the original timeline before the series was rebooted in Mortal Kombat (2011). In this new timeline, things begin just as they did before but take a sharp turn for the worst when Jade is murdered at the hands of a brainwashed Sindel. After being killed by her former queen, Jade is turned into a revenant by the sorcerer Quan Chi and used to do his bidding against her former allies, trapped in the Netherrealm. 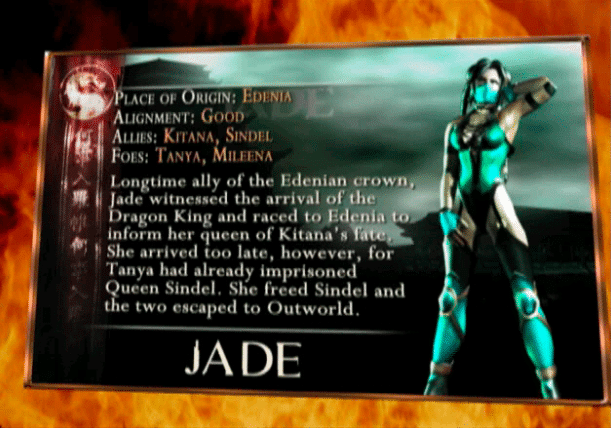 Seeing as a major story element for Jade is loyalty, it comes as no surprise that she does not take kindly to traitors. Especially traitors to her home realm of Edenia. Such as the aforementioned Tanya and Rain, a self-proclaimed Prince of Edenia who also betrayed his realm in exchange for protection from Shao Kahn’s extermination squads. Jade sees any disloyalty or dishonesty with disgust and will eliminate it if possible.

Jade is not only a popular character among MK fans but gamers as a whole take to her. She’s a highly cosplayed character with many people donning her iconic green bodysuit and thigh high boots. She also appeared in a video for G4’s Video Game Vixens where she displayed her more playful side. The video has garnered quite a bit of attention since it first hit the web in 2007. She’s also been featured in many of Mortal Kombat’s other projects such as the second film, Mortal Kombat Annihilation, the novels, and the Malibu Comics second series Battlewave. Though, in Battlewave Jade is substantially different from her usual portrayal. 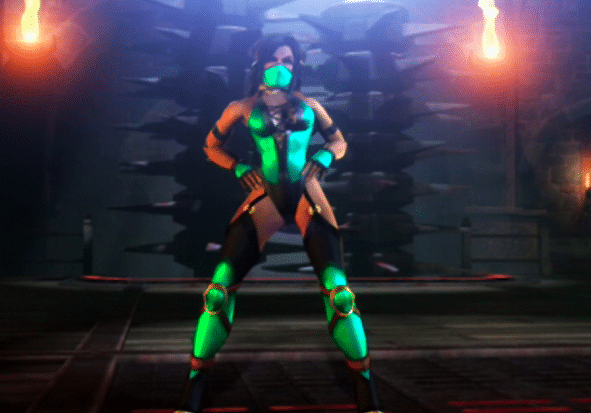 Along with her being one of the few recognizable dark skin women in the fighting game genre. There’s always been a debate about whether Jade is Black or what most would call Middle Eastern, but above all, she’s a strong, beautiful dark-skinned woman who has always fought for the freedom and autonomy of her realm and for that we as the gaming world love her.

In Mortal Kombat 11, it seems the stakes are growing even higher since the last entry in the series. It’s only fitting that one of the most fleshed out and beloved characters makes a return. Jade’s return to the main series has been highly anticipated and her presence has been missed. It’s interesting to witness how her story is evolving and where she’ll go in the future. But what we can always count on is that this warrior won’t be pulling any punches.