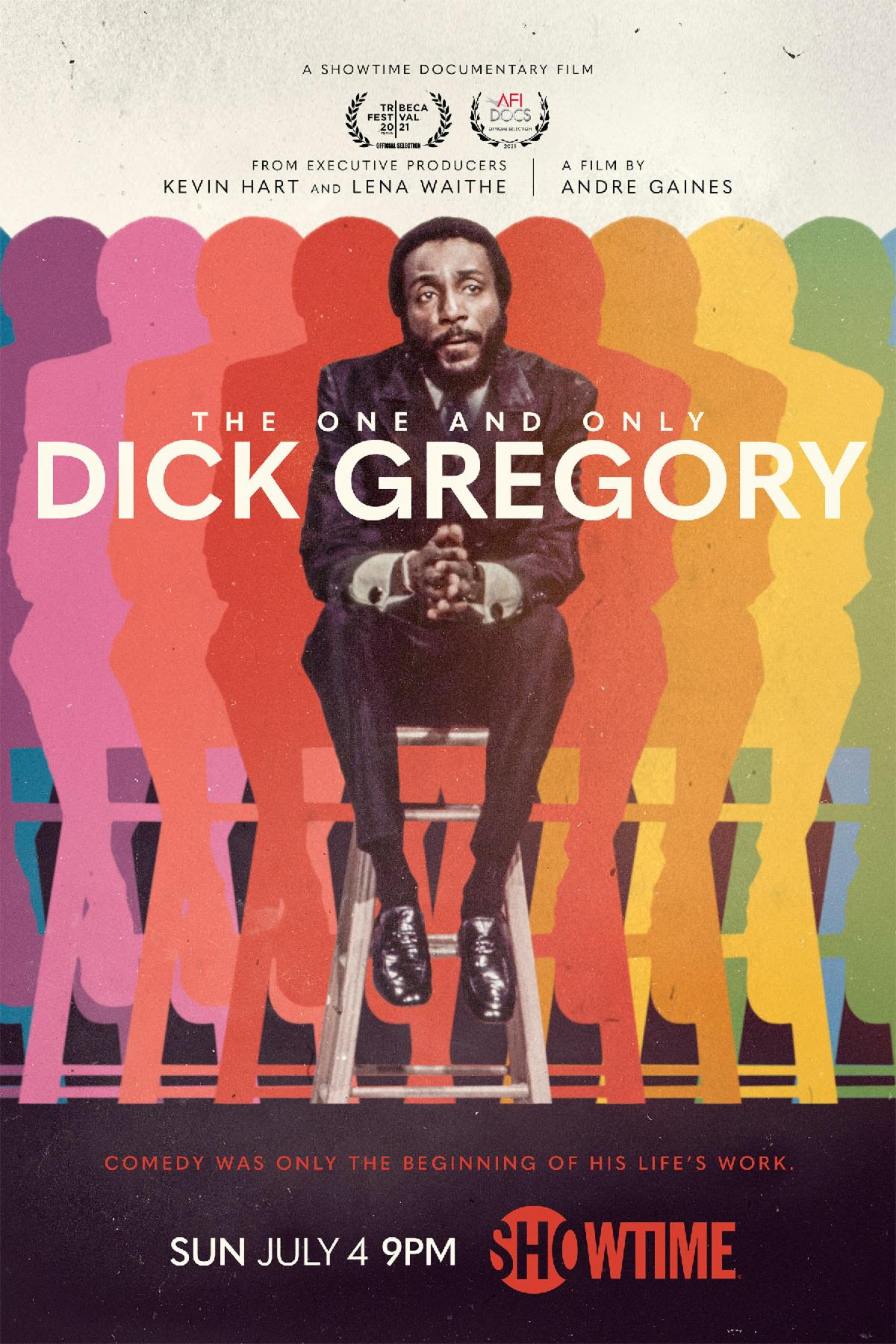 Showtime released a trailer for The One and Only Dick Gregory, the directorial debut from producer Andre Gaines (The Lady and The Dale, Bill Nye: Science Guy). The documentary feature unpacks the career of Dick Gregory, the activist, pop-culture icon and thought leader who changed the lives of millions across the world through constant disruption and awareness.

Gregory inspired a generation through on-the-ground activism, an untiring desire to help and his influential comedy. Featuring archival footage of his early career as a comedian, the film is bookended with Gregory’s own voice just before his death in 2017, reflecting on the impact of his life on the world as a self-described “agitator.” Dave Chappelle, Chris Rock, Kevin Hart, Wanda Sykes, W. Kamau Bell and others discuss Gregory’s paradigm-shifting significance on the art of comedy and culture. The film features original music by Black Thought of the Grammy® award winning hip-hop band The Roots.The One and Only Dick Gregory is a Cinemation Studios production, written and directed by Gaines, and produced by Gaines and Valerie Edwards.

The film is executive produced by Kevin Hart and Bryan Smiley for Hartbeat Productions, Lena Waithe and Rishi Rajani for Hillman Grad Productions, and Christian Gregory, Chad Troutwine and Matt Rachamkin. Showtime Networks Inc. (SNI), a wholly owned subsidiary of ViacomCBS Inc., owns and operates the premium service SHOWTIME®, which features critically acclaimed original series, provocative documentaries, box-office hit films, comedy and music specials and hard-hitting sports. SHOWTIME is available as a stand-alone streaming service across all major streaming devices and Showtime.com, as well as via cable, DBS, telco and streaming video providers. SNI also operates the premium services THE MOVIE CHANNEL™ and FLIX®, as well as on demand versions of all three brands. SNI markets and distributes sports and entertainment events for exhibition to subscribers on a pay-per-view basis through SHOWTIME PPV®. For more information, go to www.SHO.com.