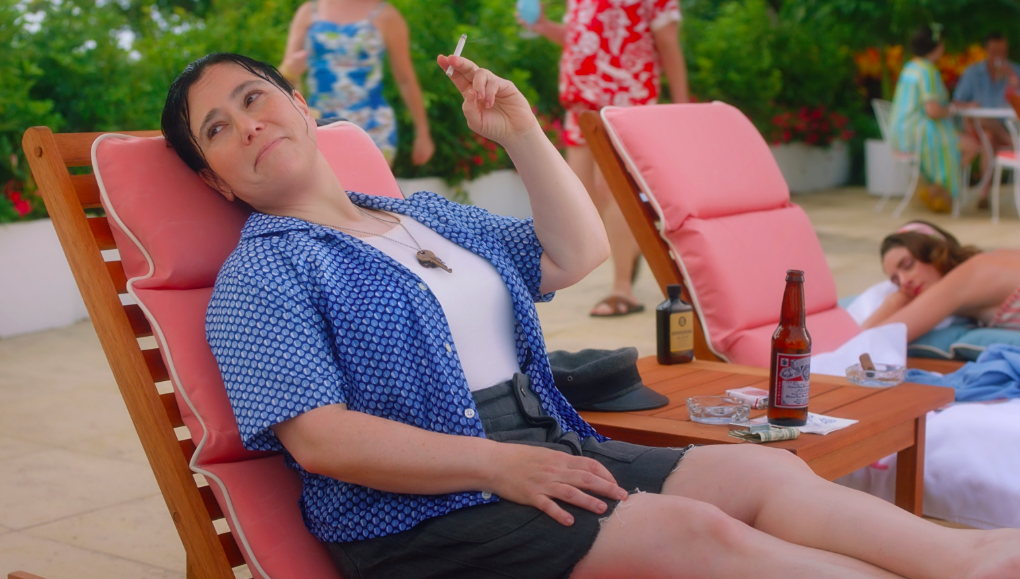 For hard-following fans, it’s no secret that Season 3 of The Marvelous Mrs. Maisel debuted in December of last year.

It’s also no secret that BGN has done previous articles and reviews of the show, which is writers Daniel and Amy Sherman-Palandio‘s humorous, pastel postcard to mid-20th century New York City in all its glory, with old-time showbiz ambitions and insight into the Jewish culture during that time.

In her stand up act, budding comic Midge Maisel wears gorgeous little black dresses and talks about what she knows: her parents, her ex-husband, her now also ex-in-laws, her kids, and life with a dash of raunch. She doesn’t know it yet, but the Civil Rights Movement, Women’s Lib, and equal pay for women are right around the corner.

Keeping Midge’s feet on the ground is her manager, Susie, played by Alex Borstein. BGN spoke with Borstein about what their characters experienced in Season 3, plus the scoop on Brit star LeRoy McClain’s role.

What’s in store for Susie and Midge this season?

This season is all about these two character’s friendship, their relationship, and their careers taking flight literally and figuratively. They are going on tour, and they are trying to build their careers and open their world. In doing so, they personally have a lot of growing to do. And, growing is often painful. There are a lot of growing pains.

The Susie/Midge friendship is like a comic and a straight man. Was this purposeful or just how it fell?

Well, in real life there are a lot of people that you know only on a daily basis and you think, “This person is really funny. This person is very clever. They are very quick-witted.” But there is a very big difference between being that friend and the funny guy in the office and performing, being able to craft an on-stage performance. Midge is the artist, and Susie just sort of has a sharp tongue. I think it’s realistic. I think that exists in a lot of people’s lives.

Mrs. Maisel takes us back to the 1950s. Was there any kind special research that you had to do to get into that world?

Not really. Before I go on an audition, I like to dress a bit like what I am doing because it helps me flow a little bit more like a character. I started looking online trying to figure out what this woman would look like, and looking at some kind of Greenwich Village, counterculture, downtown feeling. That when I first saw this hat. That feel helps me know what I want to present. But I didn’t do any research after that. I kind of like to take what Amy’s written and see how I would voice it and go from there.

Was there anything that you knew organically about the 1950s that was interesting to you?

Yeah, I’ve always been a fan of comedy and known Lenny Bruce’s work, so there’s been a lot of stuff I listened to my whole life. I didn’t necessarily throw myself into that for the project.

This season, there are people of color on. Can you explain how Midge and Susie interact with them?

Midge goes on tour with Shy Baldwin, which is LeRoy McClain, and there are a whole bunch of other characters that are on tour. In Shy’s camp that are people of color and that lends itself to the story.

That was kind of great because it’s a very honest depiction of Midge’s world opening up; of Midge having been brought up in this very sheltered bubble and having that open up and reaching beyond it and realizing there’s other people in the world and other causes rather than those in their town.

It’s been very organic, sort of a ripple effect of moving outward in a pond.

Is Sterling K. Brown a part of that entourage or another part of the story?

Let’s just say he is a formidable force while Midge is on tour.

And is the Shy Baldwin character based on one person or a composite of singers from that era?

I think there’s a part of Johnny Mathis and those crooners of that time. I think that’s the feeling Dan and Amy used to pull from.

I’m doing a live tour. I’m doing a show here in New York and five nights in London and then I’m touring Europe.

What brought that on?

Working with two gentlemen in Barcelona who are musicians. We are friends, and we started messing around and playing together and started writing some material to go with the music we were creating. So it’s kind of standup and spoken word, and there are songs throughout the whole piece. It’s called Alex and the Amerstergang. We all met and kind of bonded in Amsterdam, and it focuses on coming out of a 20-year relationship and navigating the world single. It talks about parenthood. It talks about our political environment. It talks about the world, which seems to be on fire right now.

I dipped into your Twitter, and you know Patton Oswalt (a BGN fan). You did ACE comedy improv here in LA. Is that how you met him?

Oh yeah, I know Patton from standup years ago, and also he did voices on Family Guy, so I’ve known him in a couple of different ways.

Yes, very funny and smart and so sharp, and really, really bright.

What’s the one thing that has changed for you since you found success?

I have the incredible luxury and privilege of deciding what I want to do and to choose to do things solely because it will bring me joy or will be a wonderful challenge. I don’t have to operate out of fear. I don’t have to take any work that I don’t want out of fear that nothing else will come along. I feel very comfortable and stable in my family in that I know that I can take care of them and provide healthcare for them.

I am very, very lucky, especially coming from an American system where if you can’t provide your own insurance you may be screwed. So I feel very very lucky that success has allowed me that.

Seasons 1, 2, and 3 of The Marvelous Mrs. Maisel are currently streaming on Amazon Prime.

Mrs. Maisel, Mei Lin, and the World of 1960s Chinatown