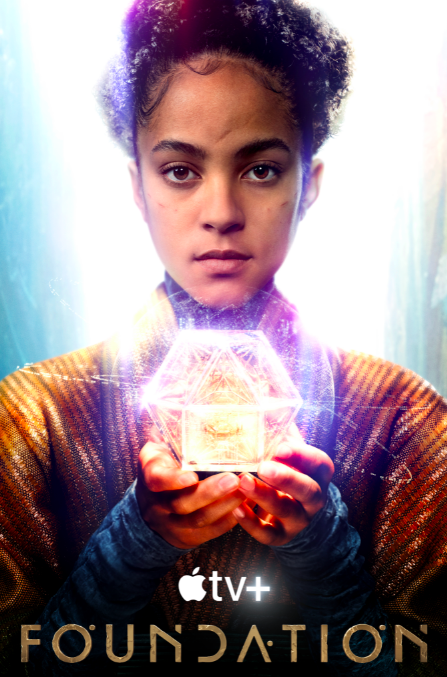 Apple TV+ today released the trailer for Foundation, the highly anticipated, epic saga based on Isaac Asimov’s timeless trilogy of the same name. Revealing a deeper look than ever before at the unprecedented adaptation, the trailer invites audiences across the galaxy to embark on a thrilling and emotional journey following a band of exiles who discover that the only way to save the Galactic Empire from destruction is to defy it. Helmed by visionary showrunner and executive producer, David S. Goyer (Batman Begins, Man of Steel), the first season of Foundation will exclusively hit Apple TV+ worldwide on September 24, 2021 with the first two episodes available, followed by one new episode weekly, every Friday.

When revolutionary Dr. Hari Seldon predicts the impending fall of the Empire, he and a band of loyal followers venture to the far reaches of the galaxy to establish The Foundation in an attempt to rebuild and preserve the future of civilization. Enraged by Hari’s claims, the ruling Cleons — a long line of emperor clones — fear their unrivaled reign may be weakening as they’re forced to reckon with the potential reality of losing their powerful legacy forever.  Featuring an international cast led by Emmy Award nominees Jared Harris and Lee Pace, alongside rising stars Lou Llobell and Leah Harvey, the monumental adaptation chronicles the stories of four crucial individuals transcending space and time as they overcome deadly crises, shifting loyalties, and complicated relationships that will ultimately determine the fate of humanity. The Apple Original drama also stars Laura Birn, Terrence Mann, Cassian Bilton and Alfred Enoch.  The inaugural 10-episode season of “Foundation” is led by showrunner and executive producer David S. Goyer and produced for Apple by Skydance Television with Robyn Asimov, Josh Friedman, Cameron Welsh, David Ellison, Dana Goldberg and Bill Bost also serving as executive producers.  Apple TV+ offers premium, compelling drama and comedy series, feature films, groundbreaking documentaries, and kids and family entertainment, and is available to watch across all your favorite screens.

After its launch on November 1, 2019, Apple TV+ became the first all-original streaming service to launch around the world, and has premiered more original hits and received more award recognitions faster than any other streaming service in its debut. To date, Apple Original films, documentaries and series have been honored with 126 wins and 511 awards nominations.

‘The Sky is Everywhere’ From Apple TV+ Releases New Trailer