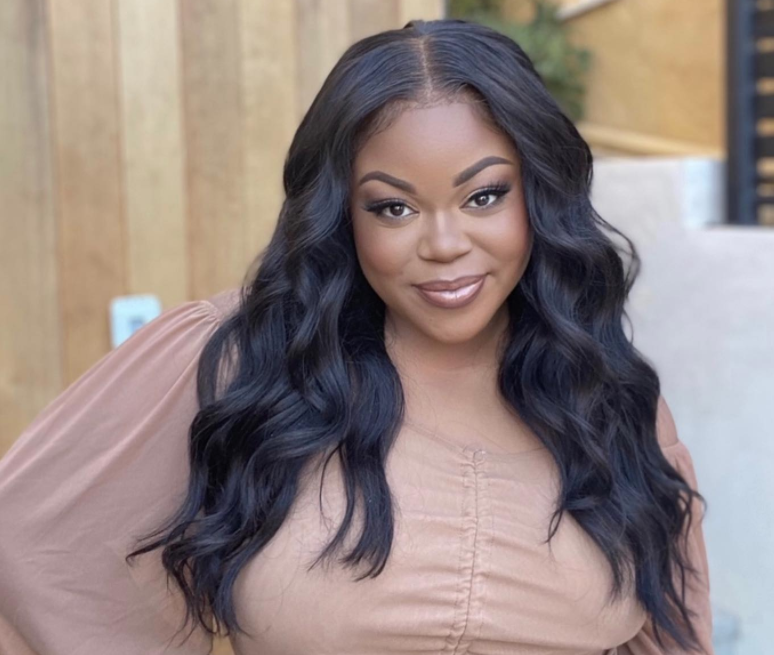 One of the funniest, engaging, and newsworthy Instagram media accounts to follow is none other than The Shade Room.  The media company has become a trailblazer in the Black community for breaking all kinds of news in the pop culture spectrum.  From music, TV, film, sports, beauty, fashion, and more, The Shade Room offers a dose of daily entertainment straight to your feed. As of this writing, The Shade Room has nearly 26 million followers and counting and has had quite the journey from its launch in 2014 from its founder Angelica “Angie” Nwandu.  In January, Nwandu chatted with BGN via phone to talk about her multi-media company and how her faith shaped her vision for the company.

One thing Nwandu is most proud of with TSR is its captivating community of followers. Nwandu says, “I feel like they are the heartbeat of The Shade Room. When people come up to me, they say the comments are everything.” However, for Nwandu, the messages that TSR sends out are important. It’s not lost on her that controversial news is distributed on TSR that negatively reflects Black entertainers.

“You look in the comments and you see people growing, and learning from the conversation. I see a community talking together, holding people accountable. They move the conversation forward. I begin to look at [the controversy] differently,” Nwandu remarks.

While Nwandu’s platform does offer a place for tea-sippers to kiki at the latest celebrity scandal in the comments, there’s also a faith-based arm of TSR aptly titled The Same Room. The IG account is described as a place where faith meets culture. In a 2021 interview with Ebony, Nwandu stated that she got a vision from God about The Shade Room after having a major setback of dealing with the account being removed twice. During our call, Nwandu was on a 22-day fast where she refrained from meals from 6am – 6pm. The entrepreneur described it as one of the hardest things she’s ever done.  Nwandu candidly says, “Nobody fasts when your life is going well.  Usually, when people fast, they need to hear from God.”

She further elaborated on what happened in 2017 and that she was suffering from depression.  She did have a vision, but no blueprint on what to do about her vision of TSR. She knew that there was something big that was in store for her to create with TSR but was still insecure if it would actually happen. During this season of her life, she wondered would TSR grow into the vision she had imagined?  Would the seed that God planted in her take root?  Then the doubts, the fear, the lies her mind started to tell her about the vision started to fester. Nwandu described the process as a rollercoaster ride.

For Nwandu, who is a praying woman, she learned from 2017 till today that she learned to place her trust in God. To walk with Him, pray and stay close to Him. Through this process, her faith grew strong because although she did receive an offer for a 100K investment from VC Bryce Roberts — in her prayers — God led her to continue this entrepreneurial journey on her own without taking any more investment money. Her process of fasting and prayer put her on a path of clarity of how to run her business and to have confidence in the work she’s doing.

While the road to success is never easy, and Nwandu is frank about how she uses her faith as a catalyst to continue to build her media empire, she does offer some sound advice for women interested in starting their own media brand.

“Reflect on yourself and think about what you need in the media space that’s missing. What do you feel like you don’t see in the media? Work and build an idea around that,” she adds. Nwandu understands the power of community and states that people are driven to strong groups.  The social networking digital culture we are in today is proof positive that online communities are the core of creating a thriving business. Nwandu simply advises seeking to fill a void and asking yourself “what do I need?” and working to fulfill that need is the key to building a great media brand. As the founder of the online media publication and community Black Girl Nerds, I couldn’t agree more with her sentiments on this subject.

TSR launched a 6-episode series in partnership with Facebook Watch as part of their We The Culture initiative. We The Culture elevates Black creators to share their vision with the world, spark community, and empower them to build successful, entertaining, and sustainable networks. Over the last year, TSR launched 3 new original series: The Shady Brunch, a cooking competition; Thick House, a plus-size modeling competition celebrating body diversity; and most recently, Love Locked, a first of its kind dating show starring an all-Black cast.

Angelica Nwandu has also had a hand in the film industry, she wrote the film Night Comes On starring Dominique Fishback. The film won the NEXT Innovator Award at the 2018 Sundance Film Festival. She’s also attached to the impending Universal Pictures horror-comedy film Juju along with Issa Rae and La La Anthony.

However, for Nwandu she’s ready to expand further.  She’s interested in creating a platform for breaking news in marginalized communities. She recalls, “When the situation happened with Mike Brown and Ahmaud Arbery, the people who held this story in their hands were the huge white media companies because they had access to get on the scene. They also had access to get into the courtroom.”

She wants a community news platform that reports what’s happening in our community. It wouldn’t be surprising at all if she’s running her own news network in the next 10 years.

You can follow Angelica “Angie” Nwandu on her personal IG @noigangelica