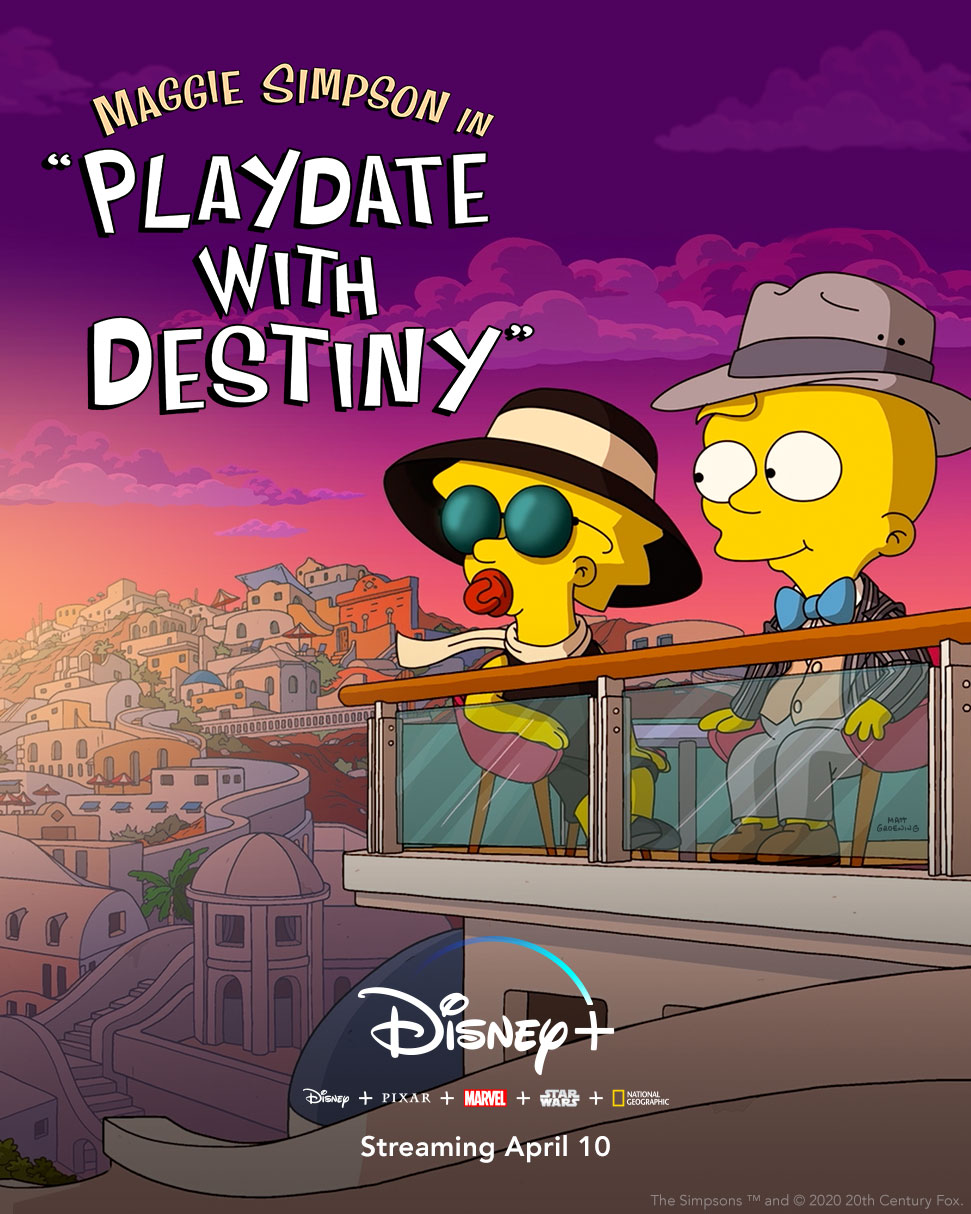 Today Disney+ set a playdate with the Simpsons announcing the animated short film “Maggie Simpson in ‘Playdate with Destiny’” will stream globally on the service beginning tomorrow, Friday, April 10.

The Simpsons creator Matt Groening shared a special handwritten note on social media revealing the news with fans around the world.

The film begins on a day that seemed like just another day at the park for Maggie Simpson. But when Maggie faces playground peril, a heroic young baby whisks her from danger — and steals her heart. After a blissful first playdate, Maggie can’t wait to see her new baby beau again the following day, but things don’t go exactly as planned.  Will fate (or Homer) get in her way?

Originally released in theatres before Disney and Pixar’s Onward, “Maggie Simpson in ‘Playdate with Destiny’” builds on the success of the franchise’s 2012 Academy Award-nominated film, Maggie Simpson in ‘The Longest Daycare’, which will also begin streaming on Disney+ later this month. Both films join the service’s impressive The Simpsons collection including The Simpsons Movie and 30 seasons of the Emmy Award-winning television series.