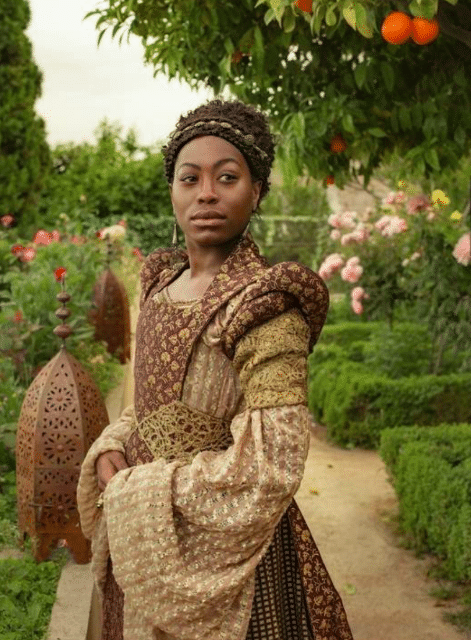 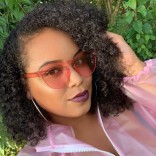 When you think of period dramas, they are all uniformly white, filled with pale alabaster brows brooding in decadent costumes.

This is especially true when it comes to any adaptation of the Tudors and their playboy king, Henry VIII. From The Tudors to The Other Boleyn Girl, all we’ve seen is pale faces involved in dark political intrigue and scandal, vying for power.

Based on the novels of Phillipa Gregory, The Spanish Princess follows the story of Catherine of Aragon (Charlotte Hope) as she fights for the love of Henry VIII (Ruairi O’Connor) and a place beside him on the English throne. Helping Catherine adjust to her life in this strange, cold country is her loyal lady-in-waiting, Lina de Cardonnes (Stephanie Levi-John), a woman of African descent. It’s not often that you see a woman of color as the closest confidant to royalty, but Lina de Cardonnes was a real person and she served Catherine faithfully for 26 years. The Starz series may focus on the life of Catherine of Aragon, but Lina is also at the center of the story and quickly became a fan favorite.

Very little is known about the life of Catalina “Lina” de Cardonnes. We know that she was a young woman from Moorish Granada, and she was placed in the service of Catherine of Aragon (also named Catalina, whose name was Anglicized to Catherine). Lina first appears on screen finely dressed and dripping in jewels, with her natural curls cascading down her back, a symbol of her status. She was among the 60 servants in Catherine’s household who accompanied her to London for her impending wedding to Henry VII’s (Elliot Cowan) heir, Prince Arthur (Angus Imrie). When Catherine arrived in London in 1501, she made a public display of her native country, followed by an entourage of Moors, Jews, and Spaniards. Amongst her household guard was a Moorish bowman named Oviedo (Aaron Cobham), who later became Lina’s husband.

Lina, along with her fellow lady-in-waiting Rosa (Nadia Parkes), prepares Catherine for her nuptials to the awkward Prince Arthur. We soon learn that the tender letter written to Catherine from Arthur was actually written by his younger brother, Henry. Catherine is torn between her duty and her heart, but despite the focus on Catherine’s love life, Lina’s romance also takes center stage. 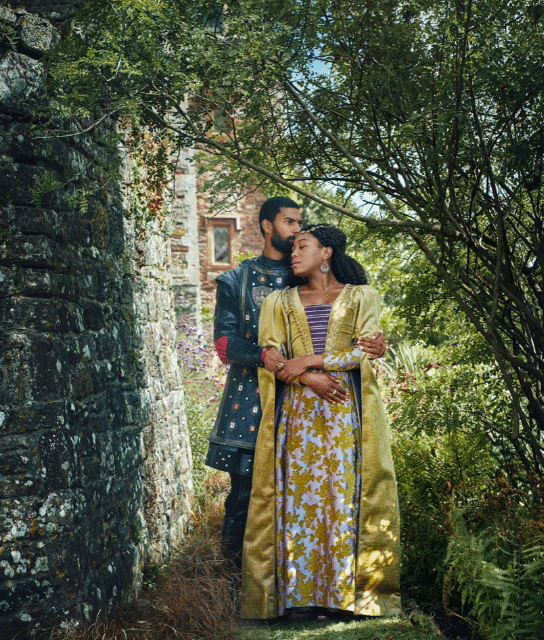 Lina initially resists the advances of Oviedo as she knows he is beneath her station and a Muslim. Lina knows she must marry a member of the Tudor household in order to secure Catherine’s alliance with the great house, and as a Moor who has converted to Catholicism, marrying a Muslim man would be frowned upon. Lina focuses her attention on running Catherine’s household and helping her navigate court life. Despite their rocky romance, Catherine becomes fond of the quiet prince and Lina is present when the consummate their marriage. However, their happiness is short-lived.

A mysterious illness hits the Tudor household just weeks after Catherine’s wedding to Arthur. Historians of that time call it the “sweating sickness.” Lina soon becomes ill, and it is Oviedo who nurses her to health. His kindness eventually wins her heart. Lina’s love blossoms for the charming bowman as Catherine’s life crumbles around her. Prince Arthur dies from the sweating sickness, and Catherine is widowed. Since she is not with child, Catherine and her household are in danger of being cast out of England. Catherine soon sets her sights on Henry and swears Lina to secrecy regarding her coupling with Arthur. Lina’s decision to hide her lady’s secret sets in motion events that changed the Tudor monarchy forever. 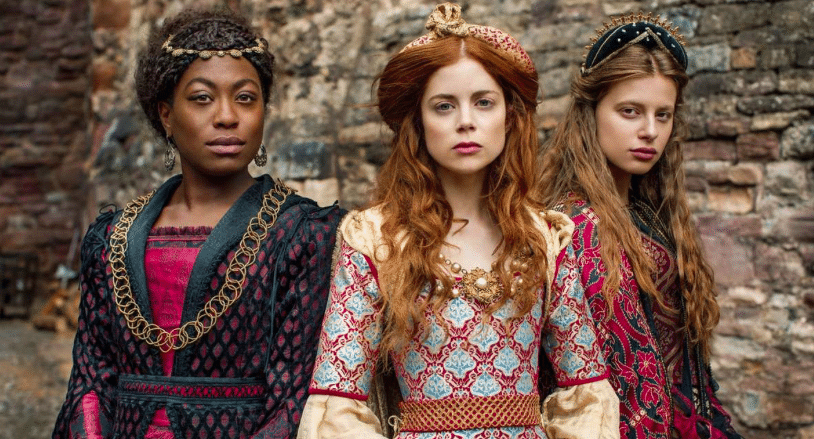 Catherine came from Spain to be a queen, but now that she is widowed, Lady Margaret Beaufort (Harriet Walter), Henry VII’s mother, and his wife Queen Elizabeth of York (Alexandra Moen) want Catherine gone. Catherine must contend with these seasoned players, but Lina is there every step of the way. Lady Margaret knows that Catherine lay with Arthur and her marriage to Henry would be a great sin in the eyes of God. Elizabeth of York has visions that Henry’s marriage to Catherine would be cursed. She prophesized before her death that their union would not bring forth any male heirs.

As Catherine’s lady-in-waiting, Lina has information that could end Catherine’s hopes of becoming queen, but she is loyal to her princess. It is rare to see a black woman hold such power. She is Catherine’s confidant and companion and is vital to her survival in the court. Along with her duties as Catherine’s lady, she also keeps the rest of the household in line. Rosa, beguiled by a life in court, becomes pregnant by the charming Lord Stafford, and it is Lina that helps her through her pregnancy and subsequent miscarriage. In many ways, Lina is the glue that holds everything together.

We know how the story ends: Catherine eventually marries Henry VIII and becomes the first of his six wives. Catherine, divorced later by Henry in favor of Anne Boleyn, lived her life in quiet obscurity. Lina, for her part, has a happy ending. According to historians, she married Oviedo. After 26 years in Catherine’s service, she retired in Spain and had two daughters. They lived happily ever after in a world that was unkind to people of darker skin.

Lina was not the only person of color in Tudor-era England. Catherine of Aragon’s arrival ushered in a significant Black settlement in fourteenth-century London. Lina’s story, like many of those for people of African descent, should be brought to the forefront. Luckily for us, The Spanish Princess was renewed for a second season, in June 2019 right before the season finale. Catherine and her faithful friend Lina will return for another chapter next year.

In the meantime, you can catch all eight episodes of The Spanish Princess on Starz On Demand, Hulu, and Amazon Prime. 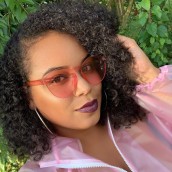