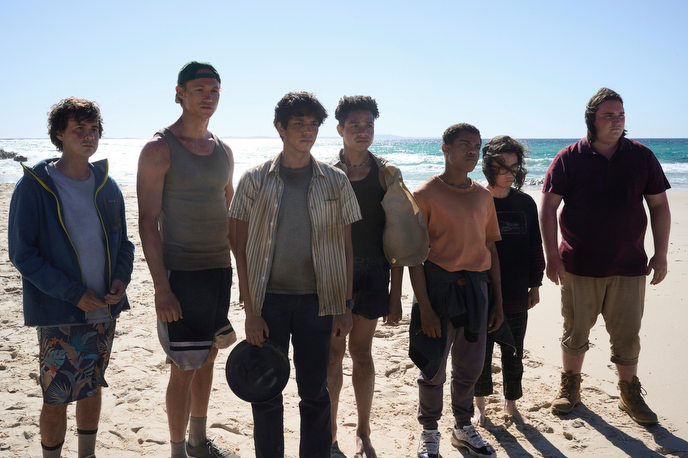 Part of why The Wilds Season 1 grew a cult following is because, in perspective, it is a reflection on what “salvation” means. Following a group of female castaways that initially joined an empowerment program called Dawn of Eve, the mystery of that program was intertwined with how their individual depressions led them to odd dangers. Coming back to Prime Video on May 6, The Wilds Season 2 leaves our characters cracked wide open.

Season 2 opens with our gals rock bottoming. Leah (Sarah Pidgeon) is losing it as she gets clearer about the island being a social experiment. Rachel (Reign Edwards) struggles with the loss of Nora, while Fatin (Sophia Ali) unpacks the mystery she left behind in her diary. Dot (Shannon Berry) and Martha (Jenna Clause) begin to emotionally isolate themselves from the group, and Toni (Erana James) and Shelby (Mia Healey) are trying to maneuver what it means to fall in love while on an abandoned island. As the season progresses, death becomes a major theme, particularly in terms of how our past selves need to die to bring us our future, stronger selves.

Created by Sarah Streitcher, the show depicts grief is ever-present as the ladies become super contemplative on what life is, how it matters after seeing someone you know die, and if being rescued is even possible when you have been so traumatized. These deep questions lead to surprisingly quiet, raw scenes. As the pieces of their past sins and potential outcomes on the island are glued together, they wonder if something is truly wrong with them as people. Yet, the addition of a male control group dominates Season 2 in terms of action, and leads the female portion of the season to feel slow and pensive. Naturally, some will love it and others’ will say, “I miss seeing the women do more.”

While there are some beautiful, vulnerable dialogues on what it is to connect with someone without appearances and filters, amidst the women’s storylines, Season 2’s male cast is focused on intensely in terms of riveting storylines. Personally, I was shook, shaken, and stirred to see the boys join in on The Wilds because by this is an emotional show that was strictly focused on women in Season 1. It is driven by the personal confronations that its characters have with suicidal ideation, societal labeling, sexuality, and self. Yet, seeing a bunch of “lost boys” go through these experiences in Season 2 felt strangely fascinating. Even in 2022, there can still be a struggle to not portray women as bags of feelings and men as bags of “logic” — as if guys think more rationally because they don’t “feel.”

“I am not safe, powerful, included, seen… We wanted to be men… but the truth is some of us were becoming monsters.” This quote stood out to me as Season 2 feels divided between the ladies’ internal search to repair, while the gentlemen break down — both concurring that desperation leads to either. When we first meet the guys, they are about to be in a staged plane crash that was, initially, destined for a rehabilitative, correctional program funded by their parents and led by Gretchen Klein (played to the utmost villainy by Rachel Griffiths). Just on that tidbit alone, we know their smiling faces hide the disappointments and detractions they have had from their families.

Each young man enters The Wilds with his own troubles and doubts over whether others have any good to them. It is as if their own doubt about who they are pushes them to over-doubt everyone’s intentions and actions. Kirin (Charles Alexander) is a jock who tries to “out-alpha” the popular Seth (Alex Fitzalan), whose step-brother Henry (Aidan Laprete) thinks the latter is evil. Rafael (Zack Calderon) is shocked to see his best-friend, Seth, lose it because of “nerdy Josh” (Nicholas Coombe), while Ivan (Miles Gutierrez) is a moral auto-correct for everyone. Finally, Scotty (Reed Shannon) trusts no one but his best friend Bo (Tanner Rook) and battles with his own survivalist mentality. Altogether the new cast finds its own distinct chemistry from the female one and equally pulls in the performances.

When they are not doubting each other’s intentions or trying to cancel each other out, it is genuinely nice to see the men and women come together, especially in this season, which has more Lost vibes. Their laughter and unity brings breath to a season that can feel bombarding because of how it displays the human ability to cut both ways. In some ways, that is why The Wilds can feel so heavy and addictive, especially as the guys and gals wonder whether having rules is what is keeping them from freeing themselves. In essence, the addition of the male control group expanded the show’s attempt to be as much a psychological thriller as a philosophical observance.

Season 2 of The Wilds is currently streaming on Prime Video.