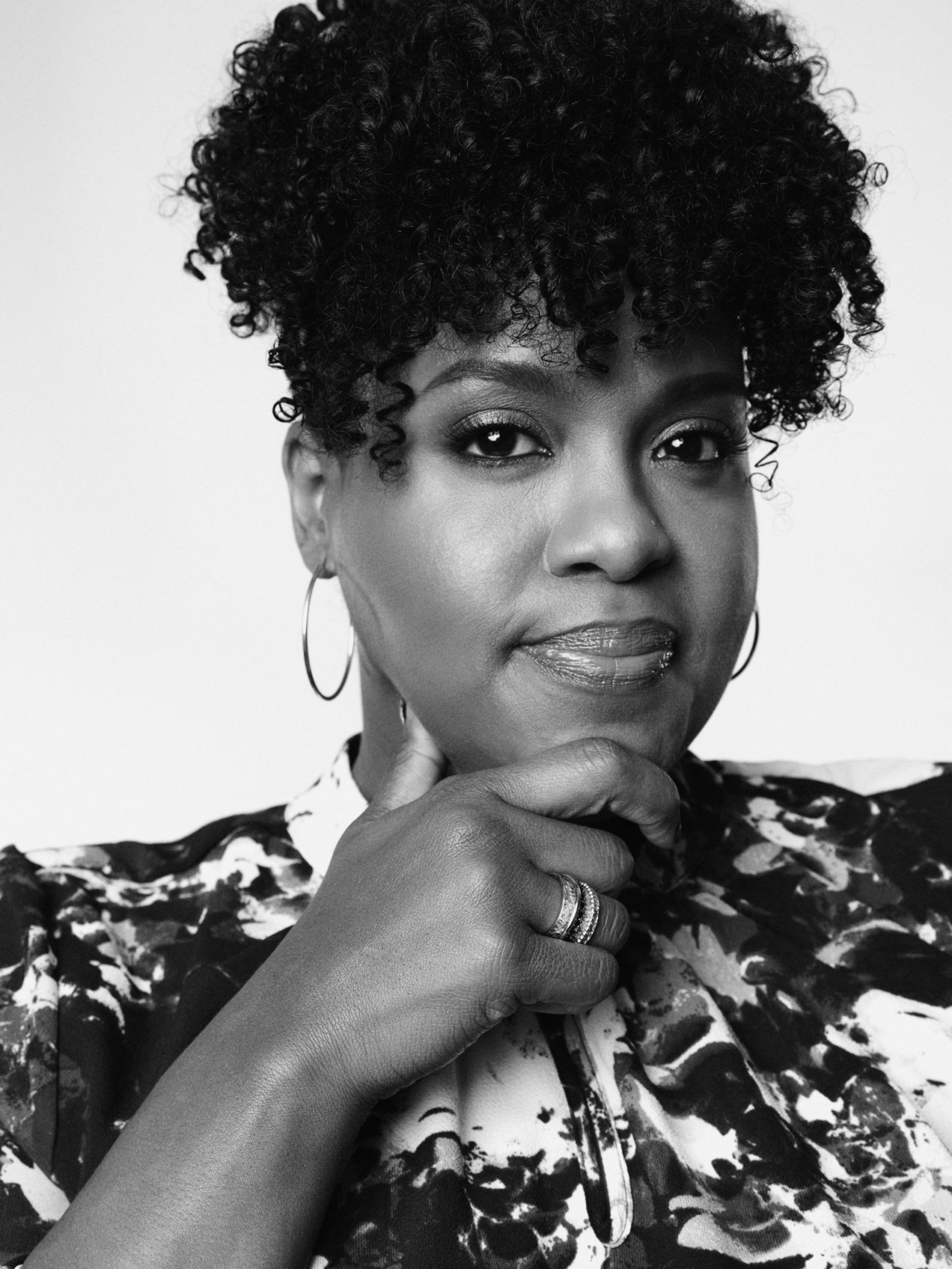 Natasha Rothwell is more than just the best friend on the hit HBO TV series Insecure.

She is a classically trained performer, comedy writer, and producer. She’s also a part of the DC comic book universe with a starring role in Wonder Woman 1984, due for release this year. The multi-talented rising star is also slated to appear and executive produce a pilot for Comedy Central called Malltown.

Rothwell is certainly keeping herself busy these days and is quickly building her resume each season, which we are excited to see. BGN had the opportunity to sit down for a one-on-one exclusive interview to discuss Season 4 of Insecure and to possibly get a little hint about her impending role in Wonder Woman 1984.  We also asked how she’s keeping her sanity while under self-quarantine.

Kelli has been such a fan favorite over the years, and we love her on Insecure. Is there anything surprising that will develop from her character this season?

I think we will see a deepening of what we’ve seen prior with regards to her relationship with Tiffany and the rest of the friends. I think one of the cool things about Kelli is that she’s just very consistent and is there for her friends, even if it means saying something that might come off as harsh. She’s a truth-teller. So I think we’ll see more of that.

How much of Kelli is Natasha and how much of Natasha is Kelli?

In the Venn diagram of Kelli and myself, there’s a little bit of overlap. It’s not as much as people think. We are the same in that we are very fiercely loyal, and honest people. I’m definitely way more introverted, and I tend to be quite shy. Kelli is brave, bold, and gives zero fucks. There are overlaps in good ways for sure. And she’s gold. That’s why I love playing her because she definitely challenges me to step outside of my comfort zone attacking those aspects of my character. I just don’t always have the volume all the way up so it’s nice to be able to flex those muscles.

Playing Kelli through the years, have you learned anything from her?

Oh, absolutely. I think that Kelli is the kind of character who was born into the world and never once doubted her place in it. She never once questioned herself because of gender or race. Unfortunately, so many women of color have to outgrow those mindsets, whether it be nature or nurture, to really step into their own and become self-possessed. Kelli definitely reminds me that there are still aspects of my character and my growth that need attention. It’s a reminder every time I put her on, or we sit down to write her, that there’s freedom in total self-acceptance and self-love. I’ve definitely seen my own growth by proximity.

TSA Bae has everyone talking right now. Would Kelli choose a guy like him?

She’s about her body. She’s about love and sex, and she doesn’t discriminate. TSA Bae, much like her, possesses the sort of unapologetic “I am who I am, and I’m not going to apologize for it.” I think that there’s something very interesting about his character and her character being similar in that way.

Obviously, you’re not only an actor in this series, but you’re also a writer and producer. There are so many hilarious moments with Kelli, especially in Episode 5, where she tries to impress a guy. Are those scenes ever improvised or is that all on the page?

I will say the skeleton is on the page. One of the things that I am really appreciative of, from the very first season of the show, is that Prentice Penny (our showrunner) and the directors, recognize that my background is improv comedy. They know that they can let the camera roll, and I can stay and have fun. It’s been a real treat to be able to flex that muscle because it’s something that I do love to do. Improvising with the rules of where the scene is supposed to go, there’s some coloring within the lines, but it’s really nice to pick the color.

Obviously here at Black Girl Nerds, we’re very excited for Wonder Woman 1984. I know you can’t talk a lot about it, but what is one prop from the set that you wish you could take home with you and why?

Oh my goodness. I don’t even know. I don’t even know how to answer the question. I’m just a student of directors and with ambitions to direct myself and it was just a real privilege to watch Patty Jenkins work. She’s just a truly incredible person. And we have a lot in common. She’s a military brat, and I’m a military brat as well. Just to watch her on set, unapologetic, accomplished, and just with authority — I definitely was taking notes. I have those notes with me for sure.

Good answer. Are you a comic book fan?

I’m not.  My relationship to that whole universe has been through film. It’s been very interesting to have people latch on to my participation in the film through the lens of being a comic book nerd. I’m woefully ignorant about all of it, but it is an honor to be a part of such a wonderful legacy.

Now that you are a part of the comic book universe, if you have the opportunity to play a comic book character, who would you play?

I mean, I’m not as well versed on the villains, but I think that would be just really fun to play. My sort of villain reference is always Iago in Othello. He says, “I’m a villain.” I love that kind of ideology. I would love to be able to, in any sort of comic book universe, pull from that lens because it’s something that I’ve always wanted to do.

How have you been holding up during your self-quarantine? What keeps you sane during these wild times?

Meditation has definitely been keeping me sane. It is difficult. I think all of us were woefully unprepared for the quickness and immediacy of isolation. And, for those of us in the industry, communing with each other and being in the same room with each other, community is sort of the foundation of what we do and how we do what we do. My favorite quote is: “Necessity is the mother of invention.” Luckily, I feel really excited by the creativity of those in this industry to figure out ways to come together and have that community and how to create in the circumstances. It’s by no means very easy. I moved here from New York; I was just in New York for seven years before I came to LA. I have friends who have their boots on the ground in New York, and it’s really dire out there. People are dying, and distress and anxiety are very real. I try to do my part by social distancing, staying home, washing my hands, donating where I can, staying educated on what the CDC is saying, and doing my best to be a good participant in the process. Staying glued to the news 24/7 isn’t healthy either. I’m trying self-care where I can and feel productive where I can and just not suffer from the pressure of being productive. When you’re anxious and you’re tired, and you’re worried, just taking that time for self-care can be a win.

Watching episodes of Insecure can also be a form of self-care, too. Catch Natasha on Sunday night at 10 pm ET on HBO and look for more projects coming soon. Wonder Woman 1984 is due for release in the summer of this year.