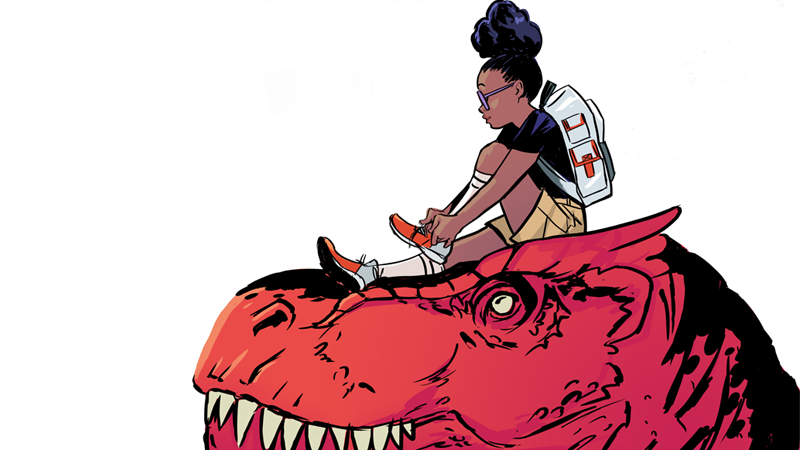 February 20th was National Pet Day and it started me thinking about how much we care about our pets; I frequently say I like my dog more than I do most people. Our pets are our companions, sources of amusement, and our confidants. There are the pets we own and the pets we’ve grown to love from movies, tv, and books. When I was a kid, I wanted a dog just like Tramp from Lady and the Tramp. Even though I grew up in a land-locked city, I wanted Flipper to be my friend too. How many books involving someone’s pet dying did we cry over in school? Fictional pets are just as important to us as the characters they belong to. In honor of National Pet Day, here are a list of some of my favorite fictional pets. 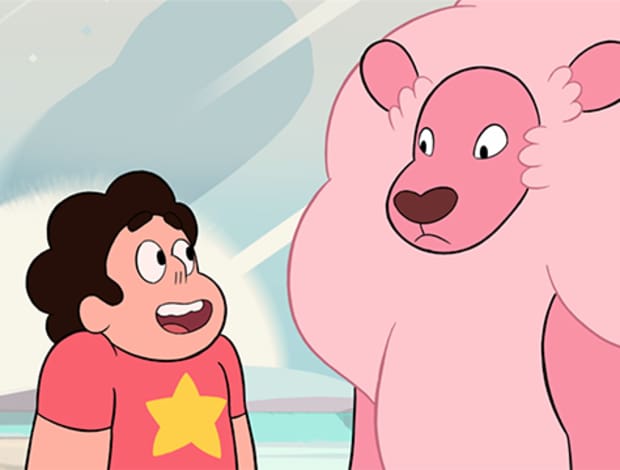 Steven thinks of Lion as his pet. I’m not sure if Lion thinks that. Lion mostly does his own thing but he’s always there when Steven calls. In a way, it’s the best of both worlds. You don’t have to worry about feeding something that big but he’s still around for comfort and the occasional battle. Lion is a substantial tie to Steven’s mother, Rose Quartz, and her secret keeper. Literally, as she hid several items inside of the pocket dimension within his mane. He’s  like your regular pretending to sleep to ignore you, light chasing cat except he can open portals and walk on water. And he’s pink! 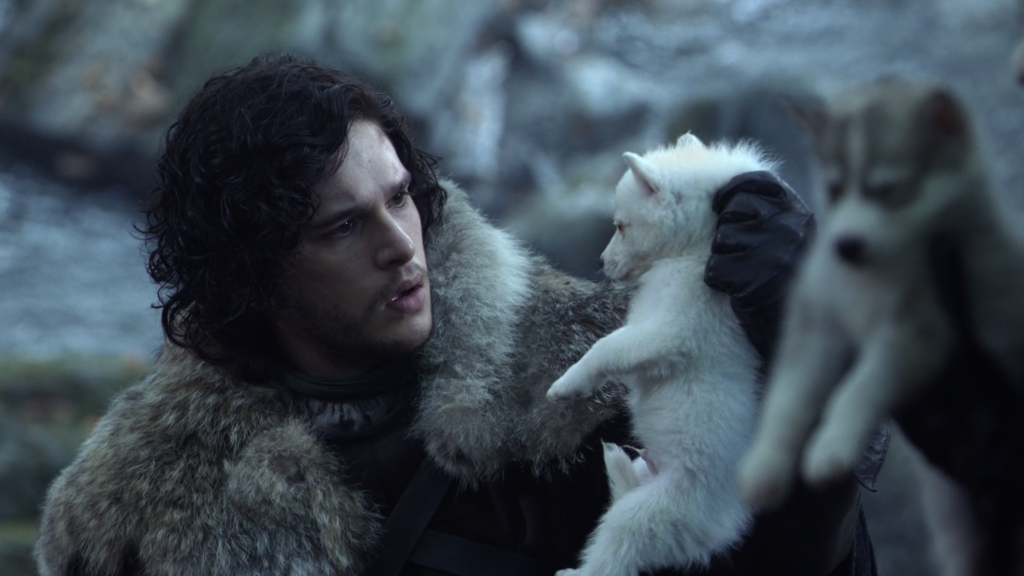 Ghost was the runt of a litter of six direwolf puppies given to the Stark children. Similar to his owner, not much was expected of him. Ghost grew to be a fierce and loyal companion to Jon Snow, often defending him and his friends. He’s a great warning system, which is essential in a place filled with liars, backstabbers, traitors, and white walkers. Nothing says ‘don’t mess with me’ like a pony sized, red eyed, growling wolf standing beside you. Protective, loyal, and great backup–Ghost is everything you could want in a pet. 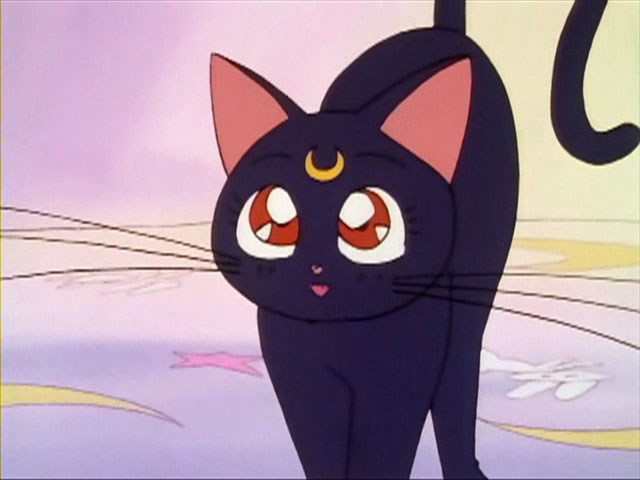 Constant companion to Usagi/Serenity for thousands of years and multiple lifetimes. Usagi has a lot of good qualities, being a decent fighter isn’t one of them (at least at first). Luna managed to keep her alive through her first stumbling attempts at being Sailor Moon. She saw Usagi’s potential and provided the encouragement she needed to step up and become a leader. Luna is that friend that can provide sound advice and also call you on your bullshit. Even better, you know that she will always be with you. 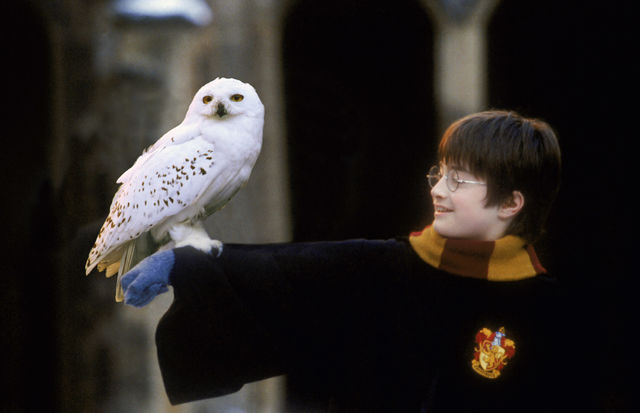 There’s no doubt that the first eleven years of Harry’s life with the Dursleys were miserable. That is until Hagrid swooped in to save him. Hedwig was his birthday gift to Harry, one of Harry’s first. She was also one of his first friends. In his small room within the Dursley’s house, she kept him company and served as a link to a world where Harry was valued and loved. Hedwig often overcame vague directions, sudden changes in location, and fugitive statuses to locate Harry and the recipients of his messages. Let’s all hope Sallie Mae never gets a fleet of Hedwigs.

Devil Dinosaur is your big, red friend from an alternate Earth that can literally eat your enemies. Lunella is often ignored or dismissed because of her size and age. It’s a constant state of annoyance for her as are her classmates who make fun of her. It’s hard to be ignored with a large dinosaur looming behind you. Devil Dinosaur is her friend, her muscle and occasionally her transportation. He keeps Lunella, who is the smartest person in the Marvel universe, from withdrawing too much into her mind. Together they make a great team.

‘Must have some kind of animal friend’ seems to be a prerequisite of Disney heroines. From Cinderella’s dress making mice to Moana’s strange little chicken, animals in the world of Disney are some of the most helpful friends you could ask for. My favorites are Pascal from Tangled and Khan from Mulan. Pascal is the master of silent shade, can provide endless fun by changing colors, and will put up with your quirky hobbies. Like putting your pets in costumes? Pascal is the one for you. Khan is loyal, strong, will laugh at you but ultimately support your possibly foolish decisions. He’ll jump into an avalanche to save you. What else can you ask for in a pet? 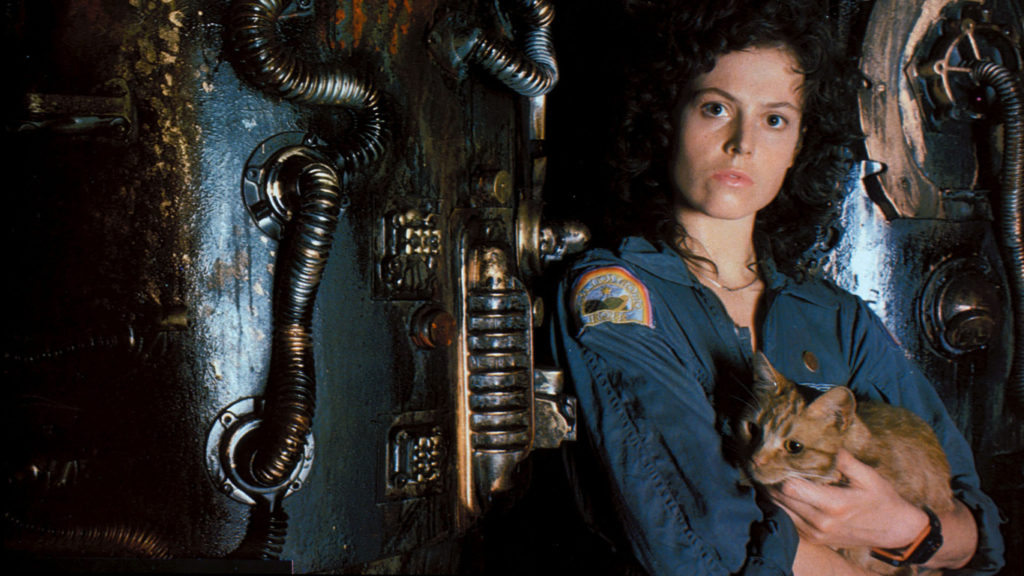 Sometimes you want a pet that can fend for itself. When the Nostromo crew members were dropping left, right, and center due to a shiny, black monster that dripped acid, he managed to stay alive. Jonesy made it to ‘final girl’ status with little help from the rest of the crew. He contributed nothing to the final battle between Ripley and the Xenomorph and still made it off the ship and eventually back to Earth. I like to think that Jonsey lived his remaining years in comfort on Earth while Ripley’s future got progressively worse. In a strange and scary situation, I would follow Jonesy. He’s going to find a way to make it out. 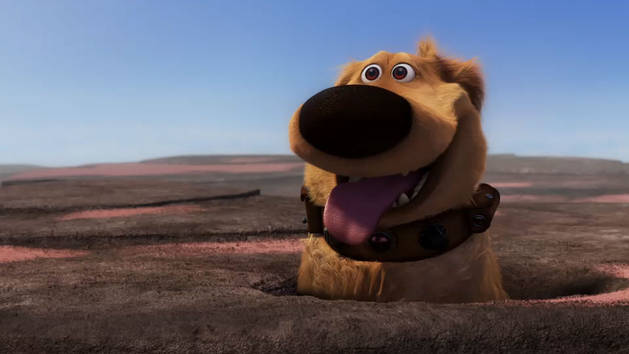 Up felt like a throwback to the animated movies of my childhood, the ones that took your heart and crushed it under a mallet of unexpected feelings. The opening was a beautiful montage of a life of love and happiness that ended sadly, leaving me wondering ‘where would this movie go from here’. Dug was a breath of fresh air, bringing joy to the characters and the audience. Dug gave Carl something to care about again and along with Russell, helped him realize a long held dream. I think a lot of us saw our dogs in Dug.

9. Toothless (How to Train Your Dragon)

A perfect example of enemies forming a friendship based on mutual understanding and support. Toothless doesn’t make that journey easy. He rightfully resents Hiccup and the trust between them is hard earned. Once that trust was there, we had two characters willing to die to protect each other. Their friendship proved that there could be peace between the Vikings and the dragons, ending years of slaughter. He was also mix of scary and completely ridiculous that I found endearing. 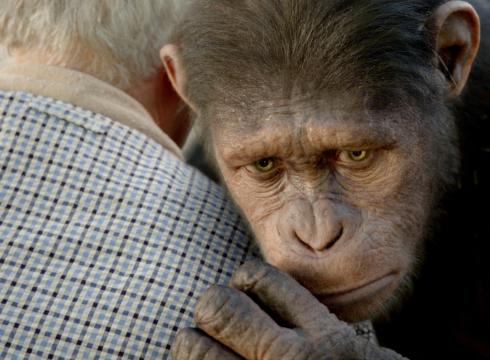 Ceasar is the son of a chimpanzee given an experimental drug to cure Alzheimer’s, a drug that increased intelligence. A scientist realized Caesar inherited that intelligence and raised him in secret. Caesar is treated as a pet by Will, the scientist, but he’s intelligent enough to question why. It’s a gray area that eventually ends with him rebelling and finding a way to increase the intelligence of other apes. This may seem like an odd choice but it shows that if you treat your pets with love and kindness, they won’t take you out in their fight to overthrow their human overlords.

So these are some of my favorite fictional pets. I could go on for longer but I wanted to keep this mostly short. Feel free to share some of yours in the comments or on twitter.

Representation Matters But So Does Embracing Fandom & Nerding Out