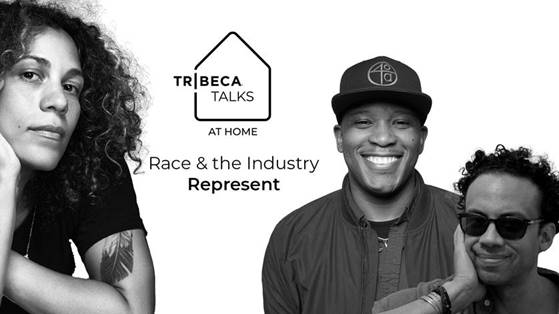 Tribeca’s engaging new series launched this summer in response to recent conversations regarding the Black Lives Matter movement. The Tribeca Talks @ Home: Race and the Industry series is a limited talk series that explores racism and systemic bias in the film industry with a group of creative minds and industry executives at the vanguard on  Tribeca’s YouTube channel. Previous guests include Warrington Hudlin (Vice Chairman, Museum of the Moving Image) and Philip Youmans (Director, Burning Cane).

The second episode, is entitled Represent: The Power of Being Seen and includes guests Stefon Bristol (Director, See You Yesterday), Carlos Javier Ortiz, and Raquel Cepeda. Together, they examine the systemic bias that’s been built into our industry regarding how Black & Brown people have traditionally been represented on-screen, while discussing ways to combat that through art and activism.