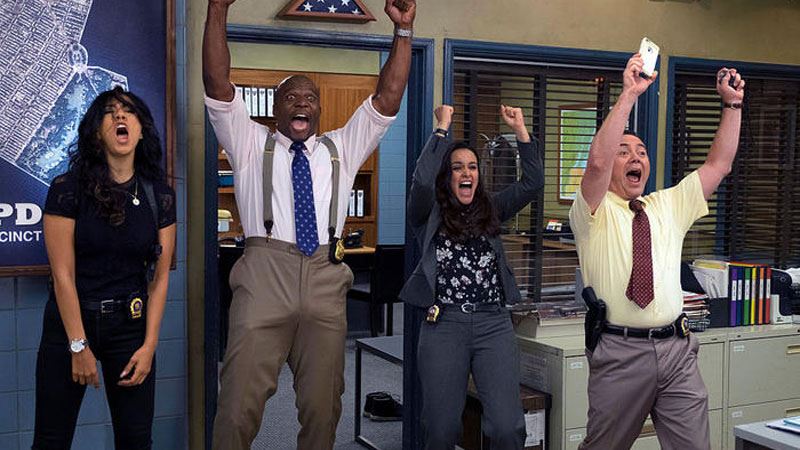 Update: After a day of petitions and online protests from devoted 99 fans, NBC announced that it is picking up the show for its sixth season. The cast, crew, and fans are all still celebrating the news. The celebrity fans who sounded off about the cancellation are rejoicing the moe as well. Now, fans get “The Good Place” and “Brooklyn 99” on the same station. Could we see them on the same night? Back to back?

No, if anyone knows why FOX is on a cancellation streak, please share. This is not making much sense. 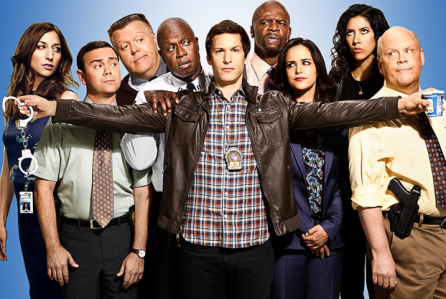 After five seasons of laughs, FOX decided to ax “Brooklyn 99” along with a few of their other comedies “The Mick” and “Last Man on Earth”. Twitter (and I) are pissed. Many are calling out Fox’s bad decision making, including Lin Manuel Miranda, Mark Hamill, and Guillermo del Toro.

As someone who had the joy of recapping “Brooklyn 99” weekly, this cut runs deep. The show gave a sense of wholesomeness in President Tangerine Cheetos’ America. The detectives at the 99th precinct are what I imagined cops were like as children.

“Brooklyn 99” had fully realized diverse cast of characters–different races and sexualities. They managed to tackle tough topics without making it hokey, and while keeping the humor.

There are many petitions out there, for Fox to rescind their decision or for other networks Hulu, Netflix etc. to save the show ala “The Mindy Project”.

“Brooklyn 99” has two episodes left in the series, with the finale airing May 20th.