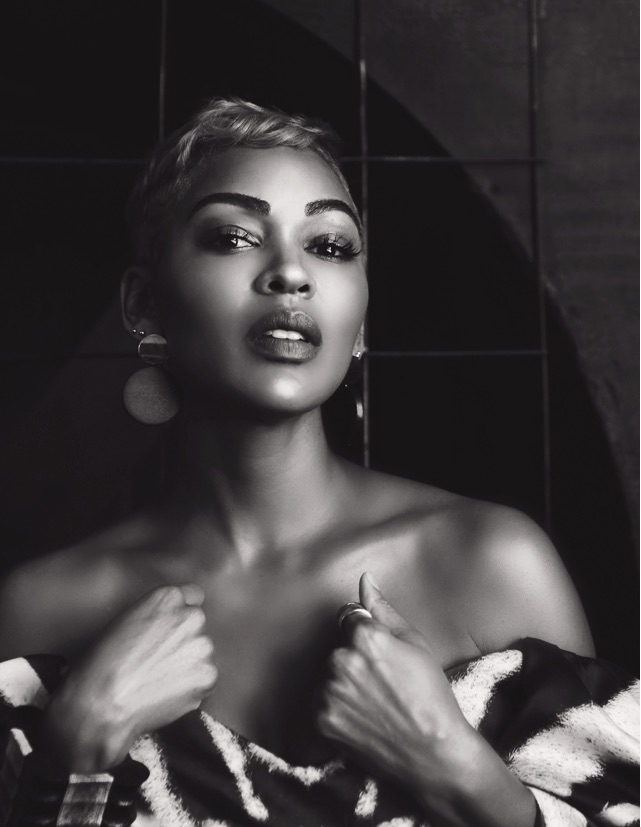 With over 30 years in the industry, most fans know Meagan Good’s work as an actor, but now she’s taking on a new role in Hollywood.

This weekend during the 2019 Urbanworld Film Festival, the film If Not Now, When? will screen in front of a New York City audience. The film made its debut earlier this summer at the American Black Film Festival in Miami and co-directors Meagan Good and Tamara Bass return the to festival circuit to share their feature film debut.

Meagan Good has appeared in such films as Think Like a Man, The Intruder, and DC Comics’ Shazam!. She’s also played roles on the small screen in shows like the NBC series Deception and Fox series Minority Report.

In If Not Now, When? Meagan Good plays Tyra, a woman who becomes addicted to opioids and her best friends step in to help her and take care of her daughter during rehabilitation.

Just settling in New York, I spoke with Meagan over the phone about her new film and how she explored her craft as a director and what’s next for her. We also chatted about how she balances her faith with choosing projects in Hollywood.

What inspired you to make this movie?

The crazy thing is, is that I started directing in 2012 a music video for my cousin. I told him I’d help them produce it and get this director to do it. And the director wasn’t available. I ended up directing it and, man, I fell in love with directing, right off the top, because it’s not really about you, it’s about serving art and serving the actor, and it’s more service. I fell in love with it and directed a bunch of videos after that. Tamara and I have been trying to get another film off the ground for a long time. I started putting this one together, and then had some incredible people kind of come in and support us. We had a director, who was going to direct the film, and in the 11th hour, she fell out. Tamara and I were talking and she said, “you know, we’ve discussed directing this before in the past, what do you think about it?” And I was like, “man, let me pray about it.” I prayed about it for almost a month. I came home, and God told me three times, that this was the right thing.

I asked Tamara what she learned from her experience as a co-director and she said, she learned how to compromise.  What did you learn?

How to trust in the process. You do have to learn to compromise, obviously, because there are two people and they may have a similar vision, but it also might differ a little bit. And, for me, I’m used to kind of doing everything on my own, I trust myself more than anybody. And so learning that God allowed us to do this together, because we both have so much to bring to it that the other can’t bring the same way, we both have our strengths and our weaknesses. And by doing it together, we create something absolutely unique, because there are two forces working, together as one. So I think just learn and just trust that what we’re bringing individually and collectively, that it’s going to be magic.

Your character Tyra is going through a difficult time struggling with addiction. How did you prepare for this role?

I have friends who have struggled with addiction. And I’ve seen that journey. And I’ve seen what it can do and how it can tear families apart, relationships apart, and just the damage that it leaves kind of in its weight. I used some people kind of as a study — I guess you could say my case studies. And then I just did a lot of research on specifically what the addiction did to her physically, emotionally, mentally, what kind of behavior that it breeds. And so for me, I guess the biggest thing was just being honest and raw, and not being afraid to be unlikable. Because I tend to like to be likable. And with her, I had to just have complete freedom to say this is how this character is feeling.

Has the directing bug bit you at all?  Is this a role you plan to pursue more in your career?

Oh, absolutely. I love directing. I love not coming to set and going through hair and makeup and all that stuff. I love just coming in my sweatpants and my hat and being able to really create and dig in and break down a script and breakdown characters and just show up for other people and figure out, how do I want to put this puzzle together? And how do I trust all the instincts that I’ve learned over the past 30 years that I didn’t even realize I had as a director. Because the first time I directed something, I thought I was gonna throw up, I was terrified. I don’t think I knew what I was doing. But I now know what I want. I know exactly what I want. And so as I began to articulate direction, I realized that I knew a lot more than I even could have imagined.

This question is very important for me as a person of faith also working in the entertainment industry, how do you balance your faith-based principles and deciding on what projects to take on?  I can’t imagine it’s easy.

Yeah. I ask God if I had any reservations, and if I’m not sure I pray about it. As I did with this film, it feels like an epic opportunity but I need to know God is in it, I need to know that I’m doing what He wants me to do. So that as I go along, and find moments where I’m struggling, or I don’t know how it’s going to work out — I know that it will, because God told me to do it. God is first. Period point-blank. I love what I do for a living. I love what He’s allowed me to be able to do and to be able to do consistently. But He’s number one. I make sure that any decisions that I make, I’m coming before Him first. Every time something goes away, something better comes along when you’re obedient. You don’t want this industry more than you want Him.

What new projects can we expect to see you in?

I have a film called Monster Hunter, it comes out next year. It’s based on a video game. It’s with myself, Milla Jovovich, T.I., Tony Jaa. And I’m just super excited about it. I wanted to really continue in the action space. And so for me, it was cool. I got to play a soldier and get got to do this really cool stuff. And I love genre films, sci-fi thrillers, horror, and all that stuff. It was a cool compilation for me.

I’m waiting for people to see this film, and then just really kind of being selective about what’s next. Because I think as I’ve gotten older, it’s a part of why directing has become so big for me is that when you’re younger you just want to get a job, you just want to work. Because I’ve been in the business for over 30 years at this point, I don’t want to just work, I want to be excited about what I’m doing. I want to know that I’m where I’m supposed to be. And that I should dig in 1,000%. I want to be curious, and I want to be stretched and challenged, and just really excited to be there. And so as a result, I’ve said no to a lot of things, and really just been patient and really preparing myself. Not just waiting for it, but prepare for the things that I want, physically, emotionally, spiritually, in my household, with my husband — everything. I’m not sure what the next thing is yet, but I’m excited about it.

If Not Now, When? premieres at Urbanworld 2019 Saturday, September 21.