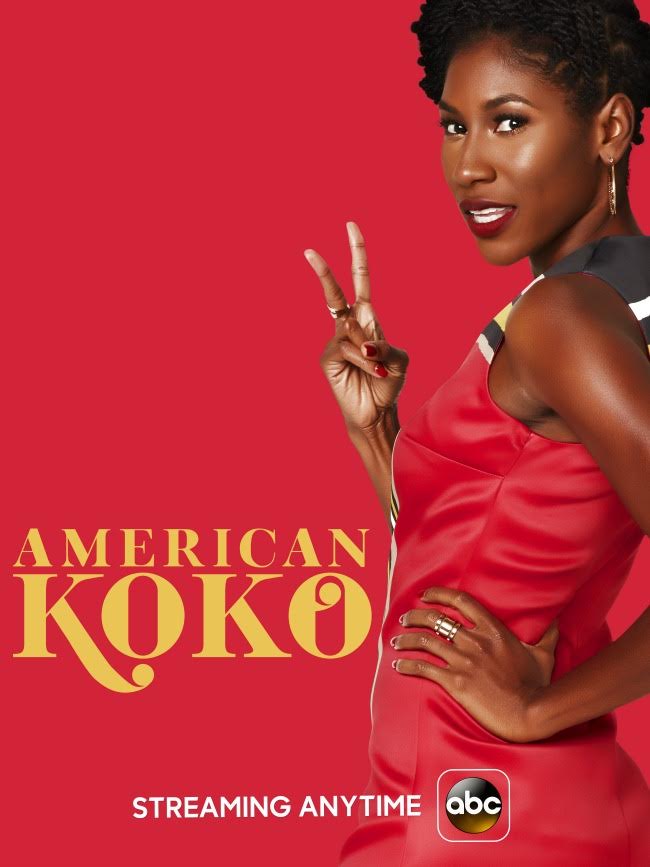 Recently, I was invited to a screening of a new series (well, new to me) in the same vein of Sex in the City called American Koko.  Created for YouTube by and starring Diarra Kilpatrick, JuVee Productions picked up this short-form digital comedy series last year.  The screening announced the start of American Koko’s second season and it’s launch on ABC Network’s new streaming platform.

So what is American Koko about?  From the creators:

“American Koko is a satirical comedy that follows Akosua Millard, lead agent of the “Everybody’s a Little Bit Racist Agency”, as she solves race problems by day, and makes a mess of her love life by night.”

Akosua Millard is the title character Koko, a self-professed recovering Angry Black Woman who channels her residual anger into helping those less woke.  She teams up with a diverse ensemble of quirky fellow E.A.R. “agents”:  a well-meaning Jewish white guy, Milo (Miles Orion Feld), a New Age-y eternally optimistic Chinese woman, Lucky (Elaine Kao), and Baldwin (Cedric Sanders), a “Christian” Black man who’s a bit on the nerdy side.  Her team members embrace Koko’s goals, but sometimes get freaked out by her gung-ho methods.  Her “white best friend” Sarah (McGhee Monteith)  is less concerned with Koko’s work problems than she is about her guy problems.  There is Mr. Wonderful (Nyambi Nyambi), Koko’s problematic on-again, off-again bae who makes Koko question some of her own ideas on race and racism. Rounding out the show’s semi-regulars is a group of ladies that make up Koko’s A.B.W. support group. 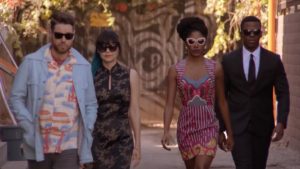 The actors in the supporting cast are delightful and the ensemble is tight, but Kilpatrick is the star in every way.  Her timing is fantastic and her facial expressions are priceless.  Her Koko is a marvelous and loving creation. A  21st Century All–American girl who refuses to just take what life might dish out.  She is Black Twitter, personified: relevant, irreverent, brutally honest, and funny as hell.  She doesn’t wait for things to change, she makes them change.  To Koko, there’s no reason to soften her anger or slow down her quick to judge attitude because, as she tells a young man who suggests she be a little less judgmental, “That’s part of my charm, Boo.”

The writing on the show is great, and Kilpatrick as writer successfully uses comedy to navigates the racial landmine-laden landscape with barely a misstep.  The stories are entertaining, but they also challenge viewers rather than pander to them.  I particularly like the clever dramatic device used to allow us to see the roots, literally, of Koko’s Angry Black Woman Syndrome.  I’m not going to spoil it for you, you’ll just have to watch the show.  But believe me, it is pretty powerful. 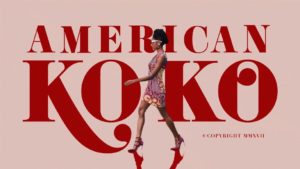 Kilpatrick’s new version of the “girl in the city” pushes the boundaries of both comedy and satire.  Watch this gem of a show as she turns her laser-sharp comedic gaze upon this “post-post-racial America.”  It will make you laugh, and these days we can use all the laughs we can get.

American Koko Seasons 1 and 2 can be streamed on abc.com and the ABC app.

Akosua Millard, codenamed “Koko”, investigates and solves sticky racial situations in a post post-racial America as a member of the E.A.R. Agency (Everybody’s A little bit Racist). As she and her team of specialists tackle cases, she herself is trying to reconcile the trauma of her past that has led to outbursts of her Angry Black Woman Syndrome. It gets in the way of her work…and more importantly, her dating life as her latest boyfriend may be the downfall to her and the agency!