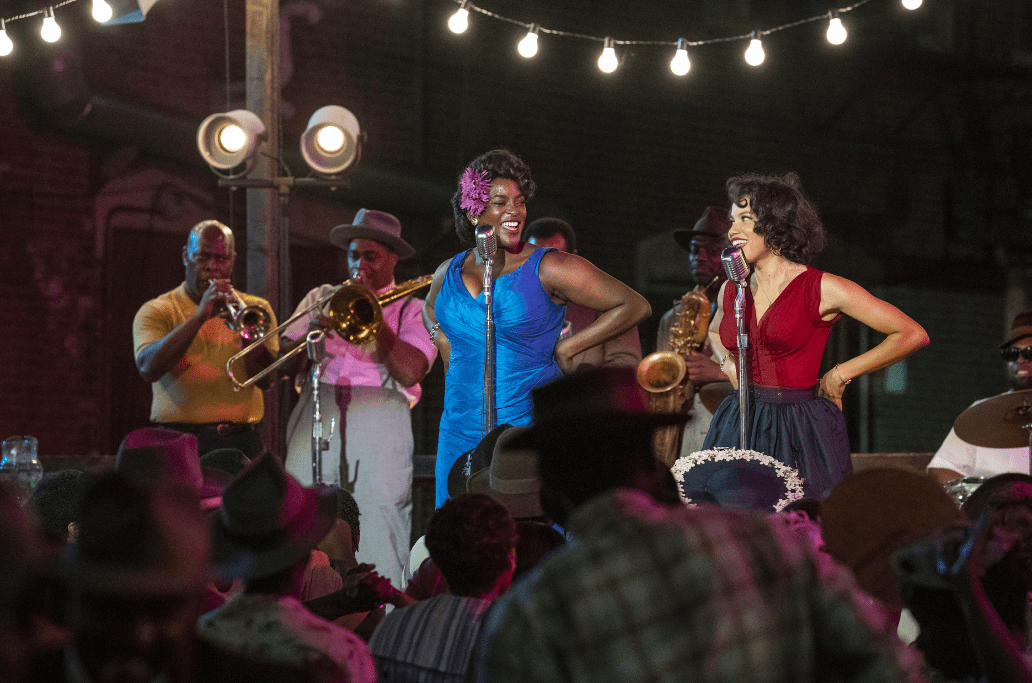 News of HBO’s drama series Lovecraft Country conjured up a lot of images even before the trailers were released. When they were, images of familiar actors Jurnee Smollett-Bell and Courtney B. Vance among the scary, horror/gore signaled, “Ohhh, this is going to be good” vibes months before the debut.

But Lovecraft is a mashup. It is neither all horror nor all drama. Some of it is funny and even satiric, yet it tells a story about racism and prejudice and, because of all that has been learned from BLM, it’s both right now and of another time.

Especially another time. Based on the book by sci-fi author Matt Ruff, who utilized early 20th-century writer H.P. Lovecraft’s horror stories and real-life racist and elitist views as a jumping off point for his book, Lovecraft Country takes a searing look at 1950s separate-but-equal America, all the while scaring the heck out of you in two different ways — the dangers of racism and the dangers of danger. The rest is a story of imagination and a what-if scenario.

What if a book-loving ex-army man Atticus (Jonathan Majors) comes back home to Chicago to find his father missing (Michael Kenneth Williams) after he’s gone to find out something about Atticus’s late mother’s supernatural family history? What if his uncle (Courtney B. Vance) and his childhood friend Letitia aka Leti (Jurnee Smollett-Bell) decide to go with Atticus on a road trip to find his father? Also what if his uncle just happens to also love books (especially the horror genre), and what if his uncle and aunt (Aunjanue Ellis) own a small map shop?

This alone is more than what should be revealed for those who haven’t seen the first episode. Writer Green and company have cleverly arranged big plots beside smaller ones, plus a few winks at cultural iconicism that if you blink you will miss, such as the recreation of a famed Gordon Parks photograph or the placing of the Green Book(s) at the front of the map shop — both by camera closeup and by the character mentioning it.

These moments are like playing Trivial Pursuit between the monsters and mayhem.

Lovecraft is devilishly clever in pointing out both glaring and subtle examples of racism, such as the vintage uneasiness of a Black person stopped by highway patrol or the cliched crushing disappointment of learning a prestigious company has already hired that one Black employee and most likely won’t hire another in the same role even if the opportunity exists.

It also should be noted that there are Peele-isms and Abrams-isms all over this series, especially when a serious moment goes right into a gory one without any warning. There’s also the right amount of mystery, sort of an “Are they dead or aren’t they?” “Will they appear again or was it all a dream?” scenario.

Smollett-Bell finally gets her much-deserved closeup, playing a plucky (did I say that?) heroine in body positive 1950s clothes and red lipstick. She is artsy and ambitious but doesn’t know what she’s getting into. Smollet’s great reactions to the CGI are never over the top but so fun to watch, and she holds her own in scenes with the more experienced Vance and Williams.

Williams is convincing as a vulnerable man with secrets yet still hiding it under a tough exterior. It’s not the kind of tough he had as Chalky White in Boardwalk Empire and it’s not as street smart as Omar in The Wire, but the performance is still credible. Williams presents a character who sometimes you root for, other times you despise.

As the responsible older sister of Leti (Smollett-Bell), British actor Wummi Mosaka (Ruby) is a bright light showing a different version of Black womanhood. Her hard-but-tender Ruby plays a much larger part in moving the story forward than one might expect. Smollett-Bell and Mosaka — who in real life are the same age — play well off each other.

The writers may hope the audience doesn’t notice the arcs where they have totally separate adventures while living in the same household. In other words, with all the bizarre goings on, how could two sisters not notice the other was missing for long periods of time?

Lovecraft Country isn’t perfect. There are times when the gore may be too much, cheesy even (it is based on a pulp novel). But when the character’s passions are so raw they are uncomfortable and by the time you get through the first few episodes, the awfulness and tragedy of H.P. Lovecraft’s real-life views seem far behind.

What remains is the ongoing revelation of people’s inhumanity to each other and just how horrible that really is.

Lovecraft Country is currently streaming on HBO and HBOMax.