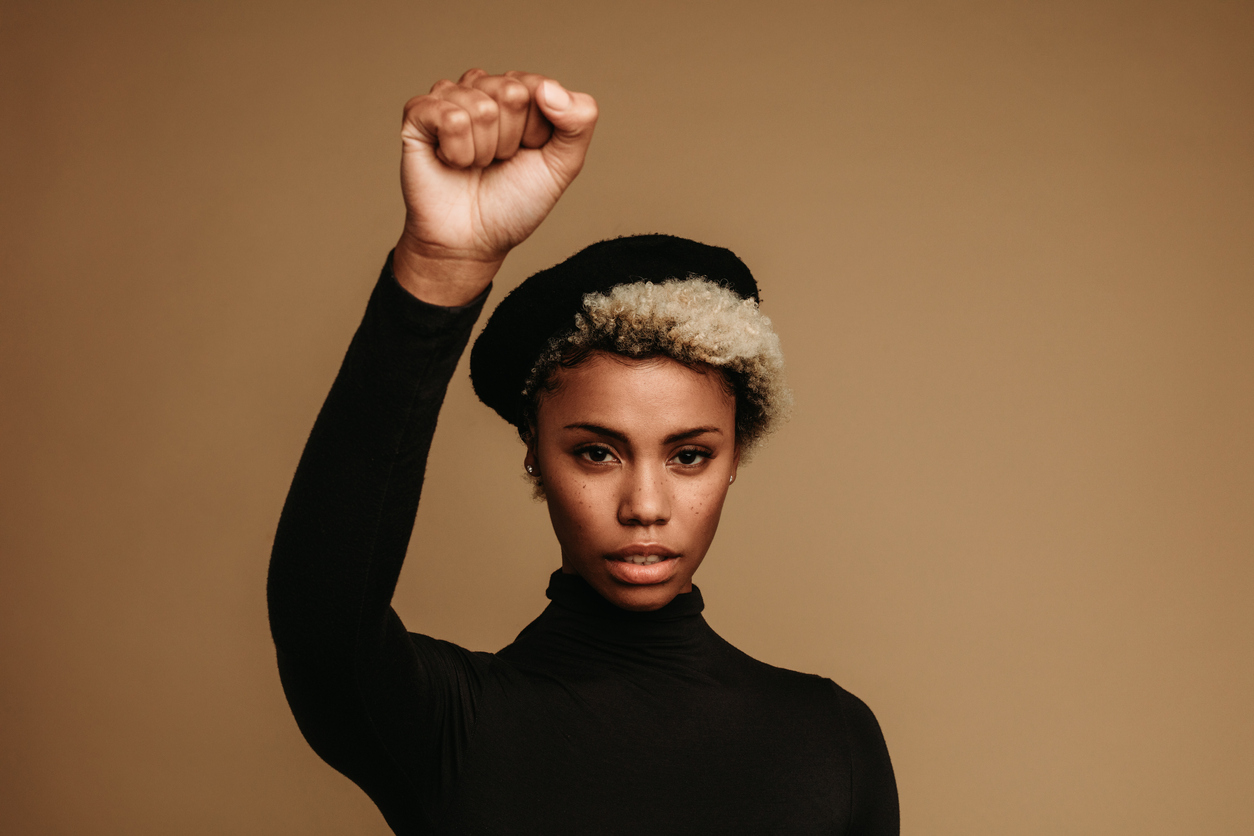 Huey P. Newton and Bobby Seale created the Black Panther Party (BPP) in 1966, with the primary goal to protect the Black community from state violence. We always see images of armed Black men monitoring the police and throwing up the Black power fist. But it was the women of the party who were most significant. By the 1970s, women made up the majority of the party.

The Black Panther Party was 60 percent women. Despite their numerous contributions to Black society, sexism existed in the organization and diminished women’s roles in the party throughout history.

For many women, it seems as if the movement represented the best option at the time. Other activist organizations either didn’t accept women or didn’t understand where a woman’s role needed to be. While there was a glimmer of hope that a woman’s role in the BPP could be recognized and celebrated, its downfall came in part because sexism went unchecked.

Early on women members were “Pantherettes.” They had a separate hierarchy and chain of command. The most well-known woman Panther, Assata Shakur, said joining the party was the most powerful thing she could do, even though there was an overwhelming emphasis on manhood. In 1973, Shakur was pulled over by New Jersey police, shot, and then charged with the murder of a police officer. She spent over 6 years in prison before escaping to Cuba in 1984. The FBI added her to the most wanted terrorist list in 2013. If you haven’t read her autobiography, do so.

Elaine Brown became the first and only woman to lead the party from 1974 to 1977. She took over as chairwoman while Newton went into exile in Cuba. When he returned in 1977, the male members of the party complained that the women had too much control. The men told Newton that Regina Davis, the school’s administrator, had publicly reprimanded a male member. Newton permitted the men to beat Davis, and she ended up hospitalized.

In Brown’s 1992 memoir, A Taste of Power: A Black Woman’s Story, she said that her title of chairwoman was meaningless. “A woman in the Black Power movement was considered, at best, irrelevant. A woman asserting herself was a pariah. If a Black woman assumed a role of leadership, she was said to be eroding Black manhood, to be hindering the progress of the Black race.”

The violence, sexism, and patriarchy caused Brown to leave the party for good. She founded the National Alliance for Radical Prison Reform and works to help prisoners find housing after they are released.

As another famous woman in the party, Angela Davis, said, “Straight Black men and white women will always be the weakest links in the struggle for equality because they view equality as achieving status with white men. The problem with that is that white men’s status is contingent on the oppression of other people.”

Kathleen Cleaver was communication secretary of the Black Panther Party and the first woman to be on a decision-making cabinet. She was asked by a reporter from the Washington Post what she thought was a woman’s role in the revolution. She responded, “No one ever asks what a man’s place in the revolution is.”

It’s always been striking to me when I see photos of the beautiful, Black women from the party with a spectrum of complexions, determined faces, and fists raised high in solidarity. Even their afros have beauty and power. More importantly, despite what was happening in the party, the women kept pushing towards the mission. They organized free breakfast programs, free health clinics, and other social programs in Black communities.

I’d like to believe they were fighting for their own lives and the lives of their families. I’d like to believe they were motivated by the Black community desperately needing change and understanding the assignment. We witness, to this day, the Black Lives Matter movement, which was created and led by women. Collaboration breeds change, and Black women know how to do this like no other.

Growing up, I saw this take place in the Black church. Women made up the majority of the congregation; organized every meeting, conference, and program. They established what they needed to do in the community and made it happen. However, there was an unspoken place where the women stayed, and the men always assumed the leadership.

Women’s participation and the issues of sexism seemed like a natural rhythm within the Panther’s history. The truth is, the Black Panther Party duplicated what was going on in the world at that time. Women dealt with hostility or were looked over because they were simply women — this was not anything new. This was something already happening in the world, and the party fell in line. That is not to say that it was right. It’s disappointing to learn this and goes against what we thought we knew. The history of misogyny and sexism in this country has laid a painful foundation, harming and repressing women.

Black women in the Black Panther Party carried significant roles and leadership, whether they were visible or not. Their efforts are what kept the party alive and capable of accomplishing the work that they did. They regenerated hope, gave the best parts of themselves for the greater good, and brought together resources for the best future possible for Black people. A legacy we must carry.