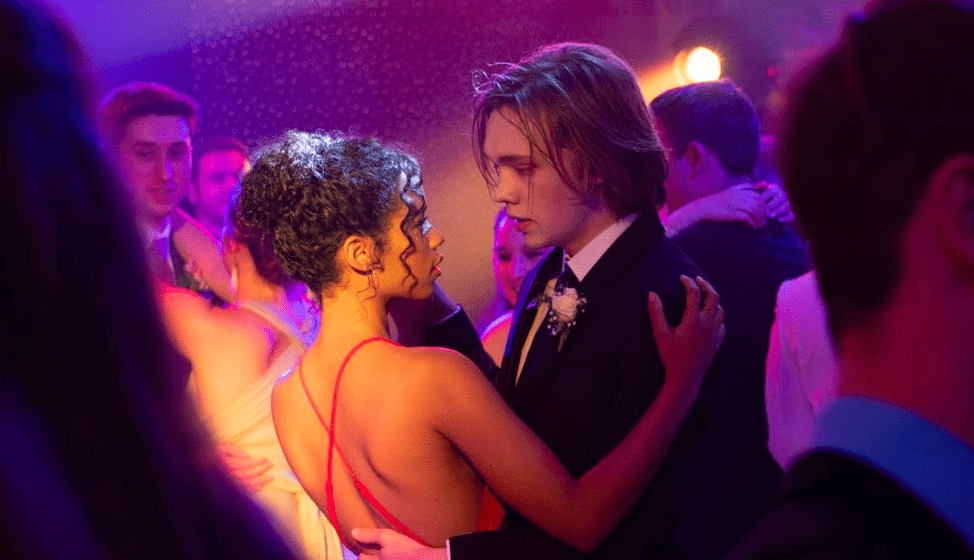 Today, a plethora of horror movies, thrillers, and comedies follow this tactic for pure entertainment. Directors often portray characters in movies as “crazy,” even allowing those characters to act out of the ordinary for laughs and thrills to sell an immaculate plotline to viewers. Beneath the surface, these characters who are depicted this way behave the way they do because the writers have detailed in the script that the character suffers from mental illness that often goes unmentioned in the movie.

Director Thor Freudenthal’s American drama film, Words on Bathroom Walls, is a wonderfully made film that paints a clear image of what it’s like to live with schizophrenia through the eyes and mind of a teenage boy. Unlike other films that contribute to the stigmas against mental illness, Words on Bathroom Walls escapes from using the “crazy” concept that other directors, unfortunately, succumb to when creating films that highly focus on mental illness. Freudenthal does this by allowing the schizophrenia of the protagonist Adam (Charlie Plummer) to be understood by his peers, family, and those around him. Although the protagonist of the film suffers from severe schizophrenia, the illness does not define him.

What’s amazing about Words on Bathroom Walls is that the film introduces viewers to the approach of medicating versus self-managing. This is a real-life issue for many individuals who struggle to adapt and figure out ways to cope with mental health.

Even though the voices continue to be a bother to his everyday life, Adam can create an escape from the voices in his head through cooking. Adam has a passion for cooking and has plans to pursue a professional culinary career after high school. After numerous failed attempts at seeking the right medical treatment for his schizophrenia, Adam and his mother finally find a medicine that she thinks will work.

When the medicine eliminates the voices from Adam’s head, at first the tranquility brings him a sense of satisfaction. Once Adam continues his daily routine, he notices that he begins to feel a detachment from his environment. The voices were almost like five senses to him. They tell him how to think, act, and what to do in certain social settings. Most importantly, once Adam realizes that he loses his ability to cook for his new friend Maya (Taylor Russell), he completely objects to the pills as a necessity. He begins to manage the illness himself.

From the viewer’s perspective, Adam is a severely schizophrenic teenager who has tried almost every medication to cure his disorder. Once he discovers the best option, he rejects it after barely giving the medicine a chance. To the audience, Adam gave up on himself. In the mind/eyes of Adam, feeling like a different person while medicated is not equivalent to being cured of the disorder. It’s just another issue in itself. This is what it takes to understand why so much opposition exits when it comes to taking medication and why some mentally ill individuals detest it.

Love, trust, and acceptance are key factors that lead Adam to self-discovery. These elements help the protagonist realize that the individuals who are trying to help him in life are not the enemies. Adam’s peers and family want to understand him, but he is quick to subconsciously dismiss them. Adam cannot overcome the irrational fear that he will be viewed as “crazy” to his peers if he explains the disorder he lives with. He even wrestles with the voices in his head debating on whether to inform the girl he cares for what he lives with daily. In addition, he constantly views his stepfather as the enemy who only desires to have him committed and out of the way.

Ultimately, it is Adam’s ability to trust Maya, the girl he assumes will not view him the same once he tells her the truth, that allows him to overcome his self-doubt. It is Adam’s ability to accept his stepfather and learn that he has nothing but good intentions for Adam that allows him to move forward. Once Adam comes to terms with who he is, he begins to realize that although the voices will always be there, there are those who care enough to understand and want to alleviate the pain, only if he opens up.