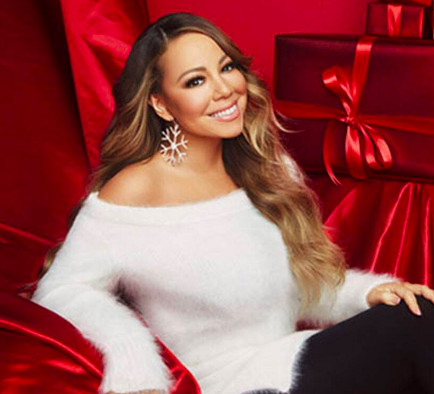 Mariah Carey’s Magical Christmas Special, is about a world faced with a holiday cheer crisis, which the North Pole knows only one person can solve: Santa’s great friend, Mariah Carey. Combining musical performances, dancing and animation, the show has Carey (spoiler alert) saving the day.

The soundtrack features a new music video for “Oh Santa!,” co-written by and featuring Carey performing with Ariana Grande and Jennifer Hudsonand a new version of “Sleigh Ride.”These new songs will be available exclusively on Apple Music on December 4, and all other platforms December 11.

Those looking to add Apple+ to their list of streaming services can do so on any of the following devices iPhone, iPad, Apple TV, iPod touch, Mac, select Samsung, LG, Sony, and VIZIO smart TVs, Amazon Fire TV and Roku devices, PlayStation and Xbox consoles.

Carey currently holds 74 wins with 132 nominations, one of which is a Golden Globe. Another fun fact is this outstanding artist has made over $60 million from her “Merry Christmas” album according to CNBC.