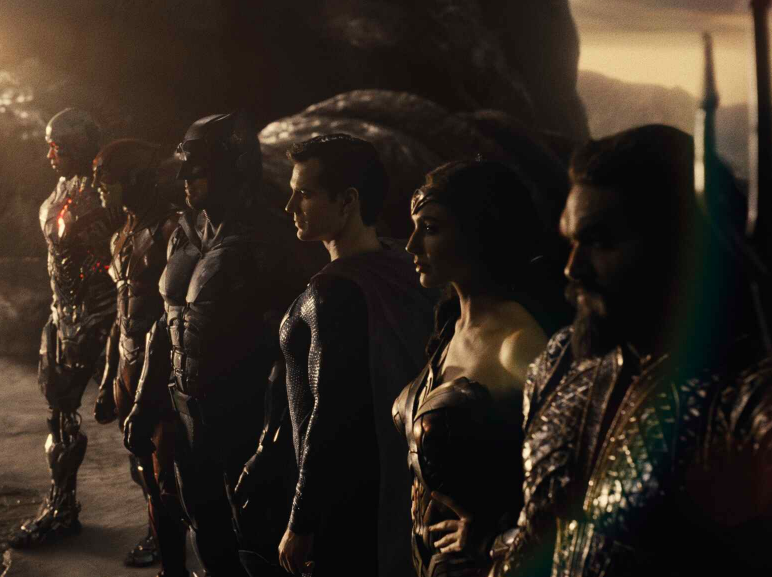 The metahumans have returned. Kind of.

In 2017, director Zack Snyder released the Warner Bros film Justice League. Fans of the DC universe finally got to see their favorite superheroes align in an action-packed film. However, when Snyder originally cut the film, it had 4 hours worth of material. So in comes Zack Snyder’s Justice League bringing back its prolific roundup of DC characters: Ben Affleck as Batman, Henry Cavill as Superman, Gal Gadot as Wonder Woman, Ezra Miller as The Flash, Jason Momoa as Aquaman, and Ray Fisher as Cyborg.

In this extended cut, we also get some new and familiar faces added to the mix. Actor Kiersey Clemons makes her debut into the DC franchise as Iris West, the notable love interest to Barry Allen of The Flash. There were reports Clemons shot several scenes while filming, but sadly was cut from the film entirely.  There’s also an appearance by Jared Leto who plays Joker. His interpretation of the character made its way into the film Suicide Squad.

But wait, there’s more. Darkseid (the evil twin to Thanos in my opinion) finally shows up in a DC movie. However, if I must be candid here, his appearance and his story was lackluster at best. If Darkseid (played by actor Ray Porter) had not been cut from the 2017 version of the film would I feel differently?  It’s likely.  One cannot help comparing the monstrosity of violence that is inflicted upon our superheroes in Avengers: Infinity War and Avengers: Endgame by Thanos compared to the pleasantries exchanged by Darkseid, it seems. Darkseid’s right hand villain Desaad (Peter Guinness) also makes an appearance.

We explore further into Atlantis and meet Nuidis Vulko (Willem Dafoe), who is a mentor to Arthur Curry (Jason Momoa). Dafoe looks like he’s having fun in his career jumping from one comic book character to the next; his Green Goblin in Sam Raimi’s Spider-Man was one of the most compelling villains of the franchise.

Actor Ryan Zheng, who plays The Atom, also ended up on the cutting room floor, along with Elinore Stone (Karen Bryson), who plays Cyborg’s mother.

The film finally gives what many fans of DC’s animated shows were looking out for and that was J’onn J’onzz most notably known by his moniker Martian Manhunter. Actor Harry Lennix steps into the role and sets us up for what we hope will be a solo film about this character in the future.

That being said, did Zack Snyder’s cut of the film add any value to what we watched four years ago? As someone who enjoyed the 2017 version of the film, sadly this extended cut missed the mark. Snyder definitely did the right thing in cutting it down for the original release. The 4-hour version drags, and by time we get to what we’re expecting to see — the good parts, you know, the exciting new cameos? — we’re either half asleep or looking at the clock wondering how further we have to go on running time.

One of the most disappointing moments was seeing Kiersey Clemons in one scene but with no dialogue as Iris West.  We know nothing of Iris West except through Barry’s male gaze. She sees him and he sees her and there’s an obvious attraction. And yes, the attraction is mutual. But it’s clear that West is only here to be a setup for Barry’s story in his impending film The Flash.

There’s also an exchange between Batman and Joker that added absolutely nothing to the story. It felt more like a fan service moment than anything substantive to the plot. While the 2017 version’s pacing was never too fast nor too slow, the extended cut of Justice League is far too slow.

Victor Stone (Ray Fisher) has a significant role because of his powers being connected to the Mother Box — a box that Steppenwolf and the Parademons are eager to collect — and becomes a key player in this story. The extended cut gives more context behind his relationship with his father Silas Stone (Joe Morton) and what life was like before his tragic accident. However, now that we get more backstory on Cyborg, where does his character go from here?  Due to the recent controversy over Fisher’s statements about Joss Whedon, his character will not appear in The Flash. And that Cyborg solo movie was shelved.

One of the best scenes of the film worth watching was seeing the Amazonians fight like hell to keep that sacred Mother Box. Just like in Wonder Woman and briefly in Wonder Woman 1984, these warrior women dominate every scene they’re in with their bravado and incredible fighting style.

Zack Snyder’s Justice League is good for fans who want to keep up with those little easter eggs from one film to the next. However, as a story on its own, this cut doesn’t land as a cohesive narrative. Frankly, cutting many of the scenes was a good editorial decision and kept the 2017 version clean and less messy than what this extended cut delivers.