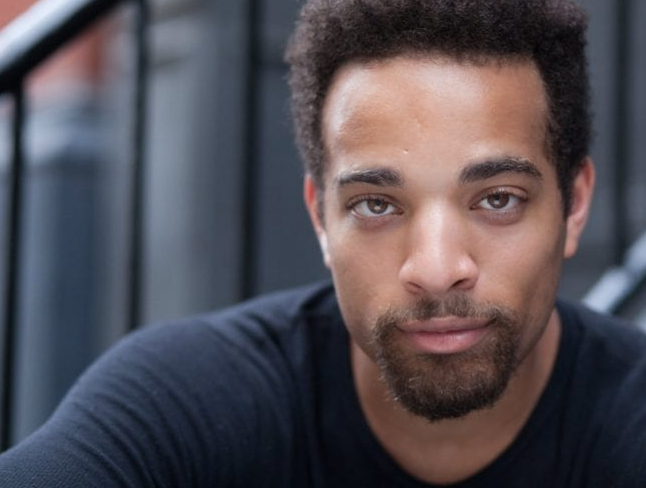 In Episode 6, Season 2 of Zoey’s Extraordinary Playlist, the big ticket item was an important storyline on racial justice and inclusivity. The episode follows the aftermath of Simon’s press conference on behalf of SPRQ Point. We see Simon wrestling with his future after calling out racial bias at the company. It was good television and a big step in the right direction for network TV.

BGN got a chance to sit with the man who plays Simon, John Clarence Stewart, to talk about the episode and all the powerful feelings behind it.

What do you think of Simon’s journey so far this season?

Simon at the end of Episode 5 makes a statement that he’s been wrestling with the entire episode. After he makes that statement on behalf of everyone, he does it for his soul so he can sleep at night. There’s a definite moment that he thinks he won’t be able to reconcile, but then as time goes on there are moments after moments of him noticing and seeing all of the other Black and Brown bodies in this space. He realizes the narrative that he’s alone in this is false. I think it’s dynamic. At the end of the day, I feel, an aspirational arc for Simon. I say aspirational because the truth is, there aren’t many Black and Brown bodies in the rooms where decisions are made. At the end of it, for Simon to say that he has this relief, there’s a hopefulness that I have. Hope takes courage. It’s courageous work. It’s not detachment. It embodies everything that has been, it’s a step forward, and Simon’s in that space at the end.

These two episodes are small victories in terms of the industry and even having these kinds of conversations on screen. How do you feel about, first, bringing this episode to life, and second, the changes that companies in the industry are making?

I feel honored to be telling this story, to be in the space that I’m in this time of my life, where I have the opportunity to breathe life into Simon’s perspective as he moves through this privilege because it’s something that I live. It’s like you said, I struggle with the same thing that Simon struggles with. That moment of the “check them on that” line, of embracing the small victories, is something that I wrestle with. Celebrating the victories gives us the wind in our sails for the next push, and so I’m excited about that.

When it comes to our industry and all of the changes, I think that I’m hopeful. I want to see the changes extend to boardrooms and, exactly the same thing that Simon is saying in the episode, spaces where people are deciding what stories to tell, how to tell them, etc. I want to see Black and Brown bodies, queer bodies in those spaces. I think we’ve proven time and time again that if you’re looking at it solely in an economic sense, these stories are profitable. Period. There is a dearth of stories that lie at the intersection. Specificity breeds universality. So if you’re going to tell the story at the intersection, in a very specific way, that resonates in a universal way and draws in more audience, you have to have bodies in spaces of power to steward those. I want to see more of that progress being made.

Do you do think that it’s easier in a way to confront “the world” when it comes to racism, rather than our personal bubbles?

It can be easier to address the world at large, as opposed to our own specific pockets. I think sometimes there’s an acceptance to our lives in our pockets of the world. There’s almost this resignation. I speak for myself. I find it more difficult, sometimes, to challenge those who I love who have problematic beliefs. But, those are the spaces where the conversations have to happen. For example, let’s look at white bodies in spaces that don’t have Black or Brown bodies present. They’re feeling totally at ease and comfortable. A white body speaking up in that space and confronting another white body about something racist, misogynistic, or whatever, says something far different than my Black body saying something in that space. It’s just like my Black body with other Black bodies, confronting someone about something problematic in another way. It resonates far more spoken from a body that is alike.

There’s going to be a lot of fear. It could also be the feeling of, what if I don’t have the right words to say specifically with the people closest to me? If they’re close to us, they’ve probably seen our trajectory and seen us condemning things at some point. So, you have those people who can reflect your past to you. That’s difficult to wrestle with. How do you stand up and say, “Hey, don’t do that,” when they can say, “Well, last year you were doing the same thing, so who are you to tell me?” It costs to be able to stand and say, “Hey, this is how I’m growing, this is what I’m learning, and I won’t accept that and be in a relationship with you in the way that we’ve done before.”

Was there a scene that you found particularly hard or hit you in a way you didn’t expect?

Yes. It was the one where Zoey and I are having a conversation in my office, and she tells me what the board has said about my statement. She leverages our friendship, leverages our closeness, leverages our connection, and empathizes in all of the ways that she knows how. All of those things are real. She even empathizes with the struggle that she knows, being a woman in the tech world. She tries to relate in every way she can, and yet it’s not the same. To be in a space where my Black body is telling the story, and having to communicate in this fictional circumstance, hits really close to home. Just because you have struggled, doesn’t mean you know my struggle. Struggle is not a monolith. To say that you know my struggle because you have struggled is erasing the nuance of my struggle. Having that conversation was very difficult to have.

One thing I know we worked through in that scene, and found a bit of it on set and in our conversations with Jane Levy (Zoey) and myself and director Anya Adams and writer Zora Bikangaga was to find the kind of linchpin that makes Simon get to the space where he communicates exclusively that things are different. Zora had the wonderful idea in the script of Jane leveraging her being a woman in the workplace. Jane had this desire to just tell the truth and not shying away from Zoey making mistakes. Not shying away from Zoey being flawed and wanting to lean into it with all of the good intent, saying something that completely erases Simon. Something that not only erases him when it comes to struggle, but then to look at Simon dead in his face and say, “I only see you as Simon.” I had to metabolize that, having dealt with the receiving end of that many times in my life.

I’m reminded of a time back in college. Too much information time! I was hanging out with a friend of mine, who was a white woman, and we were watching TV and she was like, you know, “I haven’t dated Black guys.” I was like, “Interesting, okay, cool.” She was like, “But you’re not…you know…you’re different.” Wait, what? What does that even mean? I remember the look on her face like she was giving me a compliment. I remember looking at her, stunned and going home and wrestling with that for days.

I think that’s also the thing that hits me about that scene in particular. It’s the fact that Simon and Zoe have never had this conversation before, in this way. It’s like when we were talking about these close friends in our lives. We can have conversations about grief, loss, pain, and all of these things, and still not get to the nuance of race in the world, who we are, and how we’re represented. To be vulnerable like that is hard. It costs.

In college, I couldn’t do that when I had this conversation with that friend. I ate it and went home. That’s the trauma of the microaggression. In my opinion, the trauma isn’t the fact that it happens. Incidents happen, and they’re living their lives. Then I’m left to mend the wound. A lot of times, I’m so used to being lashed up by the microaggressions, it’s like I got this scarred skin. I become so used to the lacerations that happen when I’m in those spaces.

Now, I choose to come and acknowledge the wound in real time. I choose to care enough about honesty and about the relationship. To confront it means something. At the end of that scene I went to the green room and I wept a little bit. I was communicating when I was moving through something actively in that moment, all of the things I’m experiencing, all of the moments where I’ve decided to be quiet. Now I’m like, “This is the beauty of what we do and I choose to do this. I choose to tell the story. I choose to go into that space and to let my vessel be the one that says these words, and it costs. I’m proud of it, I’m happy about it, and it hurts.”