In this week’s episode of The Mist, we learn that Kevin obviously ain’t loyal. Bryan got shot trying to save him, and he’s ready to leave him in the hospital. This is definitely a glimpse into his character. This will come back around as things get crazier.

The more I see Father Romanov try to control the people in the church, the more I think The Mist is going to turn into a good vs. evil situation with religion playing a major role in that. But, I can’t say if religion will be on the good side. Stephen King is pretty masterful at playing up the dark side of really religious people.

Mia is willing to risk it all to go back to that house. Her getting upset about the other Bryan saying he’s the real Bryan without talking to him is pretty reactionary. Her taking the key and running off into The Mist to go back to the house she went to in the first episode, seems odd. She’s being painted in a pretty sketchy light, but I have a feeling she is going to take a heroic turn.

We finally have our first theory about why The Mist has shown up! According to Mrs. Raven, it’s here to “clean things up” in the world and get rid of the bad people. This is another common Stephen King theme. Usually, it ends up becoming really distorted with the characters believing in the idea that the bad thing is there for a “greater good.” Once they buy in, they start making decisions to support the disaster’s “mission” and that’s when the craziness really ramps up.  I hope Mrs. Raven doesn’t devolve into a raving maniac. I appreciate her calm acceptance.

Dr. Bailey seemed like a good guy. I mean, he helped Kevin operate on his brother and everything. But now we see that he’s experimenting on people to learn more about The Mist to discover how to stop it. You gotta love a sketchy scientist in an unknown natural disaster. I suppose his intentions are good, but this guy is essentially murdering people by feeding them to The Mist.

I predict that Shelley is going to end up being a problem. I think she tried to kill Alex because she’s mad that Lila didn’t survive her encounter with the creature in The Mist. Now I’m guessing it was she who locked the door and set the break room on fire while Alex was in there. I’m sure seeing Alex and Eve laughing together in the store was tough for Shelley to see, but she obviously blames Alex for Lila’s death. 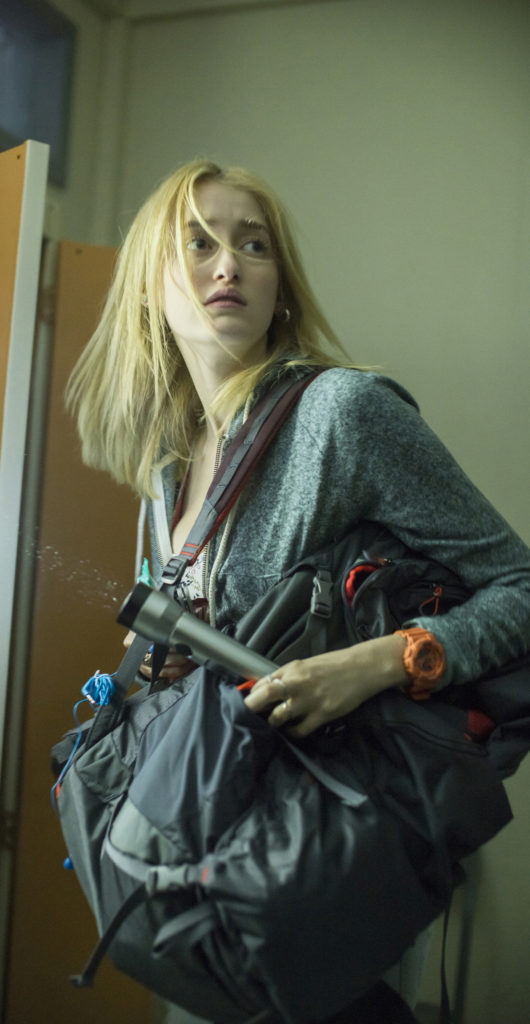 Link is obviously a reflection of Father Romanov’s darkest beliefs. If he was willing to beat Mrs. Raven into submission to stop her from sharing her beliefs about The Mist, I’m sure Father Romanov is willing to do much more. I can understand why Mrs. Raven locked Link in the tower with The Mist, but I have a feeling this isn’t the last we’ll see of him.

I’m a little annoyed that Bryan rushed in to save Kevin from Dr. Bailey’s “experiment” after he tried to leave him. I know Bryan doesn’t know he was going to leave him, but I think Kevin would throw him under the bus if it serves him. I hope Bryan doesn’t learn this the hard way, but I suspect he will.

It seems that The Mist is truly inescapable. I can only imagine what Kevin, Mia, Bryan, and Adrian are going to encounter once they get the doors to the psych ward open. One thing I’ve noticed in this small town is that there are some horrors at play that have absolutely nothing to do with The Mist. I’m sure they’re going to encounter some of those horrors in the next episode.

What do you think? Will the psych ward be a sanctuary for people escaping from The Mist? Or will it be another horrifying situation?