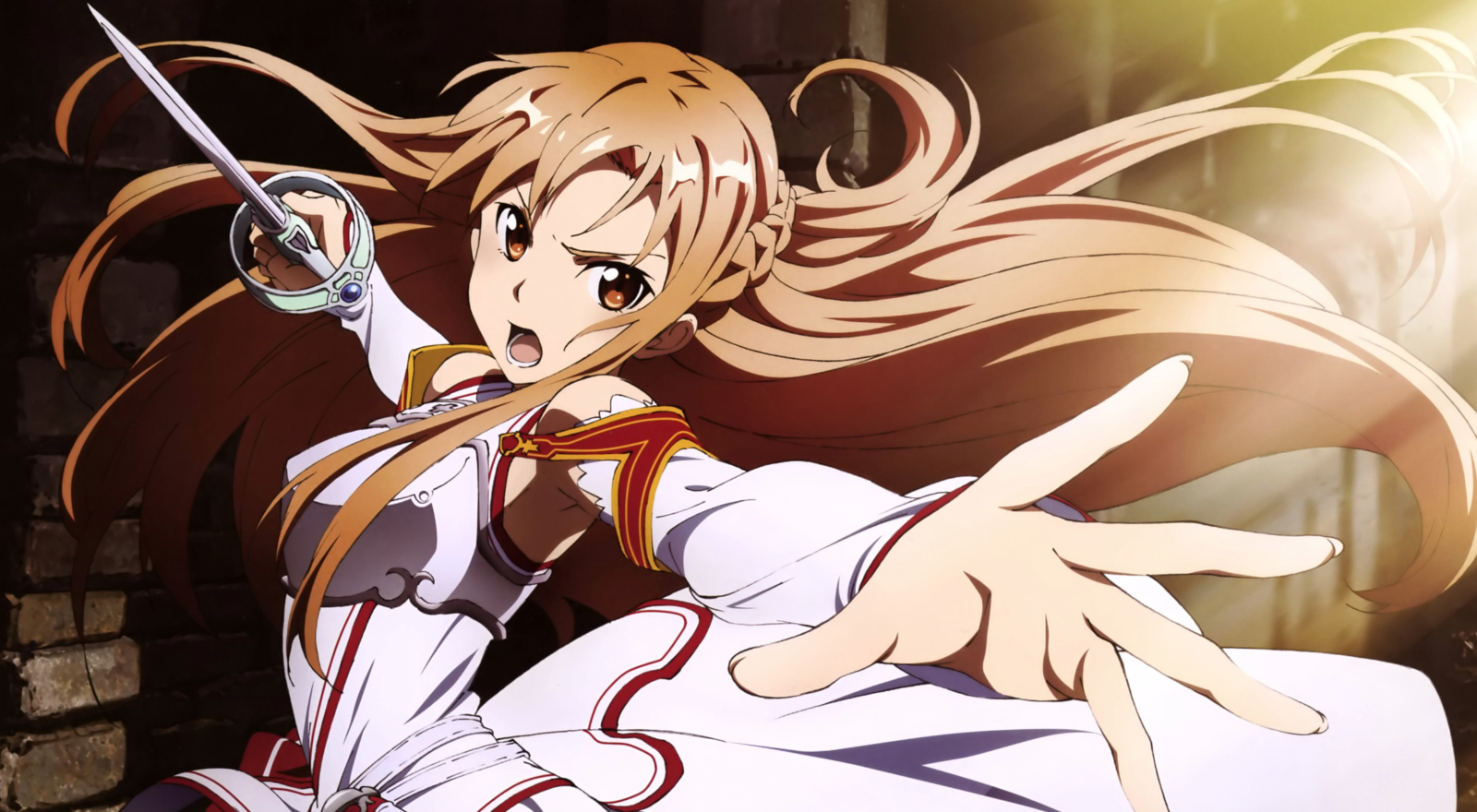 Throughout anime history, we’ve been introduced to strong female leads who easily give male main characters a run for their money. A good anime heroine is as strong as she is beautiful, taking down enemies and handling quests on her own with little to no help. Shows like Sailor Moon, Neon Genesis Evangelion, and Jujutsu Kaisen are full of powerful animated women who give a whole new meaning to the phrase “I don’t need a man.”  If you’re looking for anime beauties who are heroes in their own right, here’s a list of five that embodies strength, bravery, and independence.

Faye Valentine is femme fatale incarnate. The purple-haired vixen from Cowboy Bebop will steal your heart with her sultry strut right before she steals your wallet. This honky tonk woman is a hardened soul with a troubled past: her thieving, conniving ways and issues with gambling often land her in trouble with criminal masterminds and the law.  Faye is a shoot-first-ask-questions-later kinda chick; her savage gun-toting skills and expert piloting make her a valuable asset to Spike and the gang. Although Faye is a loner who prefers to look out for herself, over time she learns to befriend the Bebop crew, coming to their rescue in desperate times of need (especially Spike, who she clashes with the most). Her troubled past forces her to walk through life alone, but deep down, she’s just a lost girl desperately trying to reconnect with her past and find her place in life.

Mikasa Ackerman is a force to be reckoned with. This raven-haired beauty hails from the hit shonen Attack on Titan and ranks among one of the show’s strongest characters. Mikasa is a member of the Survey Corps, a military branch of soldiers designed to take down flesh-eating Titans. Mikasa is one of few women to join the Survey Corps and quickly becomes one of the most skilled soldiers in her class, climbing the ranks in both maneuvering, weaponry, and hand-to-hand combat. Her tragic past and run-ins with death forced her to tap into her fighting potential at a young age, and she’s been cutting down foes, both male and Titan, ever since. Don’t confuse her stoic, composed demeanor for weakness; she’ll cut you down literally and figuratively if you’re foolish enough to cross her or a loved one. Although she appears cold and withdrawn, Mikasa is driven by love and an overwhelming desire to protect those closest to her.

Maka Albarn is a powerful scythe-wielding teen from Soul Eater with a heart of gold. Her intelligence, masterful scythe skills, and impressive hand-to-hand combat make her one of the top students at Death Weapon Meister Academy, where she trains to become a scythe-meister just like her mother. Although Maka is overpowered by her predominantly male peers, it doesn’t stop her from taking up space; her hard work and dedication to her craft make her a star in her own right and one of the highest-ranking meisters in her class. Maka’s advanced fighting techniques and courageousness make her a challenging adversary, as she uses every inch of her body and soul to wield her gigantic scythe. Her cat-like agility, high-flying acrobatics, and fluid fighting style are used to slay countless foes and elevate both her and her death scythe to new levels. Although her studious nature and short temper make her appear intense, at her core, she’s a selfless and compassionate girl who will stop at nothing to help a friend in need.

Ryuko Matoi is the star of Studio Trigger’s Kill La Kill. She’s a fierce, headstrong MC who is not easily intimidated, even when the odds are stacked against her. Ryuko’s unrelenting quest to avenge her father’s death lands her in fights throughout her local school district before she arrives at the vicious Honnouji Academy, where she rebels against the strict rule and order of the power-hungry school council. Even though Ryuko’s fierce competitiveness and blunt attitude often land her in trouble and make her a walking target at school, it doesn’t prevent her from speaking her mind and standing up for what’s right. Never one to back down from a fight, she’ll take on any opponent who dares to challenge her or threaten the lives of the innocent, from low-ranking pickpockets to three-star Goku fighters. Over time, Ryuko works her way up from a street-fighting rookie to an elite sword fighter defeating enemies across the school body, including high-ranking school council members. With the help of her super-powered uniform and giant scissor-blade, Ryuko enhances her strength, speed, and agility and quickly proves to the students at Honnouji Academy that she will cut down anyone who stands in the way of her vengeance.

Asuna Yuuki is a virtual sword-fighting prodigy from Sword Art Online. A master with a rapier, she uses her thin sword to deliver powerful thrusting attacks and hit combos that quickly vanquish her enemies and leave destruction in their wake. Asuna’s headstrong, fierce personality allows her to rush headfirst into danger fearlessly. At one point, she lived her life on the edge, annihilating monsters, and leveling up in SAO without a care in the world. That was until a chance encounter with MC Kirito that changed her life and her perspective of the world forever, softening her into the tender-hearted soul she is today. In addition to being a deadly sword fighter, Asuna is also a loving friend who will do anything to protect her loved ones, even if it means putting herself in harm’s way. Don’t let her beauty or small stature fool you for a second; she’s far from being a damsel in distress. Asuna can take down enemies in a single blow and is easily among the top three strongest characters in the series.