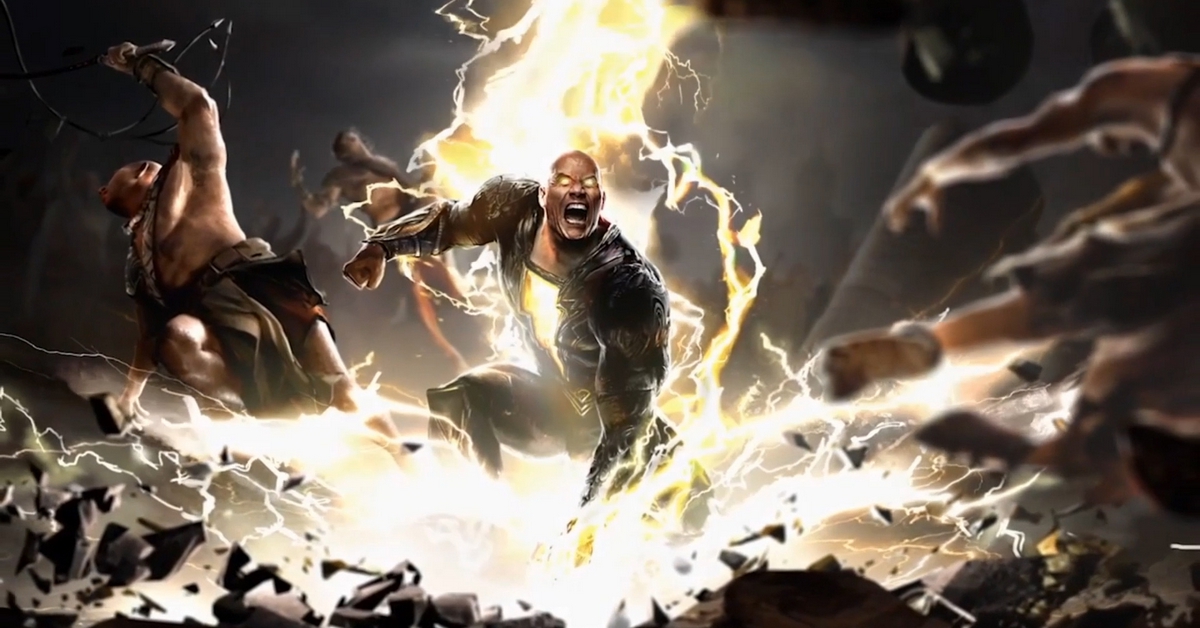 Opening our previous discussion on why Papa Midnite deserves his own solo film, we stated that 2016’s Deadpool popularized the comic book anti-hero subgenre. The movie’s massive success prompted Marvel, and anyone with rights over Marvel’s IP, to produce more anti-hero films. This resulted in hits such as 2018’s Venom, whose sequel, paired with the upcoming Doctor Strange and the Multiverse of Madness, sets up the anti-heroic symbiote as part of the MCU.

Naturally, Warner Bros., being a responsive company rather than a visionary one, decided to copy Marvel’s formula and form an anti-hero of their own — Black Adam. However, Black Adam isn’t exactly a typical villain turned anti-hero, like Deadpool and Venom. He’s much darker and minces no words with his opponents for the audience’s sake. He would much rather flatten you into a pancake than break the fourth wall like an unnamed Merc with a mouth is known to do.

This begs the following question: is Black Adam really an irredeemable villain like Lex Luthor or the Joker, or really, just a misunderstood, morally gray super-powered individual who only sought justice? Well, as it turns out, Black Adam is both. He first appeared in The Marvel Family #1 (not related to Marvel Entertainment ), published in 1945. He was an ancient Egyptian named Teth-Adam, who the Wizard Shazam chose to be his successor due to his presumed moral purity.

Upon saying the magic word “Shazam,” Teth-Adam is transformed into Mighty Adam — a super-powered individual whose powers mirror Captain Marvel’s. The original version of the superhero we today know as Shazam/Billy Batson. Mighty Adam, once a slave, quickly becomes corrupted by the vastness of his power and overthrows and kills the pharaoh and assumes the Egyptian throne. Angered by the betrayal of his successor, Shazam renames Mighty Adam into Black Adam and sends him to the most distant star in the universe.

Black Adam spent the next 5,000 years flying back to Earth. By the time he made it back, it was 1945, and Shazam had appointed a new successor, Captain Marvel — later renamed Shazam, to avoid copyright infringement. Adam battles Billy Batson, who eventually tricks Adam into saying the wizard’s name, reverting him to Teth-Adam. Five thousand years of aging caught up with him in an instant, and Teth-Adam died within seconds of transforming into a regular human.

However, the character is resurrected and slightly altered nearly 30 years later as a powerful opponent fighting Shazam and Superman. Recent comic book publications and the upcoming film have positioned the character as an anti-hero, so here are the five reasons why Black Adam is misunderstood as a villain and why he’s actually an anti-hero.

He Was Always a Hero, Sort Of

Black Adam initially started out as a superhero, and a protector of Egypt and Kahndaq, alongside Nabu and Khufu — the latter of which is actually a past incarnation of Hawkman. Despite using his power to take over the throne while expanding his list of crimes against humanity and other celestial civilizations, his legacy prompted him to join the Justice Society of America. He became one of its most powerful members.

Though hard-edged and often brutal, Black Adam’s embrace of his heroic past pushed him towards making his name a good one in recent comic publications. Besides, unlike Billy Batson, who relied on his friends to keep him in check, Adam only wanted to free his people and exact vengeance on those who wronged him — regardless of the cost. Still, that doesn’t take away from the fact that he wanted to balance the scales.

He’s A Soldier and A King

Black Adam is a champion of the Gods and a King, a product of an ancient society, not some silly superhero. As such, he’s not gentle towards his enemies and anyone attacking him or his kingdom with lethal force — to which he replies with the same. Unlike Superman and many other superheroes, he’s not a 20th-century idealist who doesn’t resort to getting his hands dirty. Numerous atrocities credited to his name are the difference between him doing the bloody deed himself or having an army do it for him.

Admittedly, he’s already showing mercy to surrounding kingdoms and nations, as he has no interest in conquering them, only wanting to rule the kingdom he overtook. That’s precisely what makes the character so provoking; he only wants to bring nothing but peace to his subjects, something that internally he can never have. And that brings us to our next point.

Though he allied himself with other villains and superheroes on several occasions, it always suited his goals and by extension, the goal and well-being of his subjects. He did take over Kahndaq, but he’s a benevolent ruler and cares for his subjects. He’s a very powerful politician that wouldn’t flinch about tearing the world apart to protect his state. So, despite how twisted it sounds, Black Adam actually cares about his kingdom but doesn’t consider the lengths he takes when protecting it — which makes him an anti-hero, at least occasionally.

Anti-heroes are, by definition, flawed, conflicted individuals with a cloudy moral compass and abundance of power — which makes them more human-like and thus more realistic, complex, and in recent times, even more likable. His powers alone are slightly greater than those of the Kryptonian, as shown in several comics in which he wiped the floor with Superman a-la-Charlie-Watts style.

What makes him more realistic is that he’s a ruthless killer who doesn’t mind killing for “a greater good.” Strip away the superpowers, and you’ve got the basic picture of every human being that ever went on a peace-keeping mission in a conflict-ridden part of the world. He knows what has to be done, and he’s not afraid to do it.

The upcoming film is set to have a massive impact on the DCEU, as it shifts the balance of power from the Justice League as the most powerful group of individuals on the planet, to Black Adam, another super-powered individual who will become yet another anti-hero.

Black Adam is a fairly complex character and not a classical villain or an idealist superhero. In the end, one man’s villain is another man’s hero, and the same can be said for Shazam’s first champion.