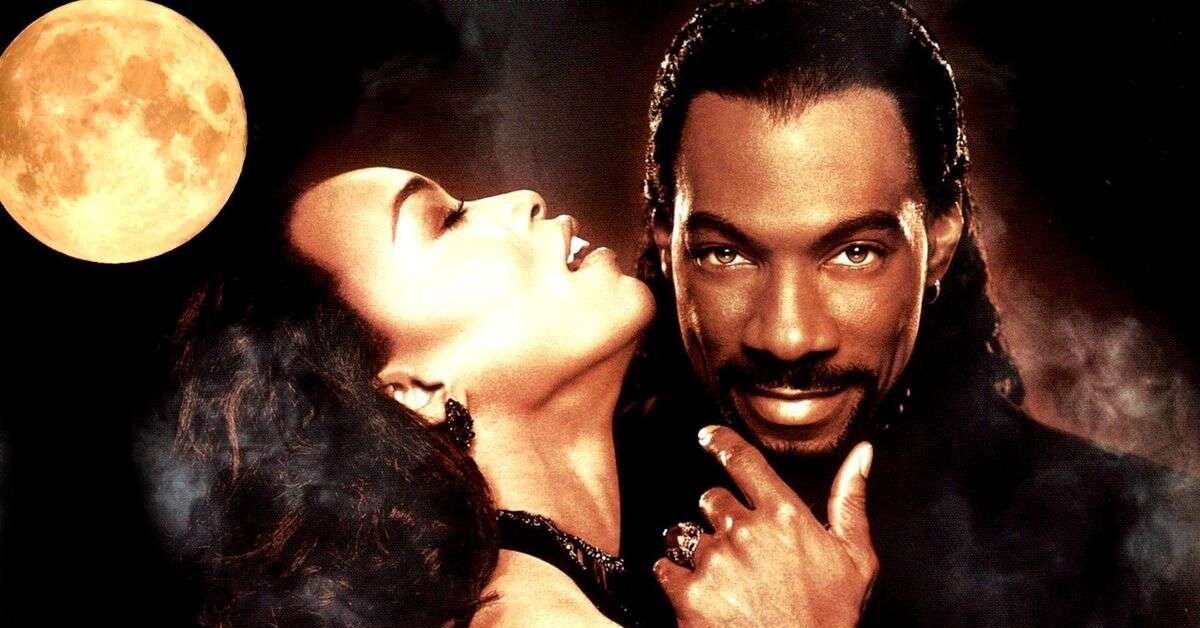 When 1995’s Vampire in Brooklyn was released, the film was immediately panned by the critics but loved by the audience for its fresh take on the vampiric horror genre blended with comedy.

This cult classic, at least for those who have had the pleasure to see it, is arguably one of Eddie Murphy’s greatest comedies. Besides diversifying the vampire mythos, which was almost exclusively Caucasian, the movie also brought back memories of 1972’s Blacula. Here are six reasons why Vampire in Brooklyn remains a cult classic to this day:

Despite the initial unfavorable reviews by critics at the time of its release, the very first reason why we would call Vampire in Brooklyn a cult classic is because it’s an interesting mess. To be entirely honest, the list of movies that have gained a cult following after they received bad criticism across the board is all but short — 1999’s Fight Club is a very good example of a film that gained a cult following decades after its release.

Still, Vampire in Brooklyn is incredibly fascinating in that its shortcomings are its strengths as it brings together Eddie Murphy and famed horror director Wes Craven in a mixture that is both singularly bizarre and yet strikingly unique.

After producing a series of scary movies, Craven was actually looking to make a comedy. This clashed with Murphy’s desire to portray a straight horror role, leading to a cult classic that doesn’t know whether it’s trying to be funny or scary. However, Craven’s directing and Murphy’s acting performance is what probably saved the film from being an absolute disaster.

Murphy portrayed an ancient bloodsucking vampire named Maximilian completely straight, as if he were actually performing in a real horror movie. He also mixed in his personal style, which involves playing multiple characters — including Preacher Pauly, with his “Evil is good” line, and Guido, an Italian mobster. In fact, Murphy was a very convincing vampire in the film, and sometimes even fear-inducing. It’s sad that up to this point, he’s never gotten a proper horror film role; he would be a great villain.

The very presence of already-ageless and multi-talented Angela Bassett alone makes this film worth a look. Every actor plays a cop at least once in their career — Eddie Murphy had just finished portraying Axel Foley in Beverly Hill Cop 3 before shooting Vampire in Brooklyn — and Bassett’s performance is really exceptional. She and Murphy had solid chemistry in spite of poor writing, and the whole thing sometimes feels like they’re in a movie of their own, separate from everyone else.

Bassett portrays New York City Detective Rita Veder, a half-vampire that has been predestined to fall in love with Maximilian, a vampire who wants someone to spend an eternity with. And while the fans and the critics have branded Rita Veder as one of Craven’s strongest female characters, we wouldn’t count this role in our 5 Roles of Angela Bassett That Were Criminally Overlooked.

Admittedly it took the critics nearly 30 years to reassess the cult classic and recognize its value in the horror-comedy genre and essential cannon of African-American cinematography. While contemporary critics had negative thoughts about it, critics today agree that Vampire in Brooklyn is an important film today since it did more than just center on a predominantly Black cast of characters.

It actually took a few steps further in reimagining the vampire mythos and infusing it with West Indian and Caribbean folklore elements. Combined with a top-tier cast, these elements made Vampire in Brooklyn a very distinct film for its time, and now, nearly 30 years later, one of the most important, and outright the best, films in the horror-comedy genre. Besides Evil Dead, of course.

Apart from 1972’s Blacula, there weren’t many African-American horror films or even horror-comedy films at the time that were predominantly aimed at an African-American audience. Vampire in Brooklyn changed this by making Murphy into a highly-romanticized monster and bringing it to a very urban setting in front of a very urban audience. Instead of Wallachia, which borders Transylvania in the North (both are part of Romania), or some Eastern-European bazaar, the eponymous vampire came to Brooklyn in the 1990s, which brought the film closer to modern audiences.

Murphy is a villainous monster in the film, a hyper-intelligent apex predator that brutally eviscerates his human prey with a calm collectedness that, at times, causes a feeling of uneasiness in the viewership. But then, the tonal inconsistency in the movie rears its head, and we see him in a comedic guise of a pastor who’s unwittingly dragged into a church where he starts to smoke up, as he can’t enter places of worship.

He then calls for service on the church’s lawn and goes on to deliver a sermon about the necessity of sin and evil. And then, there’s Guido and other less-sensical things that would make the threat of the vampire hilarious instead of dangerous. Murphy really delivered this role perfectly, despite doing the film for the sole purpose of greenlighting The Nutty Professor.

With everything all said and done, Vampire in Brooklyn is much more than a scary-funny romp, as it anchored itself as part of an ever-evolving vampire lore that draws roots from Eastern-European folklore and which produced a series of works, both in literature and cinematography that at times many have deemed exclusionary. Well, Vampire in Brooklyn not only changed that, it blended comedy and horror and opened the door for more African-American horror movies to throw back their coffins and shamble toward a delectable movie-going audience.

You can watch Vampire in Brooklyn on Hulu and Amazon.