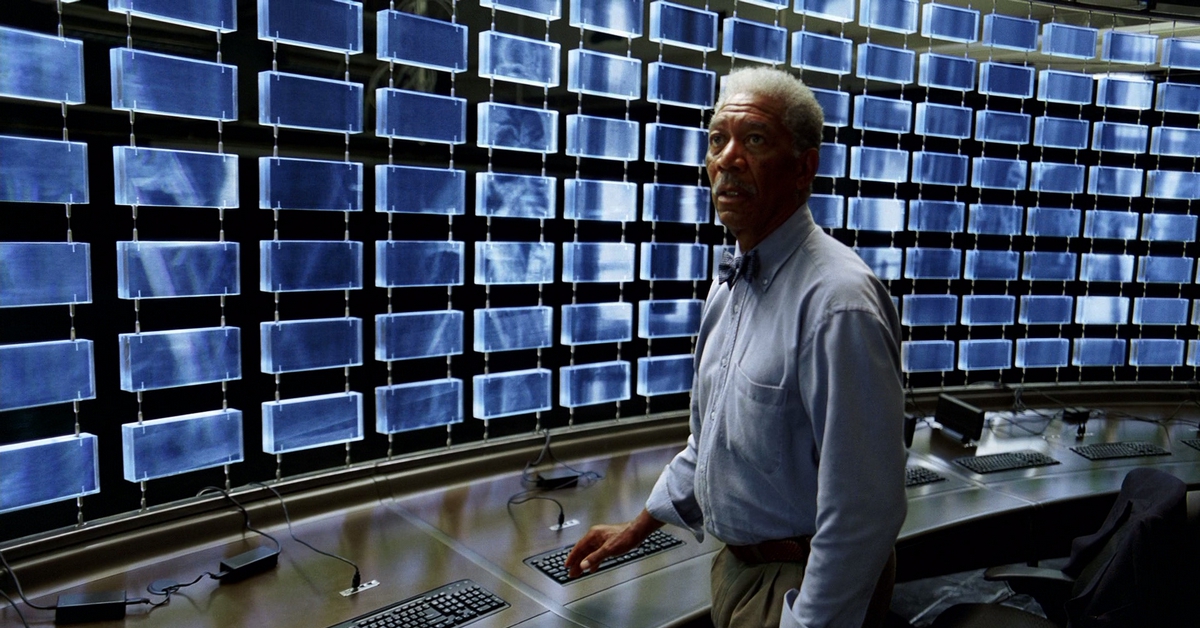 Superman might be the strongest superhero in the DC universe (he actually isn’t), but Batman is by far the most loved by DC fandom. The character’s lore and background are interesting, to say the least. The character himself is truly great and unique in many ways — and certainly very different from other mainstream heroes. That’s part of what makes Batman so great; unlike most DC superheroes, Batman is human and has no superpowers. Nothing but his training, wits, and iron will. Well, all of those things AND Lucius Fox.

Lucius is actually the unsung hero of Batman lore. He is one of the most vital yet underrated characters that play a crucial role in allowing Batman to do what he does best — fight crime. Besides being the Bat’s armorer and weapons supplier (and perhaps even a father figure at certain points) it’s evident that the genius of Lucius Fox is the greatest weapon in Batman’s arsenal. Here are six times Lucius Fox was Batman’s best-kept secret:

After the death of Bruce’s parents, but before Bruce officially became Batman, Fox climbed the corporate ladder. He held a few key roles in the company during his rise to the top of Wayne Enterprises. After he found out about Bruce’s nighttime “extracurriculars”, his in-depth knowledge of corporate policy helped him create a loophole so the company could officially support Batman’s anti-crime campaign.

This partnership was made public, and it served as a clever way of dispelling potential theories about Bruce Wayne being Batman. However, as the company’s CEO, Lucius also demonstrated enormous commitment to the Wayne legacy. This is also depicted in The Dark Knight trilogy.

Fox Is A Tactical Genius

For those who aren’t really acquainted with Batman comics, you might be surprised to know that Alfred Pennyworth, Bruce Wayne’s butler, had a very successful career as a member of Britain’s MI5 intelligence agency. On the other hand, Lucious Fox served as a member of the Office of Strategic Services, which later evolved into the Central Intelligence Agency (CIA).

This tactical expertise allows him to craft better gear and equipment for the Bat. He also has some knowledge of working in highly-dangerous field operations. Additionally, Batman needed someone who knew who he was and wasn’t afraid of getting involved in vigilantism.

Everything about Fox screams ingenuity, as he used both his intellect and the vast resources that Wayne Enterprises provided him to create better suits for the Caped Crusader. One of those suits even had a retractable cape, a “second skin” that monitors Batman’s vitals, and even boasts some minor medical repair capabilities. That certainly comes in handy for someone who subjects themselves to the rigorous amount of punishment that Batman endures each and every night.

If the wearer breaks his arm during combat, the suit hardens around that area, providing support for the bone, and administers a shot of painkillers. Lucius’ greatest creation, the Batsuit Version 8.03, actually debuted in 2015’s Batman: Arkham Knight as a technological marvel. The suit was composed of a titanium-dipped tri-weave fiber mech around the proprietary WayneTech Smart MR-fluid that is incredibly flexible but hardens in response to impact. Apparently, Tony Stark still has a lot to learn.

The character was rebooted several times throughout the series. Despite the number of changes introduced in Batman’s life, Lucius Fox and Alfred Pennyworth always hold the same roles. Sure, certain aspects might change, like Lucius’ family. However, Fox is always Batman’s partner and a technological genius, no matter the Earth or the continuity.

On Earth 3, for example, Fox is a genius crime lord who works alongside Owlman — Batman’s evil counterpart. Besides this, the New 52 continuity follows some of the old trends associated with Fox but brings plenty of new elements to the character.

Lucius has been depicted with various children throughout the years and continuities, and some of them even became superheroes. For example, Lucius has four children in the New 52 continuity: Tiffany, Tamara, Lucas, and Timothy “Jace” Fox. Lucas became the second Batwing, while Jace became Batman.

Not What He Appears To Be

The latest issue of Batman: Detective Comics #1037, a backup story titled 3 Minutes, reveals the real reason why Lucius Fox joined Batman’s crusade, and it wasn’t for the sake of Bruce Wayne himself. During the story, Fox voices his concerns about Batman involving Dick Grayson’s Robin in crime-fighting, putting him in harm’s way at a very young age.

Alfred assures Fox that Batman knows what he’s doing and would give his life to protect Robin. Lucius still voices his concerns, stating that he never stayed for Bruce but to prevent others from becoming collateral damage in Batman’s crusade. This certainly sheds new light on the relationship Fox has with Batman, especially considering that both his sons become Batman (Batwing is the Batman of Africa).

In conclusion, Batman probably wouldn’t be what he is without Lucius Fox. Sure, with the resources and determination, Bruce has no measurable limit, and he could easily source his equipment elsewhere. But how would Wayne Enterprise justify their sponsorship of the Caped Crusader without Fox? Ultimately, the character is somewhat of a distant but cool-to-be-around fatherly figure and another compliment to Bruce’s steadfast nature and an opposite to Alfred’s quiet but caring role.

Lucius Fox is a shrewd and very skilled businessman, who enjoys a warm, and depending on what day it is, a shaky relationship with the Bat. But as the new continuity revealed, he’s neither a friend nor a foe but the Bat’s ally responsible for keeping the gears turning.