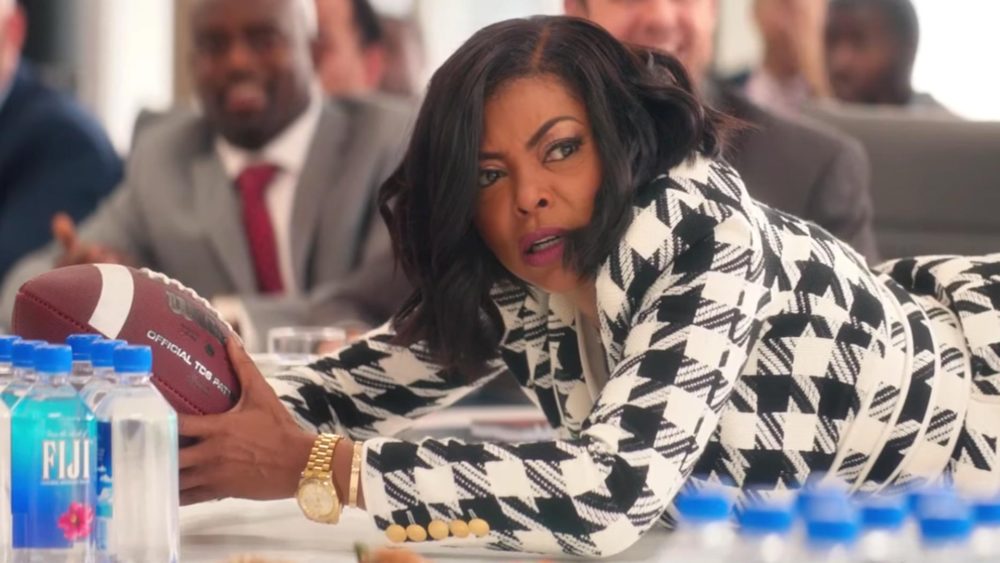 I watched the first male-centered version of Adam Shankman’s What Women Want with Mel Gibson as the leading womanizer debuted in 2000. He was an ad agent who needed to land a contract with a company making women’s products. This newer version featuring Taraji P. Henson as Ali, a sports agent follows the original thematically but has several improvements made in the details. BGN reported on this in our review of What Men Want, and that review was accurate. However, I had a few more thoughts to add, thoughts that popped up while I watched the film opening weekend.

1. Is the 90s soundtrack a throwback to the old version? Destiny’s Child’s 1999 release “Bills, Bills, Bills” and “Poison” by Bel, Biv, Devoe seem to harken back to the 2000 version of the film. It could also be a soundtrack for an elder Millennial like Taraji’s character.

2. This is the third movie this year that has shown black dads in a very positive light. I think Russell Hornsby was right about the changing faces of black dads in film and tv. He mentioned this during an interview for his undervalued role as Maverick in The Hate You Give. Aldis Hodge plays just a dad with no strings, quirks or issues. He is a bartender who is saving for his own bar. So, what? Dad’s come in all varieties. I was so glad to see that the one featured in the film was given space to be his own type of dad while still being a positive depiction of Black fatherhood.

3. Can we get a movie with the Erykah Badu’s psychic/weed dealer character in it? Maybe with Tracy Morgan’s basketball stage dad making a cameo? These two are the most hilarious characters in the film and yet we see so little of them. Morgan’s penchant for the flamboyant makes his character screamingly funny. And Badu has a knack for the driest lingual humor that hits every time.

4. Per #3, stay through the credits. Badu’s character really shines and we get a glimpse of her and Morgan together. You can thank me later for this info.

5. The throwbacks to the 2000 version of the film are not least bit subtle, but they are entertaining. Watch and listen for the references, as they are scattered throughout the film like Easter eggs. For example, the ER doc mentions a man brought in earlier in the evening who had been electrocuted by a hair dryer in a bathtub. If you will remember, Gibson’s character’s powers were activated when he was electrocuted in the bathtub by a hairdryer. Paying homage to the past without reliving is the most fun of this film.

6. Packer and Shankman prove that you can remake something without shackling it to a problematic legacy. Taraji’s character has such a similar job and gets the mind-reading power in much the same way Gibson’s character did. Basically, the thematic elements that worked in the first film were brought back for the old one and made more responsible.
Gibson used “girly” products like pantyhose, razors, pore strips, and other items to get into the head of a “girl”. This message to so awful from beginning to end because you begin with the premise that women are not human and need some research to even understand.

Do I even need to explain why dragging in the products was worse? Taraji, however, refuses to sink that low. Her character is pondering the problem without seeking stereotypically male items. In fact, her power is activated by an actual likeness of an exclusively male organ. No stereotyping or innuendo needed.

7. The stereotypes are there, but only to keep things light and humorous. We identify them to make fun of them and to also point out that the stereotype is not true be it for gender, race, or sexuality. The hunk in the elevator is a prime example. He definitely looks like a walking stereotypical muscle man. That is proven wrong so fast!

There is a lot more than I can say, but I don’t want to give away too many spoilers. Get out there and see this film before your friends start telling all the good parts at work!

What Men Want is in theaters everywhere.