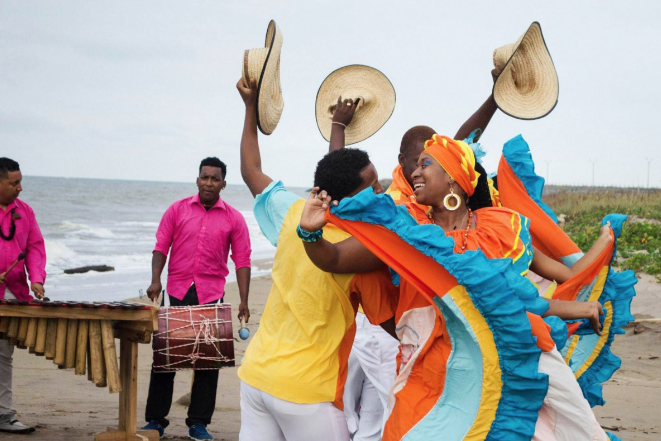 Throughout the African Diaspora, there are communities of Latin people whose dark brown skin resembles the tones of their African ancestors. Yet for years, the Afro communities in many Latin countries were considered nonexistent. Fortunately, there are people and organizations working to let the world know about these vibrant groups of people living in Mexico, Panama, Colombia, and even Ecuador.

If you’re curious to learn more about Afro-Ecuadorians, here are 9 things you may be surprised to know.

1. Afro-Ecuadorians make up 7–10 percent of the population

Although an accurate number of Afro-Ecuadorians is still being determined, over the years there have been estimations of the population. In 2010, the census showed 1,041,559 people, or 7.2 percent of the total population. However, other local organizations would say that it’s closer to 10 percent.

A majority of Afro-Ecuadorians can be found in the province of Esmeraldas, in Valle del Chota, Guayaquil, and Ibarra, which is located in the Imbabura Province.

3. The province of Esmeraldas started as a safe haven for runaway slaves

In 1533, slaves were brought over from Africa on Spanish slave ships, yet there were a few Africans that managed to escape a life of enslavement. Those that escaped found shelter and refuge along the coast of the Esmeraldas region, an area that now is 70% Afro-Ecuadorian.

4. There is a growing Afro-Ecuadorian consciousness that was started in the late ’80s and ’90s

In 1988 a group of Afro-Ecuadorians started the Asociación de Negros Ecuatorianos (ASONE). Their mission is to reassert Afro-Ecuadorian dignity and place in society. It was 10 years later in 1998 that Afro-Ecuadorians were able to pressure the government into acknowledging them as a distinct ethnic group. From there Article 85 of the Constitution was created and allowed Afro-Ecuadorians rights to cultural patrimony and collective territory.

5. West African-influenced music is played within Afro communities in Ecuador

Marimba, a style of music with African influence, is the most popular music to come from the Esmeraldas region. It is also popular in the small towns of San Lorenzo and Borbón. Accompanied by drums, this music is primarily played on a palm-wood xylophone. This music is often played throughout daily life as well as during popular festivals. It also plays an important role in helping to pass down stories and traditions from generation to generation.

6.  October 2 is the National Day of Black Ecuadorians

Afro-Ecuadorian Cultural Week in Quito, the nation’s capital, was started in October 1997. During this festival, leaders introduced a proposal to improve the economic, political, and cultural status of Ecuador’s Black communities.

Later that year the Ecuadorian National Congress declared October 2 to be the National Day of Black Ecuadorians to help bring awareness of the political and economic disadvantages that many Afro-Ecuadorians face.

After the abolishment of international slave trafficking by the Spanish crown in 1821, many enslaved Ecuadorians didn’t receive their freedom until much later. It wasn’t until 1852 that enslaved Africans received their freedom because of the ratification of the Constitution, which allowed slave owners compensation for releasing their slaves.

7. An Afro-Ecuadoran woman played a part in helping Afro-Ecuadorians fight for their freedom

Maria Chiquinquira Díaz was one of the first Afro-Ecuadorians to fight for her freedom. Although there is limited information on her life, what is known is that she was a slave in the mid-18th century. When her daughter was sold to a different plantation, she petitioned the court for her and her daughter’s freedom.

Her fight gave other Afro-Ecuadorians the courage to fight for their freedom as well.

8.  The Attorney General of Ecuador is an Afro-Ecuadorian woman

Raised by a single mother along with three siblings, Diana Salazar Méndez has built a career fighting injustices and pushing for equality. With a degree in political and social sciences and a master’s degree in procedural law, Mendez is known for her work fighting against the 2015 FIFA corruption case. Because of her astounding work, she was awarded the International Anticorruption Champions Award. This award honors individuals who have worked to fight against corruption and ensure credibility in their country.

9. The person considered one of the best Ecuadorian football players of all time was Afro-Ecuadorian

Known as Cabeza Mágica, or magic head, Alberto Pedro Spencer Herrera is most known for setting the record for scoring the most goals in Copa Libertadores, a well-known club tournament in South America. Currently, no one has beaten this record. On top of this, throughout his career has made a total of 451 goals. Unfortunately, Herrera passed away in 2006 from a heart attack, yet his legacy lives on.

A once neglected group, Afro-Ecuadorians have always seemed to overcome adversity. Although there is a lot of work to be done to help these communities get the support and recognition they deserve, process is slowly being made.

Lastly, it’s important to note that travelers can support these communities by planning trips to visit regions with higher populations of Afro-Ecuadorians. Throughout the year you can partake in different celebrations and festivals to help celebrate their rich culture.

This Really Is America