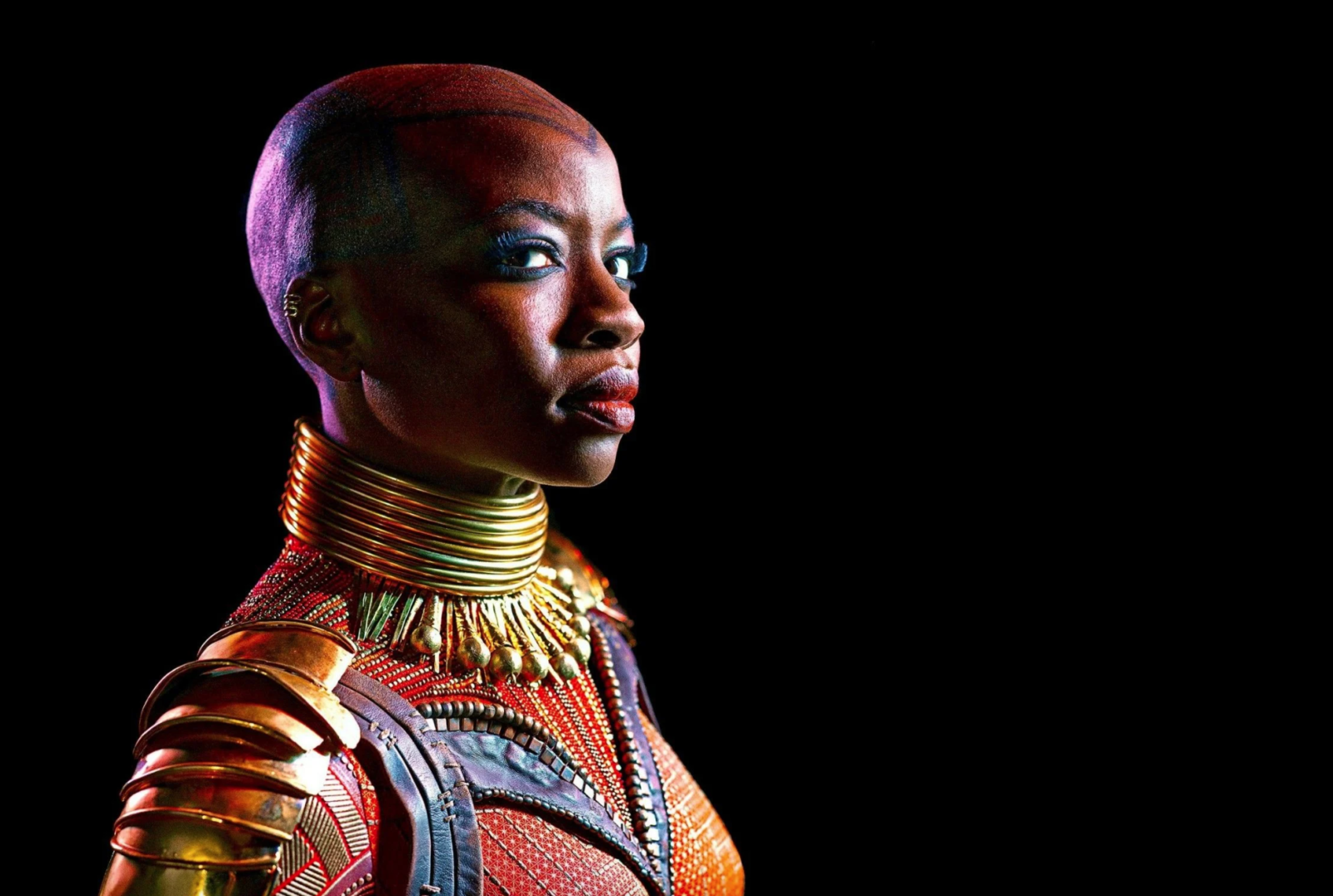 When it comes to action movies, I prefer movies that show women throwing punches, flipping off walls, and fighting for what they believe in. Watching films where women aren’t the damsel in distress is inspiring as well as entertaining.

Besides being enjoyable to watch, female action heroes and villains show viewers that it’s okay for women to be strong, smart, and sexy. With all this being said, here’s my list of 9 Black female superheroes and villains and why every woman should look up to them.

Okoye’s loyalty is one of the many reasons I admire Danai Gurira’s character from Black Panther. Without overlooking her impeccable fighting skills, such as catapulting a spear while standing on top of a moving car to successfully stop a runaway van, her loyalty is what makes her unique. It’s her willingness to fight for Wakanda until the very end. She reminds us all that it’s not always about winning or losing but how you fight.

Being a fan of the Dora Milaje in Black Panther, my heart did a backflip when the cinematic world gifted us with another opportunity to watch an all-woman army on the big screen. Although the history of the Agojie army is not accurately told in the movie, right now I want to appreciate the film for its cinematic value.

In the film, award-winning actor Viola Davis plays the leading role of the fierce General Nanisca. This character was much more than her killer instincts and deadly fighting moves.

As Quinn Clarke wrote in an article in Collider.com that Nanisca had suffered from trauma and no amount of fighting and bloodshed could make that pain go away. It’s when she learns to feel the pain instead of numbing it that she becomes a truly unstoppable warrior.

This character reminds us that there are times to be warriors and fight, but fighting can’t heal all wounds.

Although I didn’t grow up watching the hit 1970s show Foxy Brown, I have formed an appreciation for this character even though she was before my time. For those unfamiliar Pam Grier’s character, Foxy Brown not only created the path for other Black female action stars but she did it in a unique and foxy way. She was all-encompassing, clever, sassy, and a fighter. Foxy Brown reminds every woman watching that you don’t have to fit into any box and that being a woman, especially a Black woman, is multi-faceted.

I was charmed by Monica Rambeau when she made her first appearance as a spunky and loveable daughter in Captain Marvel. When they reintroduced the older version of her in Disney+’s Wanda Vision, I was ready to watch her story unfold.

Although Teyonah Parris wasn’t in every episode and did get sidelined a few times, the way she portrayed this resilient character drew me in whenever she appeared on the screen. What stood out to me about Rambeau was that she genuinely saw the good in people, particularly Wanda Maximoff.

Yes, Maximoff did make some questionable decisions, but Rambeau saw the pain that Maximoff was trying to mask with her abilities. Rambeau’s compassion was so strong that even after she got blasted through an entire town and across a supercharged barrier, she still wanted to help.

In the series, we only get to see a glimpse of her new capabilities but I’m excited to see her step into her new power.

I loved Zazie Beetz in this Netflix original because she played a fighter. The role played to her femininity with a wardrobe of corsets and dresses, yet she was not afraid to take a punch or punch back.

Although she delivered a great performance, it’s important to note the controversy around Beetz, a lighter-skinned actor playing the role of the actual Stagecoach Mary, who was of a darker complexion and different body type. All is said and done, but I’d hope that Beetz considers her advantage as a light-skinned actor more when accepting future roles.

Nonetheless, she did do a killer performance in Deadpool 2.

King Valkyrie quickly became one of my favorite characters after her appearance in Thor Ragnarok (aka the best out of the four Thor movies). I appreciated the character’s transformation from being a drunk and slightly depressed warrior to ultimately doing the right thing, which was saving Asgard and helping out a friend.

Watching Tessa Thompson on the big screen made my heart jump every time I saw her riding through on her horse ready to demolish anything and anyone that stands in her way.

We all know villains are perceived as bad, but there are advantages to being evil. These hero counterparts don’t let anyone boss them around and they get what they want. Even though their reign of power eventually comes to a halt, I’ll still root for Black female villains before their evil streak ends.

Allison is the loveable sister of The Umbrella Academy. In the first two seasons, she always tried to keep the peace and look out for her siblings. She also puts everyone else’s needs in front of her personal needs and desires. Then in Season 3, things turned dark and Allison went from a hero to a villain. After committing a vengeful murder, Allison showed us that nothing would stop her.

Driven by grief, she continues to do questionable acts but ultimately saves everyone and gets the one thing she’s wanted since Season 1, which was to reunite with her family. Maybe being the bad guy isn’t the worst thing.

Being a fan of the Anne Rice Vampire series, I was thrilled that Aaliyah transformed herself from a pop star to a fierce queen of the night in the movie Queen of the Damned. This role consisted of elaborate costumes, and sultry vampire movements in order to portray the very first vampire. Aaliyah was quoted saying to ET, “Akasha’s very regal. Very grand. A lot of great costumes. She’s sexy, but she’s evil.”

If it wasn’t for her tragic accident, I’m sure we would have seen Aaliyah in many more roles.

Trudy Smith is a ruthless character who is based on a real person. This historic figure gave Regina King the opportunity to play a new role. King told Oprah Daily, “I’ve never really gotten a chance to be a baddie.” Although Smith is a villain, her intentions are good. King portrays this role as a woman who doesn’t put up with disrespect of any kind.

This is just a short list and there are many more heroes and villains to admire. As the cinematic world is becoming more diverse and showing more characters from different cultures and backgrounds, I’m excited to see how the list of Black superheroes and villains grows with time.