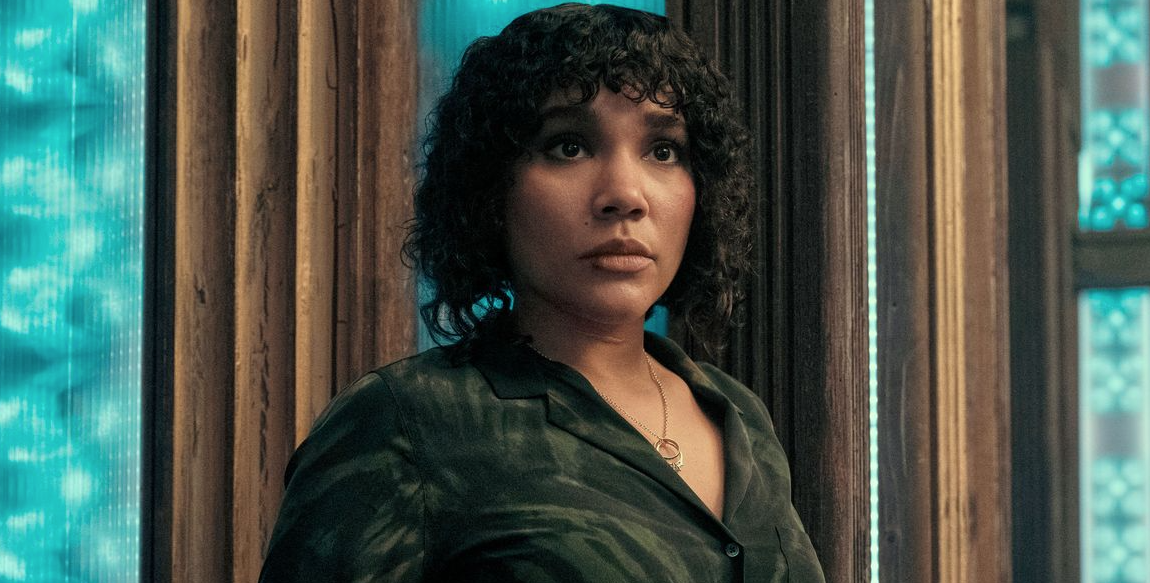 When we see the same narrative of white men as villains in media for so long that beg us to empathize with them (e.g. Joker, Stranger Things, You, etc.), it makes sense why some viewers, particularly viewers of color, are getting fatigued. The amount of empathy for white men as villains in entertainment media often reflects the majority’s willingness to call white men with guns “people who need help” whereas anyone else outside of that demographic is still listed as a “terrorist.”

Having a change of pace in the archetype and narrative might be refreshing.

When Wanda, a white woman, in Dr. Strange in the Multiverse of Madness, got to have her villain streak, it was refreshing. It taught audiences how to empathize with people of marginalized genders who are grieving or who have experienced trauma. Wanda is the epitome of what may happen when you don’t check on your strong friends and why we need to do better by supporting our loved ones who are grieving.

Therefore, when I got to see Allison Hargreeves (Emmy Raver-Lampman), a Black woman, have her own villain streak in season of three of Umbrella Academy…it was drink of water in a desert. We don’t see Allison’s story as often as we see Wanda’s or any of the white men listed prior combined.

For folks in need of a refresher, Umbrella Academy is about seven adopted siblings with special abilities sucked into the failed intricacies of surviving apocalypses and traveling through time.

After losing not only access to her voice in Season 1 and slowly getting it back in Season 2, but then losing her daughter due to the ramifications of time travel, the magnitude of Allison’s suffering is conspicuous in a necessary way. It also highlights how her white siblings — Viktor (Elliot Page), Luther (Tom Hopper), Five (Aidan Gallagher), and Klaus (Robert Sheehan) — don’t understand the level of harm she and her fellow sibling of color Diego (David Castañeda) had to endure while in the 1960s and have to endure in the present day.

Allison’s tone isn’t policed by the writers in the Black body she occupies. We as viewers get to witness Aeryn Michelle Matthews as a Black lead writer for this show have more permission to show that Allison’s villain trajectory makes sense. She finds camaraderie in seeking what she wants and not holding back alongside Diego and Diego’s girlfriend, Lila (Ritu Arya). She’s even allowed to express her absolute zero remorse for killing Viktor’s lover’s son, Harlan (Callum Keith Rennie), for accidentally killing her and her adoptive siblings’ biological mothers in the current timeline they reside in.

While Allison’s grief gets in the way of her understanding Viktor grieving Harlan, it doesn’t overwhelm her to the point of harming her brother in a way that’s transphobic at all towards Viktor. And, although the sensual violence she perpetrated against Luther needs to be fully addressed should the show return for a fourth season, she does apologize to him (even though the apology could have been better).

Allison gets to be the complex and messy villain Black viewers can especially resonate with. In the end, she is the only one of her siblings who gets exactly what she wants in the season finale.

This isn’t to say that Allison is the “perfect” villain for us to resonate with. Nor is she the one Black woman we need in entertainment media as a villain. She does have lighter skin, which makes her palatable to white viewers. I know in the original comics, her character is white, but my point still remains.

Raver-Lampman said in an interview with Good Morning America how Allison finding her voice this season encouraged the actor to find her own as well. There is nothing more healing than the sound of your own voice.

Every viewer of entertainment — whether seeking escape, resonance, or both — deserves art that encourages them to find their own voice. Humanity is so complex, and we deserve art where we see and feel that complexity. And if that means being the villain, then so be it.