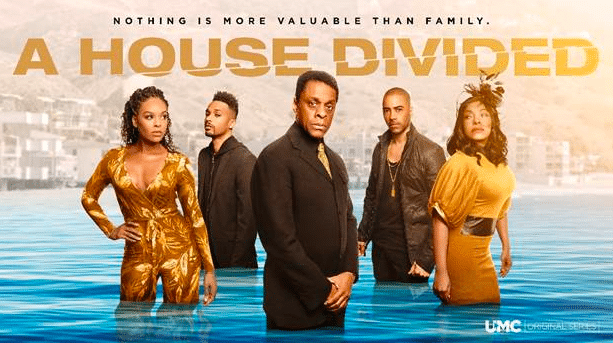 A rich family living in a big Malibu mansion, affairs galore, bad business deals, prodigal sons; A House Divided has it all.

But perhaps the brightest light at the end of the tunnel is Lawrence Hilton-Jacobs in a starring role.

With A House Divided, writer Dan Garcia officially moves from daytime to primetime with this new Urban Movie Channel (UBC) soap. Divided is the second outing for Garcia, whose web series, Bronx SIU was nominated for a Daytime Emmy. 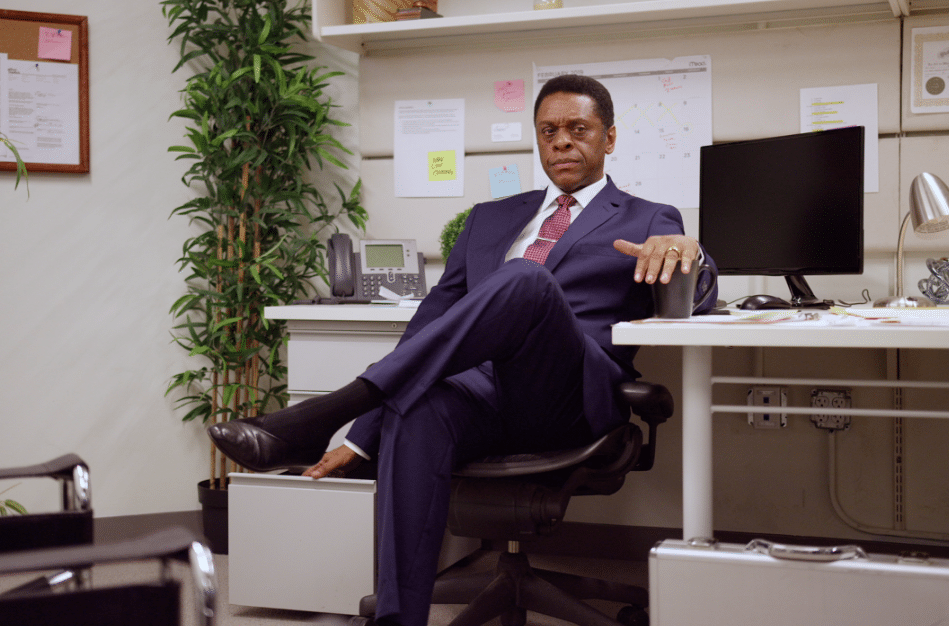 Despite regularly working through the decades, star Hilton-Jacobs is probably best remembered by an earlier generation, trivia buffs, or re-run watchers as one of the stars of the 1970s sitcom, Welcome Back Kotter. In the six-episode season, Jacobs plays Cameron Sanders, the now-elder of the Sanders clan, an old California-rich African-American banking family whose lineage goes back to an enterprising freed woman in 1800s Los Angeles.

To all appearances, Cameron (in the first episode the character says he prefers to be called Cameron instead of Mr. Sanders because it makes him feel he’s still in his thirties) appears to be a driven businessman. But in the reveal, he’s more of a middle-aged son still looking for approval from his father (David McKnight). 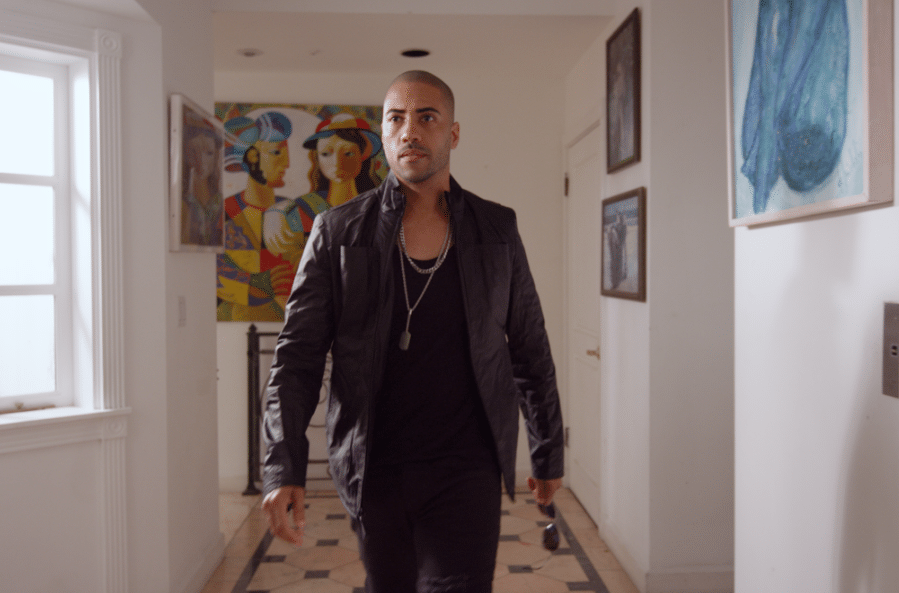 Jacob’s years of acting experience pays off here as he fits well into the polished older man role and emotes just the right mix of world-weariness, male ego, and vulnerability.

We learn very early on that he is cheating on his wife and that the girlfriend (Demetria McKinney) doesn’t just want him but the whole empire and, in typical soap-opera style, will stop at nothing to get it.

The show may lose some viewers in the first episode as dialogue is not only a bit cliche but clunky. For example, Kathleen Bradley-Reed is the grande dame of the clan and (Hilton’s not-so-cuckolded wife) doesn’t quite pull off the bougie b*tch role. Nor is there enough true menace in her demeanor or dialogue delivery to scare anyone off her husband.

Meanwhile their older son (Brad James) is just partying, sleeping around, and abusing substances every day, but we’re supposed to believe that no one really notices all that much. Or, maybe the Sanders are such sophisticated parents that they just want him to be “himself” as Jacob’s Cameron says in one scene.

Actress and reality star Paula Jai Parker (Hustle and Flow, Hollywood Divas) is the “daddy’s girl” daughter,  freshly returned from Paris. This is never forgotten as the phrase is mentioned at least two or three times in the first three episodes. 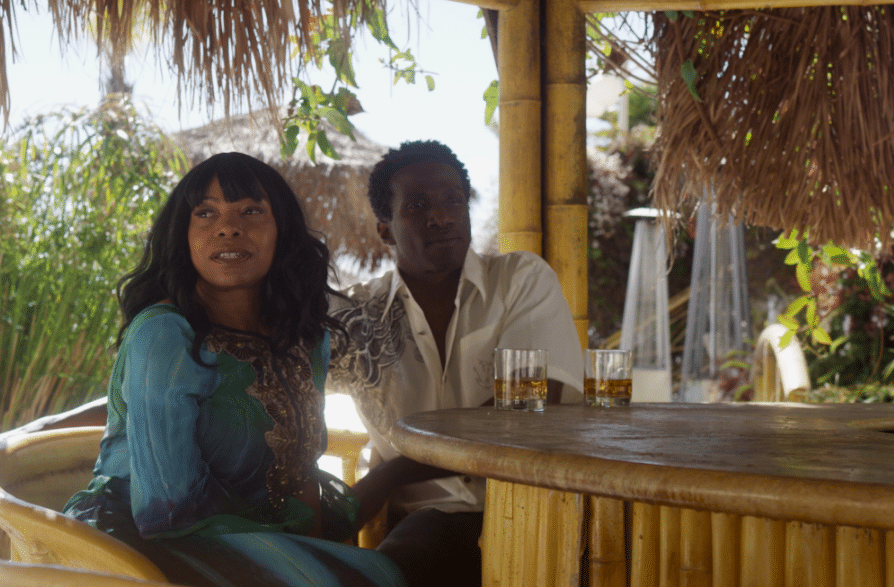 While the elephant in the room is that Jai Parker may be too close to Jacob’s age to play his real-life daughter, this is a TV series. She pulls it off by downplaying the makeup and adopting a boho rich-girl persona. In fact, her spoiled, entitled Stephanie is on full display as she indulges in an affair with a married man (Gichi Gamba) and even goes so far as to ask him why he is still with the “dumb” woman.

Yet, she has a soft side, and, as time goes on, she may be the only person able to talk some sense into her weak-willed father.

A second son (Steph Santana) seems more concerned with getting away from his feuding family and losing himself in the world of basketball.

This little house of cards may soon topple as the SEC and FBI are on the case regarding some unscrupulous (are there ever any other kind in a primetime soap?) business dealings between the Sanders bank and a Nigerian businessman (Art Evans).

Evans, a veteran character actor who has played in everything—from an engineer (Die Hard 2) to a blues guitarist in an early biopic about LeadBelly—manages to make his turn as an arrogant, old-time, white-collar crook thoroughly engaging.

Other actors rounding out the cast include Taja V. Simpson (late of Lethal Weapon), as the family lawyer, Jimmy Walker Jr. (Black Dynamite)  in an uncredited role, singer Terry Dexter as an insecure wife, and newcomer Dominique DuVernay (no relation to Ava) playing a sexy Creole housekeeper. 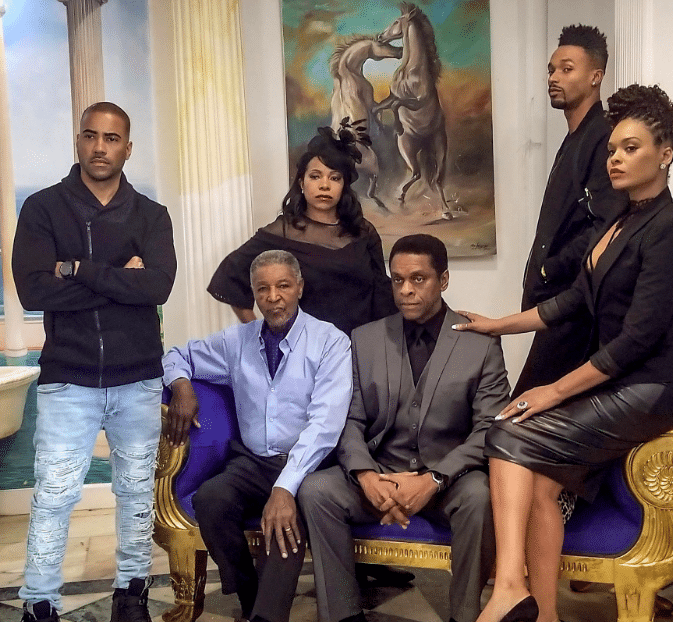 Watching A House Divided and other shows such as the recent Robin Givens drama, Ambitions, reminds one of the classic primetime soaps such as Dynasty (old and redux), Dallas, and Falcon Crest. Like them, these shows are filled with pretty people, unreal plot twists, murder, and mayhem. Unlike them, viewers can stream these shows all at once and not wait until next week.

Also, there’s none of that “one or two Black actors who don’t appear until the second or third season.” Twenty-first-century TV that provides the cheap thrills of the fantasy 1% wrecking each other’s lives hasn’t changed, but it’s really good to see more POC.

A House Divided starts streaming at www.UMC.tv on Thursday, July 12, 2019.

Boo’d Up or Boo-less: Celebrate Black Love with These 10 Titles