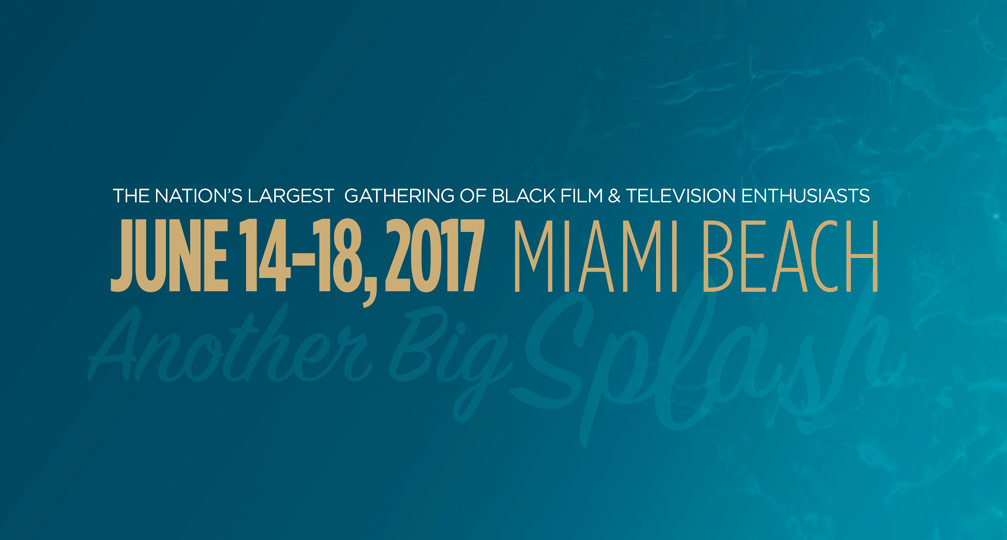 If you are black and if you have even the slightest suggestion or indication, hint, intimation of interest in TV and Film, the American Black Film Festival (ABFF) is the fruition of Emerald City. At the end of your yellow brick road, when you are approaching the green marbled gates with giant sparkling emeralds you are met by the fantastical ABFF greeters that immediately make you feel like…

The closer you step into the festival the more that green glow intensifies, and becomes brighter and brighter. Down the magical halls of the festival, you will find herds of people congregating and gathering for registration. While I stood amongst the ocean of people waiting to register for ABFF, at some point, I did feel a little small and slightly intimidated. However, the moment I began talking to the other attendees in line I felt an instant familial wave that made me feel right at home and like I was exactly where I belonged. Once the great marble gates of the festival opened up I began my journey into Emerald City. I found everything that the Scarecrow, Tin Man, and Lion were searching for.

As an outsider of the film industry, a tangible ingredient I am lacking is knowledge of the inter-workings and intricacies of the industry. At the festival there were countless panels and discussions revealing special knowledge on the industry; such as Network branding, how to understand ratings and demographic counts that deem whether a show is a success or not, how to make yourself an attractive candidate for employment at networks, the power of perseverance in regards to your craft, etc. They were all great and provided an endless stream of knowledge. ABFF also provided master classes from TV packaging/TV Writing, Producing, Acting, etc.

I gained the most knowledge from the Master Class that I took, which was the writing class. This class had an intimate feel to it and was set up like a discussion rather than a lecture (which I loved!) The instructors were Karen Horne; Senior Vice President of Programming Talent Development & Inclusion for NBC Entertainment and Universal Television Studios and Misha Green; the Creator, Showrunner, Executive Producer, Writer of Underground. The two phenomenal women were 100% honest as they shared their unique journeys. They shared industry tips, structures, and programs which help people of color achieve their industry goals. Karen and Misha shared objectives truths with a vast array of paths to navigate through the industry while maintaining the message which can be best summarized by: with continuous practice, putting yourself out there, dedication, location – you CAN in fact win.

As an avid and obsessive Film and TV fan, going to a film festival is amazing by itself, but going to a film festival catered to and having participants and stars and writers and directors and producers, etc. that look just like you is Nirvana, Eureka, Awesomeness, Greatness, etc. all rolled up into one, EMERALD. CITY. At ABFF you are able to view all types of films from shorts to indies to features and you even get early access to unreleased screenings such as “Girls Trip” (which by the way exceeded my expectations and I laughed non-stop the entire way through that film.)

For a lot of the films, a talk back follows the showing and they were all exceptional. It is one thing to simply watch a good film, but to watch a good film and hear from the writers, actors, directors, etc. is a whole other level. Through these talk backs, you learn about all the nuances that it takes to make the film,  the restrictions, and limitations that some creators and actors have to adhere to, you are able to understand their work on a completely new level. You’re able to witness that glimmering, shiny, sparkling emerald in their eyes and you can feel the passion and heart just oozing off of the screen onto you. It made me excited and it made my heart beat a little faster than it was before. After speaking to so many amazing creators from up and coming to seasoned, I FELT something that I didn’t necessarily know was there before.

“If only I had Courage”

Representation matters. Even for a 5,15, 25, 35, 45, 55, etc. year old adult. It is so taboo to say that you need validation to accomplish your goals (you do not,) but let’s be real, there are quite a few perks that come along with being validated. When you are surrounded full of people that look like you and are doing exactly what you want to do, your dreams feel that much more validated. The more you share and open up to the fellow ABFF attendees the more encouraged you to feel in whatever your pursuit may be.

Through the many networking gatherings, panels, etc. you will find a common factor amongst all the “success” stories from the directors to the writers to the actors. The common factor is that they all took a chance, each and everyone who achieved some level of success had the COURAGE to take a risk and may be it didn’t always pay off immediately, but through their courage and persistence they were able to achieve their goal. After being in such a positive environment with so many shared goals, I felt validated and I upgraded to a new level of courage for myself.

Ultimately, just like Dorothy – You can’t stay in Emerald City forever, The festival does have an end. Returning home after the festival, I felt so full. I took my new knowledge, passion, and courage to find direction and clarity to know exactly where I am going. Anyways, I feel like I got a lot from the festival and I had a fantastic time, so I encourage everyone to check it out if they can. At the American Black Film Festival, there is a table for you and there are seats just for you.

“You’ve got to be seen Green!“