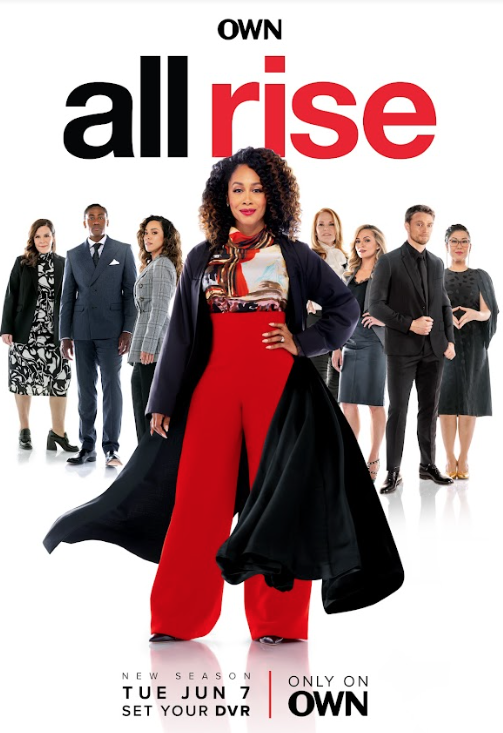 OWN: Oprah Winfrey Network announced today that the riveting courtroom drama series All Rise, starring Simone Missick, returns for a third season on Tuesday, June 7 at 8 p.m. ET/PT on OWN.

In anticipation for the return of the Warner Bros. Television-produced drama, OWN unveiled the season three key art, showing the ensemble cast back together in Courtroom 802.

The new season of All Rise picks up six months after the events of the sophomore finale and will bring about new beginnings for these judges, prosecutors and public defenders.  We return on election night as Judge Lola Carmichael (Simone Missick) awaits the results of her campaign; Emily (Jessica Camacho) returns from Puerto Rico with renewed drive and purpose about her career and Luke (J. Alex Brinson) continues to shake things up through his work in the public defender’s office.

The first two seasons of All Rise are available to stream on HBO Max and Hulu.