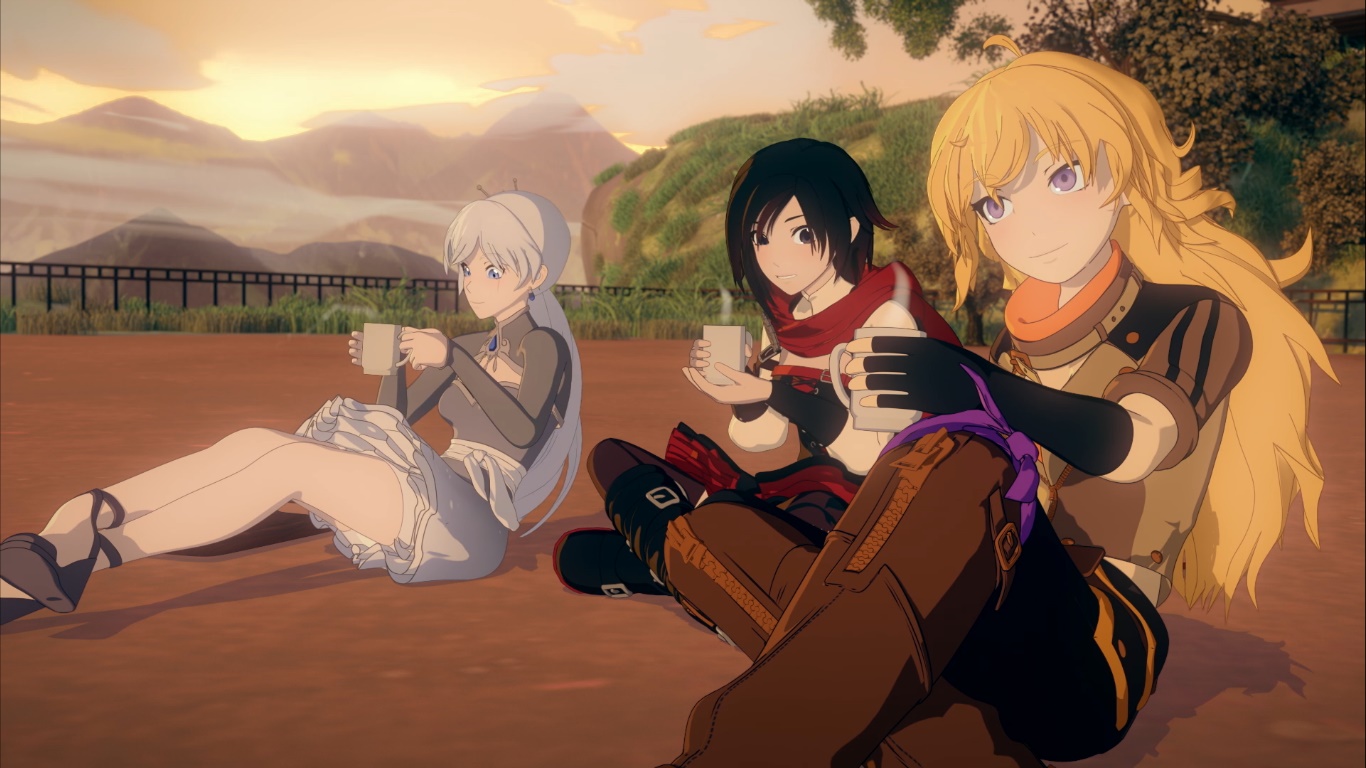 On the latest RWBY, Blake has an unpleasant encounter with Ilia and The White Fang. Yang fails at forgiveness when she loses her temper at the sound of Blake’s name.

A LETTER FROM ILIA

Blake receives a letter from Ilia asking to meet up. No surprise. We already know Ilia was assigned to set up Blake; following the orders of crazy ex-boyfriend, Adam, who wants to capture Blake and get rid of the Belladonnas. Once face to face, The White Fang gets the drop on Blake. Despite being apprehended Blake pleads with Ilia to leave The White Fang and join the cause and defend Haven. Of course, Ilia is not willing to change; she believes The White Fang’s methods are the best for the Faunus. Also, she’s kinda mad at Blake, you know, for not returning her feelings. Apparently, Blake failed to realize Ilia was in love with her while she was busy falling in love with Adam. Ilia passionately discloses that fact along with their plan to get rid of Blake’s mother (Kali) and father (Ghira).

Ilia thinks she has Blake where she wants her. Wrong. Right at the nick of time, Sonny shows up and takes out the henchmen that accompanied Ilia and frees Blake. Blake and Sonny rush to get to the Belladonna’s residence. Meanwhile, Blake’s parents are already in the midst of an all-out battle with The White Fang. We see Kali get serious with a gun and for the first time we see Ghira flex his muscles. Will Blake make it in time?

At dawn, Yang, Weiss and Ruby have a nice moment reminiscing over coffee, until Blake’s name is mentioned. Yang still gets heated at the thought of Blake. At the fall of Beacon, Yang risked her life to save Blake, losing her arm in the process and in return Blake ran away without saying a word to anyone. From Yang’s point of view, Blake betrayed them.

Weiss tells Yang to look at the situation from Blake’s perspective. When they all first met Blake, she was standoffish because she didn’t want anyone to get hurt because of her past. And as soon as she made friends that’s exactly what happened. So naturally, she decided to take care of things alone so that no one else would be harmed.

I have a feeling something bad is going to happen. So, Blake manages to slip away from The White Fang. But what about her family? Technically, there’s still time for her to rescue them. But, I don’t know, it’s been awhile since we lost a character on RWBY. Blake and Sonny maybe can get there in time to save her mother. But Papa Belladonna… I can see him losing his battle or sacrificing his life to save everybody else. We’ll see.