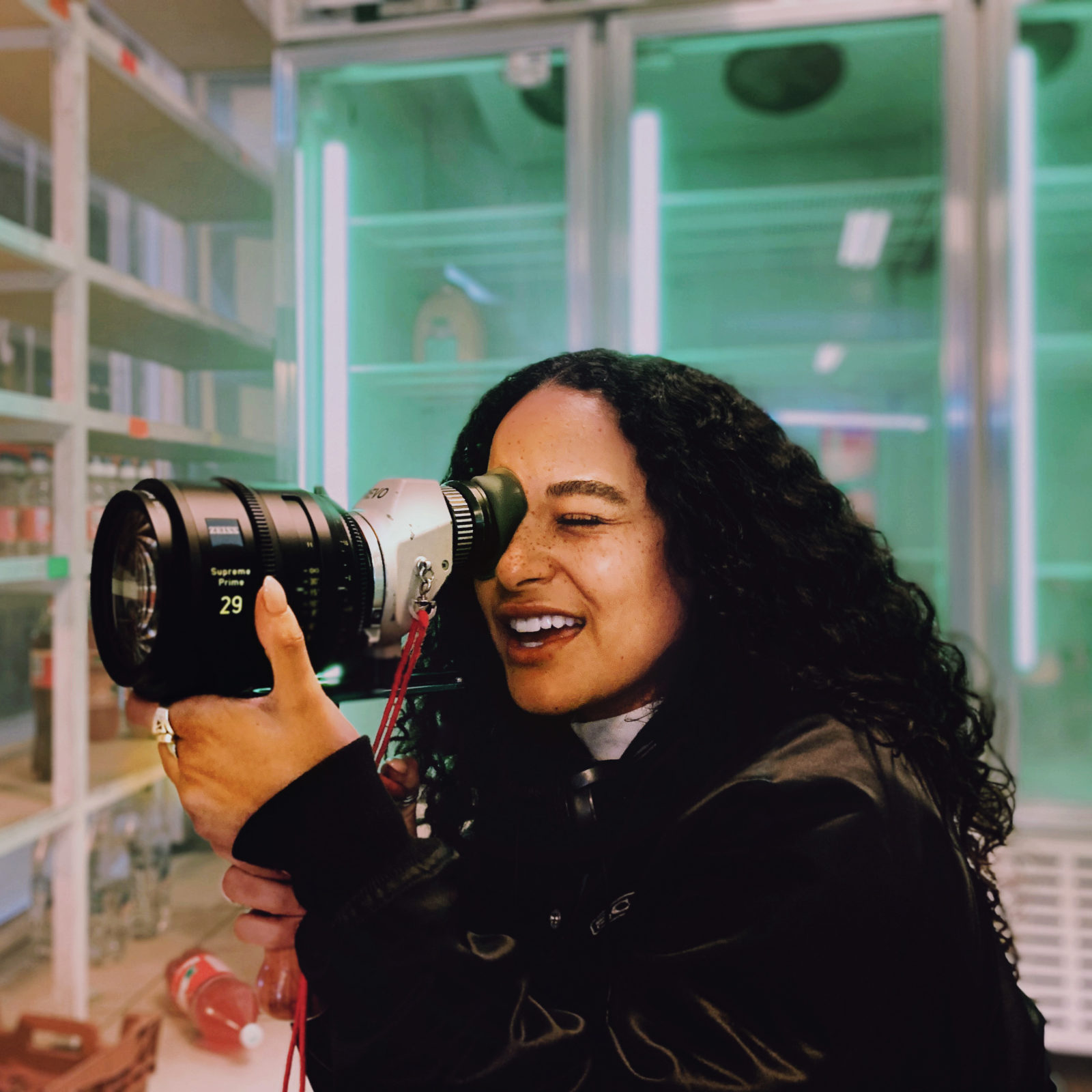 Swipe left or swipe right? A new series based on the popular dating app explores it all.

Swipe Night follows four friends – including the user in a first-person, starring role – on their journey to the end of the world after discovering there’s three hours left to live.  It’s shot entirely in first person, so the member is placed squarely in the middle of the storyline, making each of its four episodes a wild ride of self-discovery and new connections.  As the story unfolds, members will face moral dilemmas and practical choices, as they decide what happens to them next. Their choices dictate more than just the story; they also impact who they match with and what they will chat about once the story ends.

Toronto born and raised Karena Evans is quickly becoming one of entertainment’s most sought-after talents. The multifaceted, award-winning director and actor soared into the spotlight in 2018, directing several of the year’s most celebrated music videos for the likes of Drake and SZA.

Karena’s cinematic, authentic, and narrative-focused directorial style lead her to be named the Video Director of The Year at the 2019 BET Awards and the 2018 BET Hip-Hop Awards. Additionally, she took home Best Director at the 2018 Much Music Video Awards and Video of The Year at the 2018 BET Awards, both for Drake’s “GOD’S PLAN”. She was also honored with the Prism Prize Lipsett Award for her innovative creative approach to music video art, making her the first woman ever to receive the prestigious award. Whether behind the camera or in-front, Karena’s passion is storytelling. She is fixated on telling diverse, inclusive stories about the human condition.

Karena has begun shifting her focus to the world of film and television, directing the premiere episode of STARZ’s upcoming strip club drama, P-Valley, and starring in the highly acclaimed feature film, Firecrackers. Through directing and acting, she is determined to share diverse narratives that reflect the realities humanity faces. Bear witness to the future of storytelling.