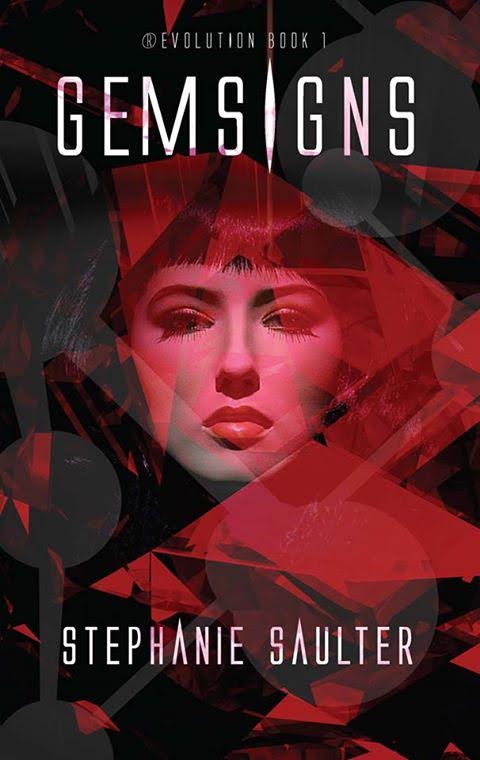 ®Evolution is a trilogy of sci-fi thrillers that reads as quite prophetic in our current world. It reads as a thinly veiled metaphor for racism with a pace and plot that will certainly please fans of the genre. Gemsigns (2013) is the first book, followed by Binary (2014) and Regeneration (2015).

Humanity has been decimated by a plague caused by technology. To ensure its survival, genetically modified humans have been created and assigned to tasks according to their engineered skills. But once the world is finally stabilized, humans realize there are now two races on Earth, one of which is kept in literal slavery by the corporations that engineered them. A bill is passed, to grant them some rights, until a conference determines the future of the gems, the genetically modified humans who are recognizable by their hair color.

The first pages of Gemsigns are a delight to read, and Saulter proves in those first few pages that she knows how to write beautifully. But this elaborated style soon makes way for a more straightforward prose as soon as the plot kicks in. The novel is packed full of action with betrayals, conspiracy plots and extremist nutters, and it will most certainly please anyone looking for a straightforward scifi thriller.
Most of the gems and allies characters are interesting and competently drawn, even if their characteristics and actions are sometimes predictable. The pace is well sustained throughout Gemsigns, broken by a few tricks here and there to bring in the necessary world building elements.

In itself, the plot is far from groundbreaking: marginalized people with allies opposed to big bad corporations and extremists and everyone else in the middle, influenced by social streams and fake news, human pettiness, fear, or a touching story. But it takes a good – if sometimes grim – picture of our current world, even if it takes place about two hundred years in the future. Saulter, a mixed race writer from the UK, certainly tells a powerful story of how we judge and react to someone according to their appearance.
Gemsigns is a very topical story of segregation, violence and racism. It felt like reading our world (with better hair colors), and the message conveyed by the novel may be much needed at the moment.

Though not groundbreaking, Gemsigns has a solid plot with a great pace, interesting characters and is written in a very competent prose. So if thrillers are your thing, and you want a topical novel, then this is one you should definitely pick up.