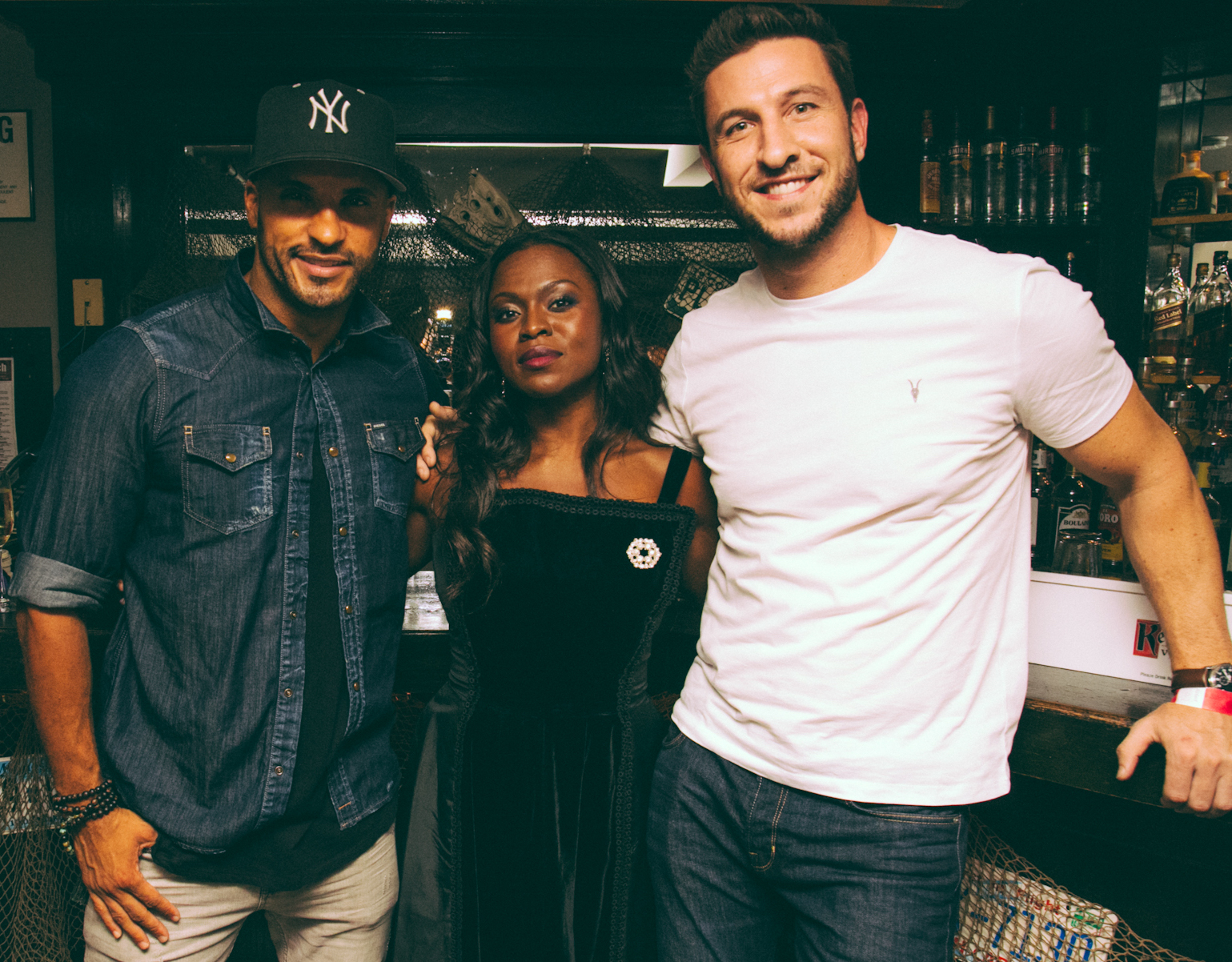 American Gods, the critical and ratings darling from Starz, is being released on Blu-Ray October 17th. Stars, Ricky Whittle (Shadow Moon), Pablo Schreiber (Mad Sweeney), and Yetide Badaki (Bilquis) joined revelers at Stitch Bar in Manhattan to celebrate after New York Comic-Con closed on Saturday night. During the festivities, BGN was able to catch up with the three deities. Check out my chat with Ricky below, and stay tuned for my talk with Pablo coming soon.

CR Sparrow: How is NYCC treating you?

Ricky Whittle: I love being here. For me, the more cons I get to, the better. I absolutely love the positivity that flows throughout. It’s great.

CR: Speaking of positivity, people have been rapturous over American Gods. How does it feel to be at the center of such a groundbreaking show?

Ricky: It’s just a huge honor. Neil Gaiman is a rock star of the book world. He’s also an incredible human being. And as I go down the line, Bryan Fuller, Michael Green – incredibly visual and creative showrunners. Again, beautiful hearts. So, I’m not just working for crazy intelligent, talented people, I’m working for people who are leaders. They’re inspirational. This is the best ensemble cast I’ve ever seen on TV. I’m looking at the screen now (TV’s around the bar are playing the DVD) and see Ian McShane, Gillian Anderson, Orlando Jones. It’s endless, absolutely endless. And working with my idols is a dream come true. Starz has given us a long leash to do what we want. Not many networks would do that, so big props to Starz for allowing us to open our legs and really get a good sprint going.

*Realizes how that last bit sounded*

CR: *laughing* It did for a second. But you cleaned it up!

Ricky: I wanted to say that without it sounding like an innuendo!

CR: And what do you think was the highlight of Season 1?

CR: What about Shadow Moon’s journey was the high point?

Ricky: To me, the great thing about Shadow Moon is he’s beaten up physically and mentally through the whole season, and he continues to get up and keep moving forward. To me, that’s very inspirational. He’s learning things as well. He sees Laura and they’re having the conversation in the hotel room, and she’s had him around her little finger for years… and now that she’s back from the dead after — sleeping with his best friend is the most polite way to put it, she’s like, “Are you still my puppy?” When he says no, I think I could hear people in their living rooms around the world going, “Yes!” He’s like, “I’m angry at you. I know you’re back from the dead but I’m not ok with what you did.” And it’s going to be great to see his journey now that he knows she’s still alive because at the end of the day they’re just two lovers going through things. You forget that one of them is dead.

CR: Do you think it was because of the adventures he’s had with Wednesday and his world broadening with the gods that gave him the strength to stand up for himself or do you think he would have no matter what?

Ricky: I think he would have no matter what. He’s carrying a lot of pain. Shadow had the ultimate pain. Not only did he learn his wife had died; he found out that his wife wasn’t the perfect girl that he thought she was. Not only that but she wasn’t ‘the perfect girl’ with his best friend. So he was absolutely destroyed. That’s what I did with the character. I knew where he was and where I wanted him to be. I worked backward when I developed him. When we first see Shadow he’s a broken, empty vessel. So, Mr. Wednesday was able to manipulate him because he was so vulnerable. Now we’re going to see Shadow really grow and learn. I really love character arcs when they actually do learn.

CR: You’re a featured guest at Universal Fancon in April, are you excited for that? And how do you choose the cons you attend?

Ricky: It’s about spreading the love out there. I want to get to as many places as I can, but I don’t’ want to oversaturate myself as well. It’s a blessing that people even want to come out to see us.

CR: Well, we’re very excited to see you in April for Universal Fancon and we’re thankful we got a chance to talk with you today at New York Comic Con!