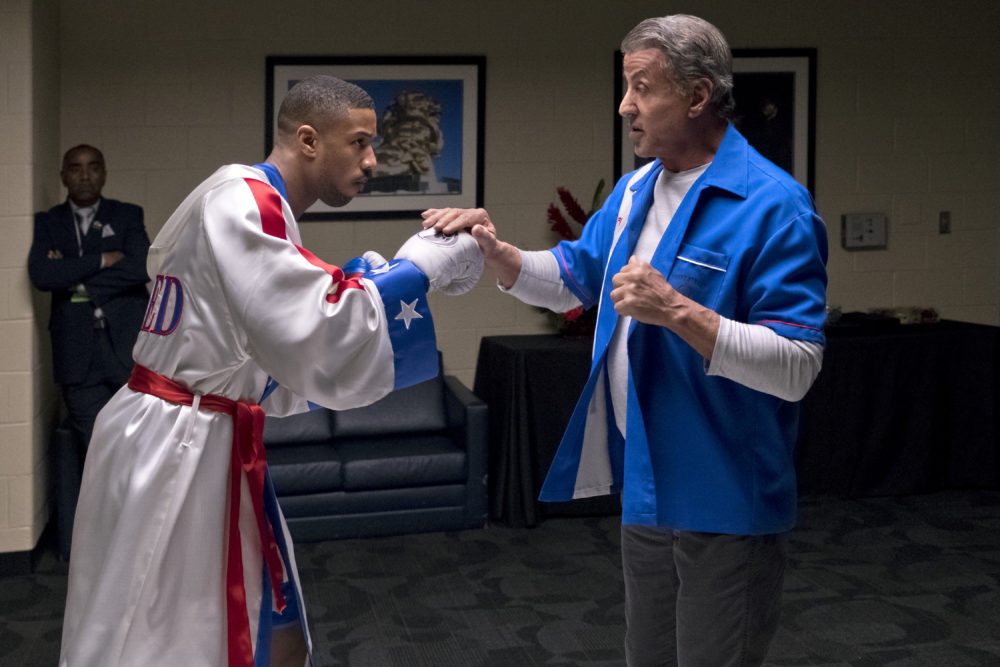 On a set visit to the Creed II production in Philadelphia, BGN got a chance to sit down with Michael B. Jordan, but not before we saw him don his character and shoot a scene. Adonis Creed was dressed in his gear and flanked by his team, which includes Wood Harris, as he made his walk to the ring. The lights, the music, the roar of the crowd full of extras all made us feel like we were about to watch a prize fight.

But then, director Steven Caple Jr. cut the scene. People came flooding in from the darkened sides and around our position behind the scene watching the monitors. We even caught a glimpse, later, of the massive figure cast to play Viktor Drago, Florian Munteanu. After seeing Munteanu and watching Jordan in the scene, we definitely had some questions.

Jordan was tired after a full day shooting but gave us some time to chat about how he prepared for the role of Adonis, and how the new faces on set—Caple, and Munteanu—were fitting into the Creed II legacy.

On transitioning to the leadership of a new director.

Oh, I think it was just a process of getting to know each other very fast. We came together kind of late, and he kind of came on board late in the in the process. So, I know he didn’t have as much time as he would have liked it at all—that all of us would like to kind of get this thing together. But now, he was very accepting of the challenge.

You know, he’s from Cleveland, went to USC, was in school the same time is Ryan.  They know each other. Ryan recommended, spoke very highly of him. So, we get along great. There’s definitely some familiar moments in our communications definitely. I mean, he just turned 30. I’m 31.  I think whenever you’re ever working with somebody the same generation— [and I’m] black, from similar places–there’s a certain level of just chemistry and understanding that just translates to the set. You’re able to kind of quickly pick up what each other means and stuff like that.

So, it’s a shorthand that is definitely there. Obviously, not nowhere near what it was with Ryan because we just have the essence of time. We’ve been together for so long. So, I have no doubt that Steven and I will be on the same page in the future. 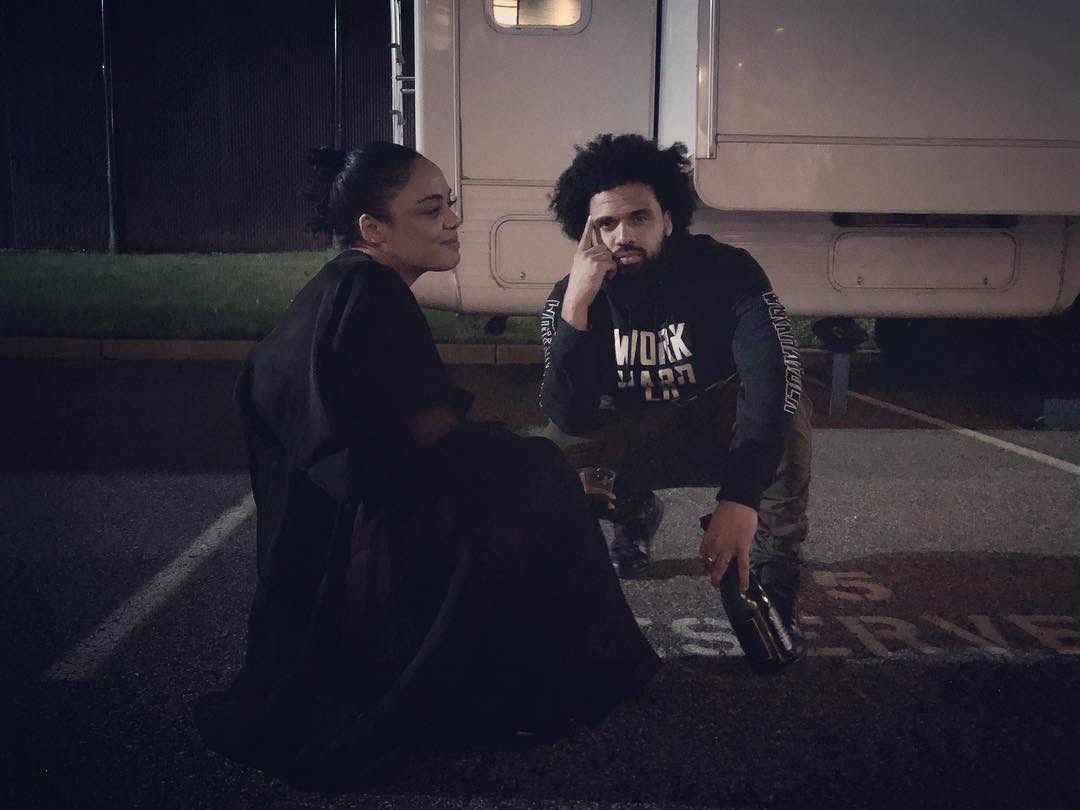 You were working in such physical movies (Black Panther, and Fahrenheit 451) did you have to train in the same way when you come back for Creed II?

Well, it was different because doing Black Panther. It was a different look. I kind of wanted to be massive, not so much like a boxer. I just kind of wanted to be a soldier, mercenary. So, we did our own thing to kind of come to develop and then I went to do Fahrenheit. I dropped 15 pounds for that. And, then right after [Fahrenheit 451], I have to go back up in weight and size for this [Creed II].

So, it was tough on my body this time around. I’m a little bit older. But at 31, things are different than 26 or 27, I promise you that! It was just getting back into boxing shape. Boxing shape is a different thing: spending hours in the gym, doing the rounds, working on your hand coordination, throwing punches, and diet. It was a lot stricter and stricter on this one because I had to lean out as much as I could. Yeah, so, it was just more intense this time around. Can you talk about what it was like working with Florian? We didn’t get to interview him, but we saw him walking around. He’s just huge!

Yes, you see him now. He actually gained a lot of weight–not a lot of weight. But he gained. He’s bigger now than when he was shooting the boxing stuff because he had to lose some weight. And, I had to gain weight in order for us to even try to make it before.  He’s a great guy. He’s a hard worker. This is his first movie. He’s super, super humble and just eager to learn, and he picked up things very quickly, especially the choreography and stuff like that. So, we built the chemistry really fast as well. And yeah, man, he’s a great guy. He’s definitely had the look, you know, he’s perfectly cast. I can’t imagine anybody else playing Victor.

BGN Interview: Rocky Speaks Out on the Legacy in ‘Creed II’