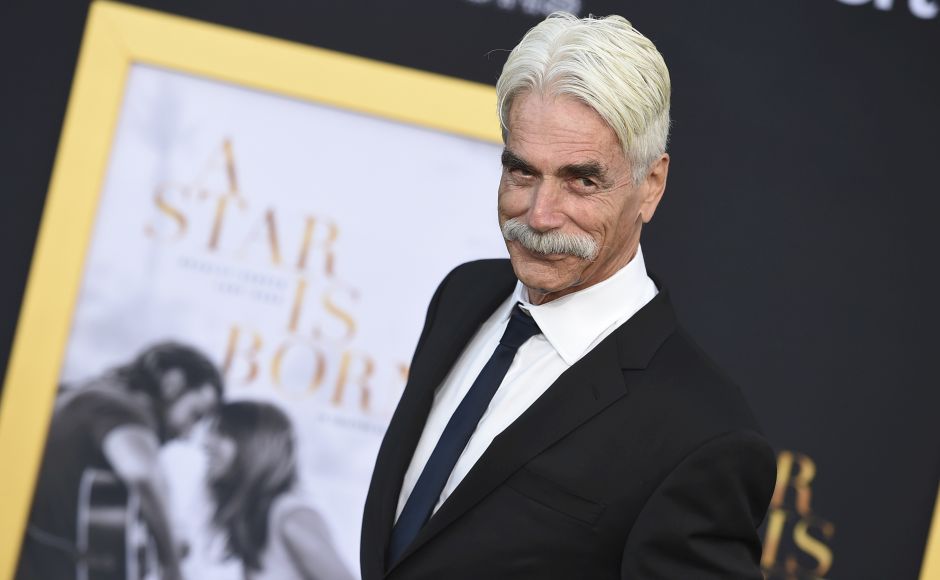 BGN got to sit down with Sam Elliott, the veteran actor who plays Bobby in A Star is Born. Bobby has a very special connection to Jackson Maine, played by Bradley Cooper. Elliott spoke to us about the special bond created between the characters onscreen. He also gushed about the bonds that Cooper was able to create offscreen as director of the film. Both the onscreen and offscreen chemistry are just one of the many things we loved about A Star is Born.

Elliott comes to the remake (four times over with the first made in 1937), with over 40 years of experience in Hollywood. He’s cultivated the look of the quintessential cowboy–the man is actually the actor who played the “Marlboro Man” in Thank You for Smoking. You may know Elliott from the many iconic roles that he has played throughout his cinematic career, in films like  The Big Lebowski, Road House, Ghostrider, Hulk, Tombstone, and many others. His voice can be heard in several animated features as well.

If you ever see him in real life, you know that Elliott is very friendly yet he looks like an embodiment of all the Old West imagery Hollywood has sold us over the years. He also has a slow, steady, and pleasant drawl and laid back manner that made time seem to slow a bit until he has said his piece. It was like sitting for a visit with an old friend for a chat.

We talked about his role in the film and got Elliott’s critique of A Star is Born director Bradley Coopers debut work. He also clarified for us who really had all the chemistry on the set.

I didn’t know him before this started really…but I suspected what type of guy he was. After my first encounter with him, I thought, “this guy was, he was the real deal!” He’s honest and he’s on this search for truth. He’s committed to it, just trying to tell the truth. There’s a certain amount of [the truth in the film]–because it’s the nature of the beast–that didn’t make it the cut.

On Bobby’s Relationship with Jackson

There was a little more explanation about the Dad and how the dad died. I got rid of a piece of property that we all lived on. Bradley [as Jackson] was the golden child from the get-go and he could write music. I was a singer who couldn’t write [music]. The dad was a singer as well.

You could say, right in the center as well, there was this desire to take care of little brother, and seeing him going down… Oh man, he [Bobby] saw the writing on the wall, maybe for a long time. I think he had great hopes when this girl [Ally, played by Lady Gaga] came into Jackson’s life. That she was gonna somehow keep him clear, save him or something.

Everyone gave [Cooper] so much because of the situation that he created. That Anthony [Ramos] said [ in the roundtable interview beforehand]. Stephanie [Lady Gaga] said the same thing. He created this incredible atmosphere and made everybody so comfortable. Then, he went in there, to tell the truth, and it’s a great tale.

A Star is Born hits theaters October 5. Be sure to check out the official BGN review and the clip below.