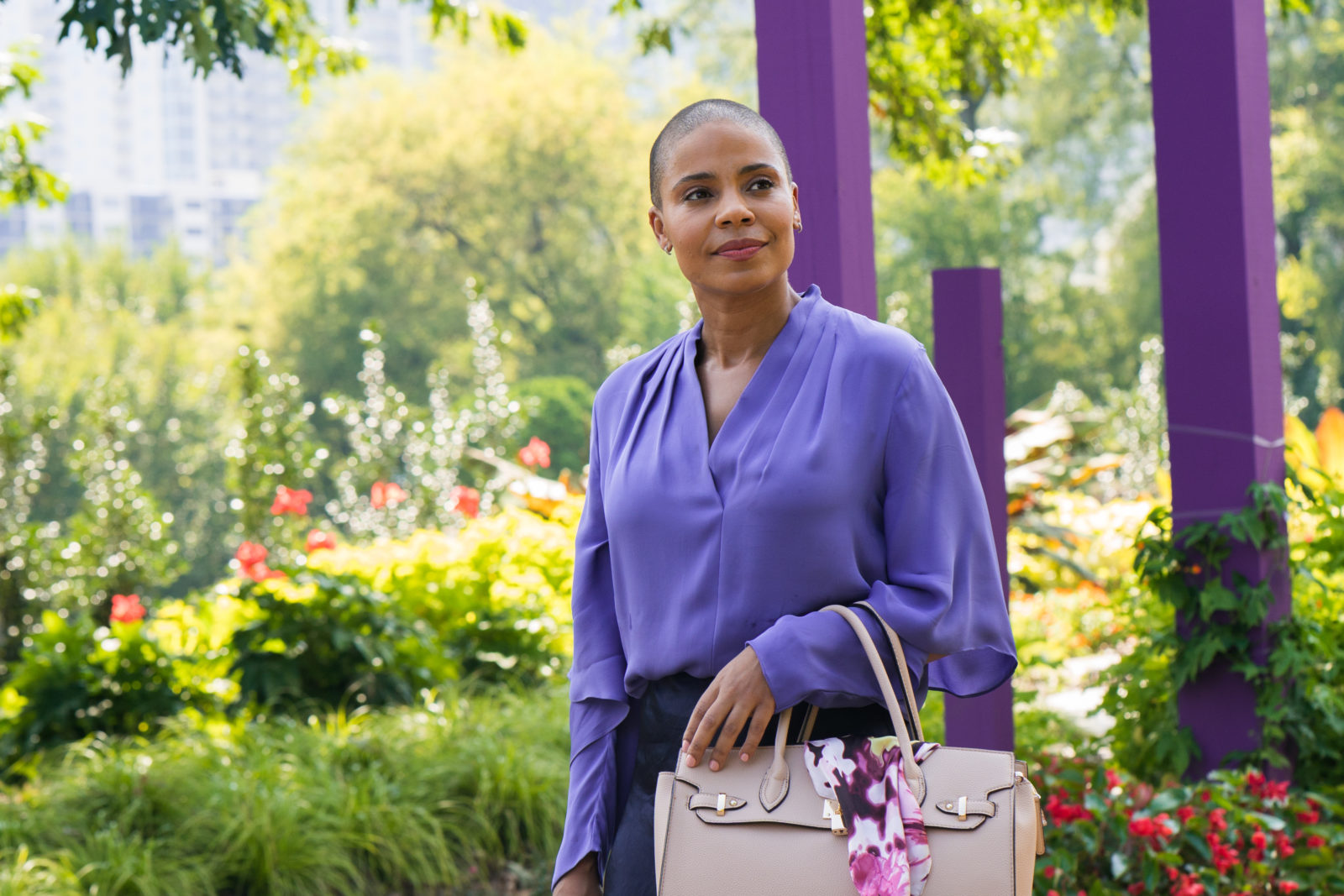 Based on the women’s fiction book by Trisha R. Thomas, the Netflix film adaptation of Nappily Ever After follows the life of Violet Jones (Sanaa Lathan) a woman who seems to have it all. Violet has the perfect boyfriend (Ricky Whittle), who is also a doctor and has a successful career in Marketing.

Violet’s hair is also laid and flawless so she’s living her best life in every way.

However, when things slowly begin to fall apart, the boyfriend and career are both compromised and things are not going as well as planned for poor Violet. She makes an impromptu visit at a local hair salon and when the relaxer is kept in her hair a little too long, not only does Violet’s life fall apart, but so does her tresses and her world is turned upside-down. Violet first tries to cover up the salon mishap by wearing hair extensions and wigs, but later she decides to completely shave it off and turn a new leaf.

Her hair loss is the beginning of a cathartic experience which leads to new relationships and perspectives. Apparently, she’s been living this whole life thing all wrong. Violet’s overbearing mother Paulette (Lynn Whitfield) is covered in dismay and disappointment at the sight of her daughter’s naked head. Paulette has a certain level of expectation with respect to looks and she is one of the many reasons why Violet finds that she has so little control over her life.

Violet’s eccentric father Richard (Ernie Hudson) is a man seemingly going through a mid-life crisis as an underwear model for department store catalogs. This greatly upsets Violet’s mother and also liberates her estranged husband Richard. Violet begins to see the freedom her father has in his identity and his pursuits which inspires Violet in her own journey.

Nappily Ever After is a rom-com that isn’t exactly groundbreaking or different aside from the fact that the protagonist wears her hairless crown proudly.  However, it does send an impactful message of how Black women see themselves past Eurocentric ideals around beauty and what that is supposed to look like.  Violet is more than her tendrils, and she finds that stepping outside of the confines of her mother’s expectations and her boyfriend’s lackluster affection for her — is what she needed all along. She is a woman that deserves more than the hand life has given her. Violet makes bold changes in her life which change the course of her journey forever.

Nappily Ever After is a story that we may have seen before in one form or another — but is still one worth retelling in its own way.

Nappily Ever After premieres on Netflix Sept 21st.