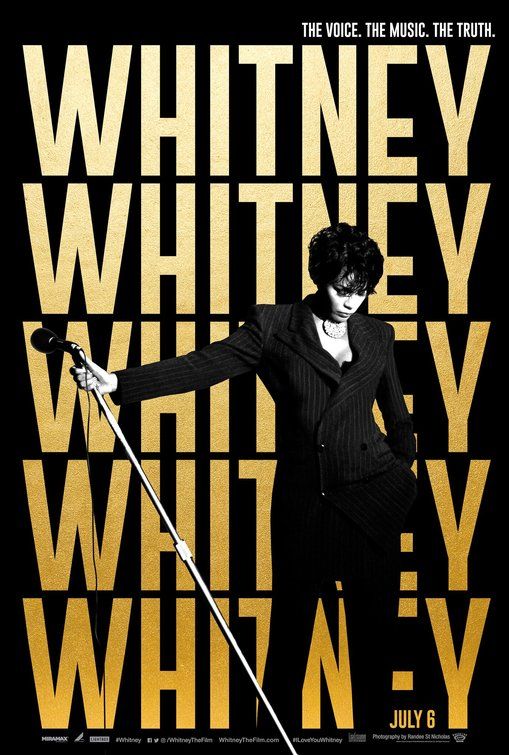 Four words will come to mind while watching the edifying and raw new documentary Whitney: They. Killed. That. Girl. The harder part, in addition to sitting there and mourning a mega-watt talent for two hours straight, is deciding just who “they” are.

Is it Bobby Brown?

Her ex-husband certainly didn’t help matters and the film wastes no time dumping as much blame on him as possible. This is a man who came into his relationship with Whitney Houston carrying his own demons and addictions. Over time, the two just made each other worse. They also destroyed their daughter Bobbi Kristina.

Every time Houston did well professionally, Brown found a way to drag her down emotionally with extramarital affairs and the like. Filmmaker Kevin Macdonald isn’t afraid to point the finger at Brown. It is no wonder that, when he interviews the R&B singer, Brown is visibly defensive.

Is it Pat Houston?

Houston’s sister-in-law, Pat Houston, is one of the executive producers behind Whitney. All it takes is a quick Google search to learn that Pat Houston, her husband Gary Garland-Houston, and even Whitney Houston’s mother Cissy Houston all despise Brown.

Thankfully, Macdonald doesn’t let Pat Houston or Garland-Houston walk away blameless. One of the best parts of the movie is when they both confess, that because they were on Whitney Houston’s payroll, they were just as culpable if not more so. They would not have told Houston to go to rehab, for instance, when they essentially were paid to do whatever she said.

Not to mention the fact that it was Garland-Houston and Houston’s other brother, Michael Houston, who hooked her on drugs. First, they smoked weed together and then moved on to harder and more expensive stuff like cocaine. When Michael Houston confesses to getting high with big names all over Hollywood, it’s hard to decide if laughter or tears is the best reaction.

Is it [the Loss of] Robyn Crawford?

Houston is also to blame. Macdonald explores the fact that she banished from her life one of the few people who genuinely cared about her–Robyn Crawford. Like the 2015 Lifetime movie Whitney and the documentary Whitney: Can I Be Me? this latest film also explores Houston’s secret romantic relationship with Crawford. As we’ve all heard before, Crawford also despised Brown. Houston eventually chose her husband over her best friend/ assistant/ creative director/ former lover.

A lot of the behind-the-scenes footage in Whitney came from Crawford’s video camera. This includes a candid discussion between Houston and her mother Cissy talking trash about Janet Jackson and Paula Abdul’s lack of vocal talent.

Is it Someone Else Who Harmed Before?

As for the sense of mourning that follows, perhaps some of our tears come because Macdonald places some of the blame for Houston’s death on fans’ shoulders too. Like Brown, her brothers, her father, and mother, some of us fans are a part of the “they who killed her” equation. Especially fair-weather fans who booed Houston at the now infamous 1989 Soul Train Awards. Let’s not forget Rev. Al Sharpton, who actually disparaged the singer by mockingly calling her “Whitey” Houston.

This is when my sobbing really starts, especially as a Black Girl Nerd. Who among us hasn’t been accused of “talking white” or “acting white” because we watched “Seinfeld” instead of “Martin”. Or, we bumped Coldplay a little too often or spoke with crisp diction? Sigh.

Why do we do this crap to each other when there are so many ways to be black? Worst yet, Houston got the brunt of this hatred. This is despite the fact that her contemporaries such as Michael Jackson and Prince were vying for the same crossover praise and profits. Why attack the sister the hardest every damn time?

The saddest part is that when the film reaches the end. Houston dies (because we all know how it ends) and figuring out who is responsible for her death matters little. In the end, none of us could save her.

Whitney is now in theaters.