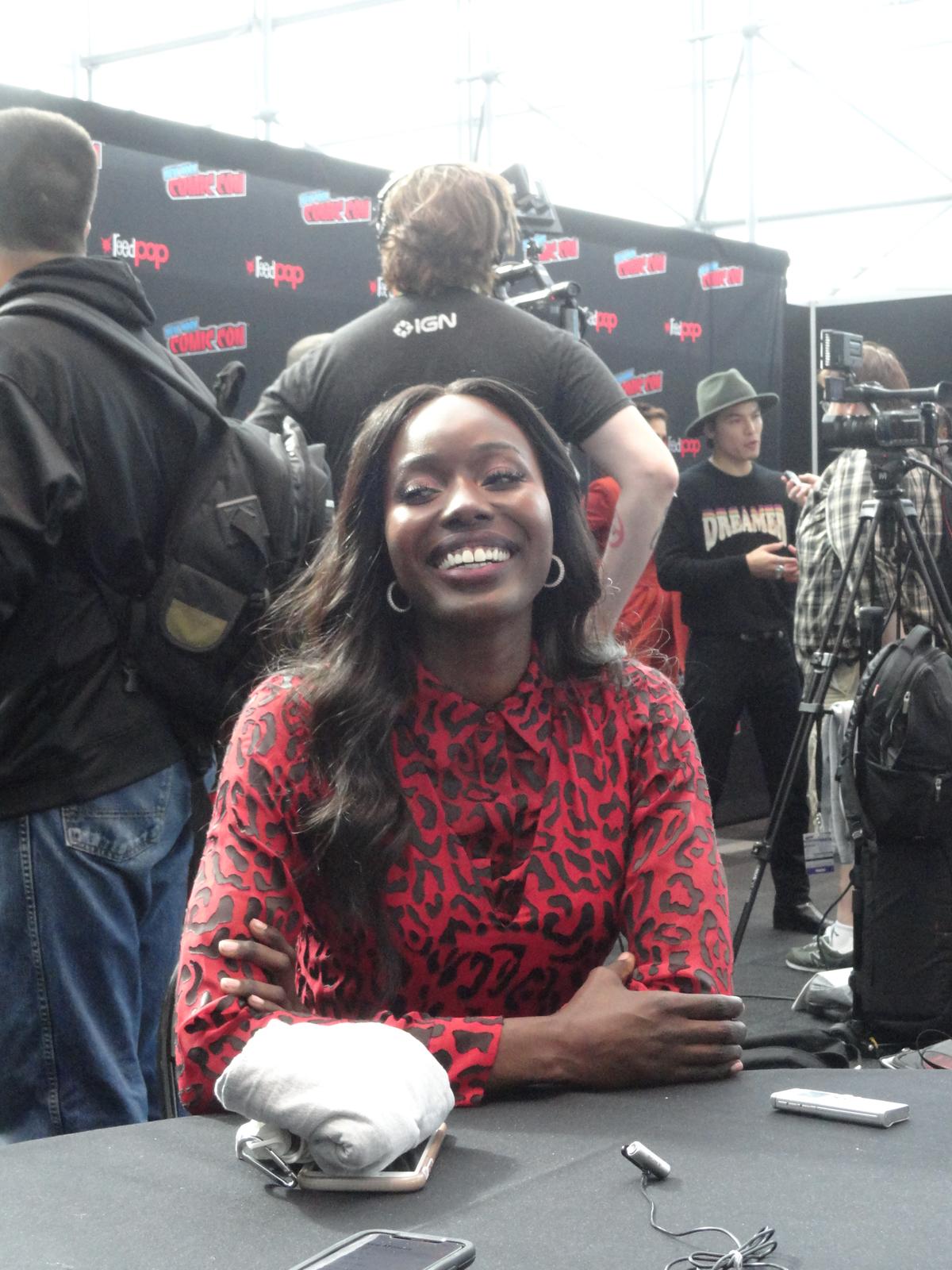 BGN sat down with Anna Diop and the cast of Titans during NYCC. Diop looked radiant as ever as she gushed about the season and what fans can expect from her already controversial character Starfire. Diop even addressed the dust-up earlier this year over photos of her in full makeup that leaked from the show. The dark side of DC fandom crawled out and spewed enough hate to cause Diop to shut down the comments on her Instagram page, but soldiered on.

Obviously, Starfire is not really sure about her background. But, she does seem to have just enough info to follow the clues and know where to go. So, I’m wondering is it kind of a Bourne Identity situation or is there some light you can shed on that?

Yeah, I love that you said that. The producers kind’ve mimicked that whole experience from Jason Bourne. The part … when I first got it, that was the name they kept using. But, I think with Kori [short for Starfire’s alter ego Koriand’r], she just has instincts and she’s not one to not follow her instincts. So, if something feels like that’s what she should do, then she just goes with that. That’s how she finds [her way] to the pub and how she knows to go to the hotel. She’s not very intuitive. 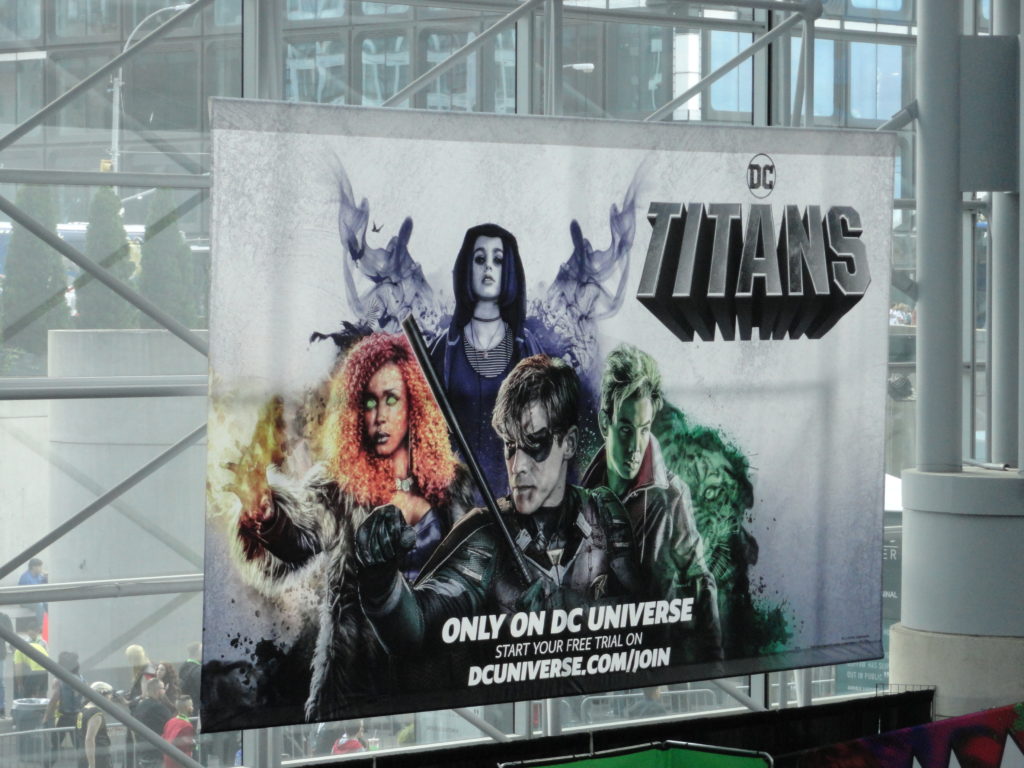 How would you describe Starfire’s revolution this season, as her journey is the season?

Sure. I mean, obviously explorative because she’s literally getting to know herself. She has no memory or recollection about herself. It’s definitely a journey of … yeah, exploration. And understanding. She’s also … I found that and maybe it was me doing Starfire because I am playing Starfire and it was me bringing a little of my personality into it, but she sometimes tries to act like everything is okay even though it’s not. She does that until she just can’t do that anymore.

Starfire is non-human. Did that play into your portrayal of the character?

Yeah. 100%. Before I started, I wanted to play with the idea of being alien and seeing humans for the first time and try to understand why they do what they do and what they’re doing. But, that was tricky too because I don’t even know that I’m alien. I just tried some things and I tried to see what kind of felt right. But yeah, in her natural alien ways, she does not understand everything about the human position and why people are the way they are.

Can you talk about your training a little bit? Starfire kicks ass, so who taught you to do the same?

We had an amazing set coordinator – His name is Larnell Stovall – before each of our fight scenes. We probably had a week of rehearsal for them. Before I got to Toronto [where the show was filmed], I hired a trainer and did that whole thing for three months. I tried to get in shape as I could because I looked at the comics and her body is … insane.

But yeah, when we were in Toronto, we had a great set coordinator. He would work us out and then also teach us the fight scenes. And, a lot of us did our own stunts. Yeah.

What was it like learning a Tamaranian language that Kori speaks?

It was collaborative. I threw out some ideas. I speak Wolof, that’s a language from West Africa, so I tried to bring in some of those elements and stuff. But the writers too had a pretty clear idea of what that sounded like. I think we created something that’s pretty cool.

I know that it’s been a long journey, especially after all the controversy at the beginning. 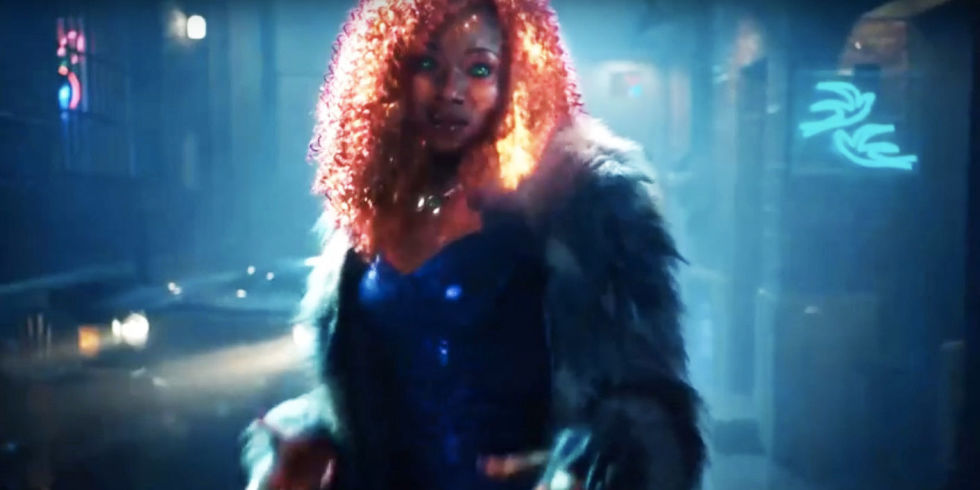 I understand fans wanting to finally have something that they’ve loved for so long to come to life. So there’s a lot of pressure that comes to the mat, on both of our ends, right? Like they want to see something … and we want to take something and hopefully, they want to respond to it. But, it was unfortunate the way it was expressed sometimes. But, I’m happy, man. I’m happy that it’s come out. I’m happy that it’s being received in the way that it is.