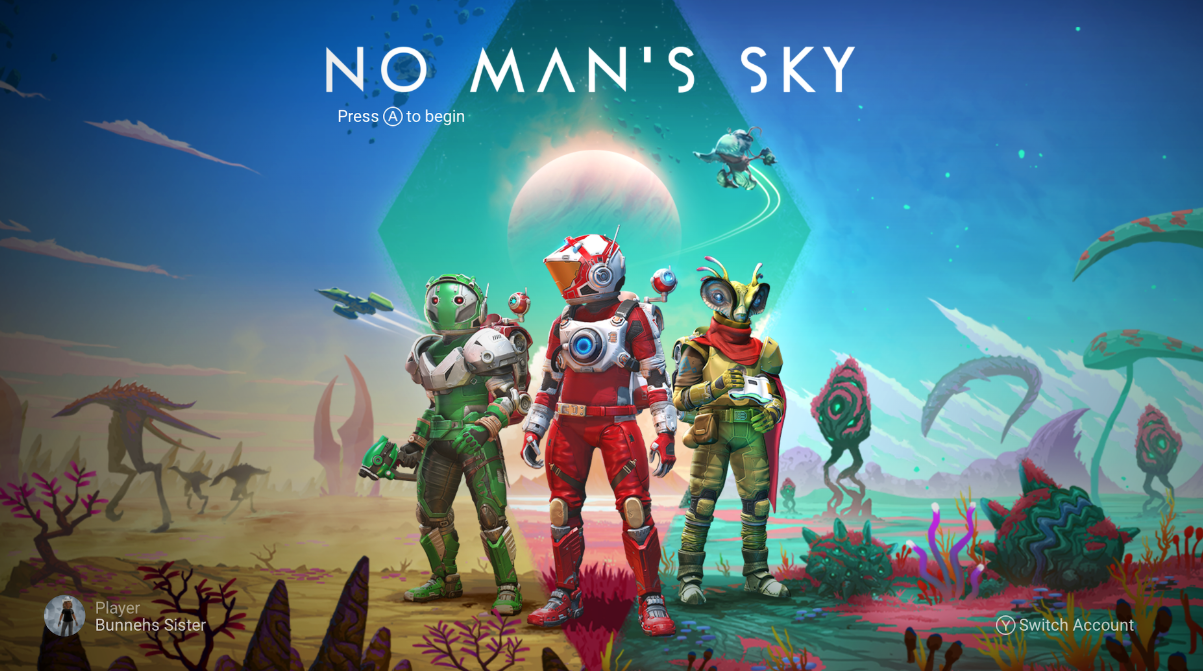 Developed by Hello Games, No Man’s Sky (NMS) is marketed as a “game about exploration and survival in an infinite procedurally generated galaxy.” While an apt description, it was not evident how true that was until 200 hours of gameplay were under my belt.

Released back in 2016 on Playstation and Microsoft and then in 2018 on X-Box, this open world concept sandbox game has in its life represented the worst and best marketing and game play for a video game. Since 2016, Hello Games has worked to progressively improve the game experience. These updates include the addition of a multiplayer option; expanded character story elements and objectives; the revision of the sentinels; and the addition of space freighter bases and one-off expeditions.

The game typically starts on an unexplored planet in the starter Euclid Galaxy, with relatively mild environs, which serves as your first challenge. Keeping sufficient oxygen, cobalt, or maybe ammonia will be a priority just to survive. Along the way collecting ferrous materials like ferrite dust, pure ferrite, and carbon will be necessary to support building shelter to stop the never-ending life affirming mineral collection. Over time the player evolves from hunting and gathering to creating shelter. By then you will be addicted.

Across the terrain both above, below ground and underwater are various flora (plants), fauna (animals), and minerals. The types differ for each planet, so there are almost infinite combinations. The fauna can be of help either as food or can be fed and ridden or adopted as a companion, which opens up other possibilities beyond the food products they provide and transportation.

Your starting equipment includes a multi-tool with various abilities. Initially, it has a basic scanner, and you receive credits for scanning the various flora, fauna, and minerals. There will be opportunities to upgrade the scanner using nanites, which are collected from salvage and trade during various encounters. As should be obvious, the better the scanner the more credits.

The hierarchy or class for all equipment ranges from C to A. Above A is the S-Class. Advanced technology is available from collecting galactic detritus from across the planet, in the form of salvage data. There are also various cargo drops that allow you to obtain buildable technology until you gather sufficient data to purchase the blueprints so you can construct it yourself. Other ancient planetary finds, including ancient bones, keys, and other curiosities, can be a real windfall when looking to earn credits.

Be careful as you gather since there can be a “small” irritant in the form of sentinels. Thanks to a recent upgrade, sentinels come in various sizes and forms, but the most common is a hovering robot that traverses the surface of many planets. Your scanner will alert you to the presence of a sentinel or their erstwhile four-legged companions including a dog-like quad, and an AT-AT looking sentry known as a walker.

As your resources increase, other travel options will be available including an exosuit. The exosuit is basically a vehicle. There are several different forms, and they aid in travel, gathering resources, fighting sentinels, and protecting the player from the environs. The usefulness of these are greatly magnified as they are upgraded.

Also, planetside are various points of interest. Most are structures occupied or vacated by whatever the dominant species is in that star system. Throughout the planets, settlements exist and are looking for an overseer. The settlements generate two types of trade goods that you can trade to increase your credits. Be mindful, though; as the overseer you have some responsibilities to fulfill off and on. Routinely this means fighting off sentinels, often there are settler conflicts to resolve, or a proposal to expand the settlement or improve the life of the settlers.

All these decisions influence the quantity of settlers, their happiness, and their ability to produce trade goods. There are some structures that have simple numerical puzzles to solve, which if solved correctly, may lead you to a free starship, an ancient structure, or a downed freighter. Here and there are communication towers, which are used to advance the various adventures. Trading posts provide the option not just to trade goods, but an opportunity to trade or buy a starship. But most valued are the portals. Once a player has collected all the glyphs, a portal allows travel to any planet in the current galaxy.

Off world there is normally a space station in each galaxy, which operates like all the planetary structures in one. You can trade, change your appearance, upgrade everything, teleport to other star systems, or buy or trade starships. There is the opportunity to engage the local species and do jobs for them. This can be a good way to get complex components you don’t have the blueprints for and nanites. The space anomaly, which can be summoned from anywhere in space, is the source of the adventures and rewards and is a frequent waypoint on your travels. In orbit there are also freighters and other ships that you can assume command and ask to join your fleet.

After several days of playing, I realized all this was just scratching the surface of what is offered. Other game modes and expeditions support learning the scope of what is possible and refining skills you have.

It’s possible that for some of you, your first encounter with NMS was not the best, but this is no longer the game you ran screaming from several years ago. Take a chance; you will have fun, if Atlas has its way.