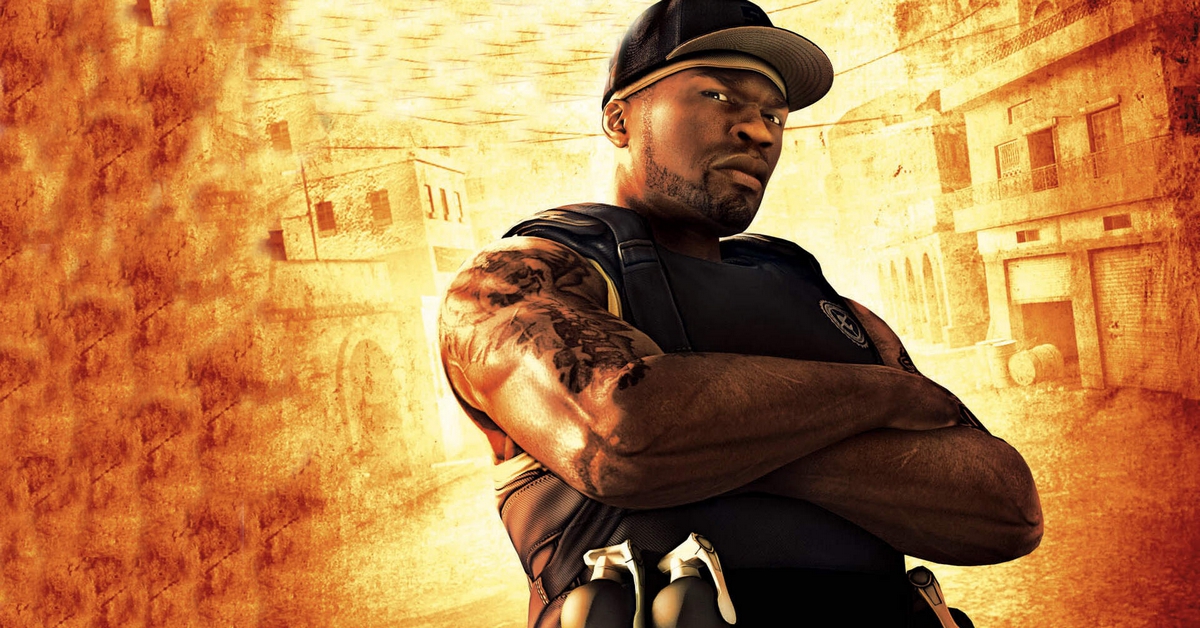 The early- to mid-2000s were an interesting time for the gaming industry and community since there were still hundreds of licensed television shows and cinema IPs flooding the market that just begged to be adapted into video games by companies such as Activision or Sierra Entertainment. But what’s more interesting is gaming adaptations revolving around celebrities — a trend that gave us 2004’s The Chronicles of Riddick: Escape from Butcher Bay and the previously mentioned Def Jam games.

Now, while TCOR: Escape from Butcher Bay was based on the Riddick franchise, and there were plenty of movie-based adaptations, like the horrible 2007 title aptly-named, Transformers: The Game, most of the celebrity-revolving games weren’t actually based on movie IPs — including Bruce Willis’ Apocalypse, Vin Diesel’s Wheelman, and 50 Cent‘s Blood on the Sand. In this article, we’ll examine the commercial flop that was 50 Cent’s own Blood on the Sand and where the otherwise praised game went horribly wrong.

50 Cent’s gaming career actually kicked off with 2005’s 50 Cent: Bulletproof, an action video game developed by Genuine Games and published by Vivendi Entertainment for PlayStation 2 and Xbox. It was also reworked into a G Unit Edition for the PlayStation Portable — Sony’s discontinued handheld console — which preserved the narrative and cut scenes but eschewed a top-down, isometric viewpoint.

The game was a weird mixture of GTA due to the presence of the criminal element and Resident Evil 4 since it mirrored RE4’s gameplay mechanics and over-the-shoulder camera and shooting style. Luckily, it lacked Resident Evil 4’s horror. Despite mirroring some of the most successful franchises in gaming, Bulletproof was an odd combination of the two, which didn’t quite well sit with the fans. It was still playable, but the lack of experience on the developer’s end was quite noticeable.

Despite the game’s lack of final polish in terms of graphics, Bulletproof was praised for its voice acting, acting style, and accuracy to its source material. However, everything else about the game was wrong, including very clunky controls, poorly balanced AI, and an uncooperative camera that outright refused to focus on 50 as a protagonist or offer a clear view of the game’s objective. The fans of the game weren’t exactly happy with how things turned out with their, at the time, highly anticipated title.

Vivendi Universal, however, hasn’t complained about the game’s poor critical review, as it sold over 2 million copies, warranting a sequel that came in the form of 2009’s Blood on the Sand. But let’s take a step back. Swordfish Studios, one of Vivendi’s subsidiaries, was already developing a third-person shooter game with a narrative set in the Middle East, based on the yet-unpublished television series that was in development at the time.

However, the development of the show never picked up the pace, and Vivendi and its subsidiary were left with a nearly finished game based on, well, not much at that point. Putting two and two together while under the impression of Bulletproof’s commercial success, the higher-ups at Vivendi decided to have the nearly-completed third-person shooter game reworked to fit 50 Cent’s over-the-top style. And what resulted really impressed Jackson, who only asked for, what seemed to him, smaller corrections — flashy levels with helicopter fights and car chases.

This posed a massive problem for the development team, as these mechanics didn’t fit the original core concept. In fact, they were straight out useless for a third-person shooter game, but 50 insisted. With the project in the late stages of development, the developer had to write excessive amounts of coding work to make an in-game AI that would fight players while driving for a game that didn’t have technological implementations to even support vehicles.

Helicopter flights were even worse; they were Frankenstein-ed out of different helicopter-combat elements from the developer’s shoebox of ideas, without any coding whatsoever. Stitching everything up and debugging took an incredible amount of work, but it only ended up adding a lower-quality element to a really good, nearly working game. After 50’s demands were met, all that was left to do was to polish up the title and have Vivendi publish it.

Unfortunately for Swordfish, Vivendi merged with Activision to form the controversial Activision Blizzard (ABK). Nearly all studios and in-development IPs were transferred to ABK, except for Swordfish and 50 Cent: Blood on the Sand, which left the developer with a finished game and no one to publish it. Admittedly, there were talks about the studio and the game being picked up by ABK at a later date, but that never happened. The publishing rights for the game were sold off to now-defunct THQ, after spending a year on the shelf.

Ultimately though, after a troubling development, the resulting 50 Cent: Blood on the Sand was a pretty solid third-person shooter, with some funky driving and flying elements and a pretty ridiculous narrative. But it was an absolute blast to play, and it significantly improved upon 2005’s 50 Cent: Bulletproof. However, unlike its predecessor, it was a commercial flop that sold only 56,000 copies in the United States.

The game’s troubled development had only a minor role to play in its commercial failure. The major factor was actually 50 Cent’s decline in popularity at the time of the game’s release when compared to the original game’s release date. In fact, the rapper wasn’t on the top of the charts when the game was released, as he was when the development started. And therein might’ve been the problem.

For comparison, 50’s Before I Self-Destruct album, which was released only a few months after Blood on the Sand, sold between 500,000 and 1,000,000 copies, while his Get Rich or Die Tryin’ sold over 12 million copies by the end of 2003 alone. So, if we neglect the funky car chases and helicopter levels, 50 Cent: Blood on the Sand was a pretty solid and fun gaming experience, whose only sin was being released at the time in which its protagonist wasn’t as popular as he was when the first game was made.

50 Cent: Blood on the Sand is still available for Xbox 360 and PlayStation 3 and playable on newer consoles through backward compatibility. Despite its poor commercial performance, while it wasn’t a Game of the Year candidate, it’s still incredibly fun to play.