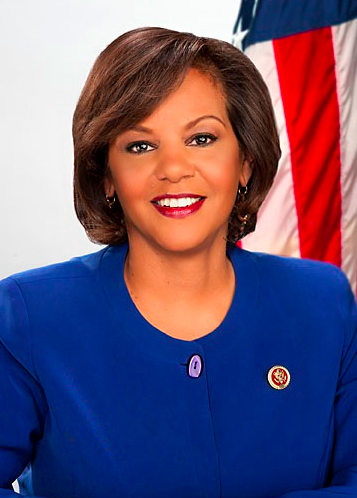 The start of the mid-term election season is here and BGN wanted to support awareness regarding an issue of economic opportunity and civil rights.  Net neutrality has been defined as the principle that internet service providers must treat all data the same, regardless of their origin or purpose of that data.  In May 2018, members of the Senate Democratic Caucus Force led by Congressman Ed Markey won a vote on a joint resolution (S.J. 52) intended to protect individual’s access to the internet.

You should care because voting is the first step in protecting all of our access to the internet.  Back in late 2017, the Federal Communications Commission (FCC) proposed to repeal previous protections meant to ensure an individual’s access to the internet, prevent throttling or slowing down content, and restrict your broadband provider’s ability to play favorites with your access to content.  The successful vote on May 16th leads the way to a vote in the House of Representatives.   Earlier in the year, BGN got the opportunity to ask Congresswoman Robin Kelly (Il-2nd) who serves as the Ranking Member of the Subcommittee on Information Technology, on her views on net neutrality.

BGN: Last year, the FCC proposed to roll back net neutrality. What do you see is the impact on women of color with the loss of net neutrality?

Congresswoman Robin Kelly: Well, I’m very concerned about that. I actually had places in my district where people just have the ability to go online, so I don’t want to see anything rolled back. And I think that you know, like with anything, if you don’t have the resources, then you’re not starting from an equal place. And if you don’t have those types of resources, then you’re really not starting from an equal place, as far as you know, technology, the computer, the internet, and on and on and on, so, you know, they claim they’re not going to roll back anything, but we’ll see. Time will tell. People are watching now and people need to keep watching and hold people accountable.

BGN: So you’re really equating access to the internet as more of another civil right, is this the new battleground?

Congresswoman Robin Kelly: That’s an interesting way to put it. I guess you could look at it that way, but I’d look at it as a way to education, and if you are not educated and you don’t have information, as they say, knowledge is power, and that will be a problem.

We also interviewed several other members of Congress, two of the most pointed responses during our conversations came from Congressman Gregory Meeks (Tx-9th) and Congresswoman Debbie Wasserman Schultz (Fl-23rd).  Here are their views.

BGN: Last year, the FCC proposed to roll back net neutrality. What do you see is the impact on women of color with the loss of net neutrality?

Congressman Gregory Meeks: Well, it is a tremendous loss that in regards to access to information. Where the internet has done for those who have access to it, it can level the playing field so that everyone has the timely access to information, like anyone else, anywhere in the world. If something should change substantially therein, then you’re denying the opportunity for individuals to access information in an equitable time period and at an equitable cost. So again, you’d be marginalizing individuals and that would be a throwback to women and to Black girls and nerds.

Congresswoman Debbie Wasserman Schultz: Well with the loss of Net Neutrality you’re essentially putting a stranglehold on the internet and putting the internet up for sale. It will automatically limit the ability of young, diverse, entrepreneurs who are innovative and creative and essentially cede the internet, just like they did with tax policies. The wealthiest, most fortunate already successful people and it will snuff out creativity and snuff out the opportunity for a diverse population of entrepreneurs to be able to put the newest ideas that are different than the kind of ideas that can be well paid for. It’s unacceptable.

So there you have it. As discussed above the issues surrounding net neutrality range the gambit from the economy, education, to civil rights. While all these reasons are noble, I support net neutrality mainly to make sure someone doesn’t mess with my internet speed as I can’t stand binge watching when my phone, computer, or smart TV is constantly caching. Getting time to visit Wakanda one more time is hard enough without having to wait for the video to constantly start and stop.

E.Angel is an engineer and holds a BS in electrical engineering from North Carolina A&T State University.  In her spare time, she works at her comic book store – Brainstorm Comics and Gaming – when she is not reading comic books.  She’s a real nerd who loves all things Star Wars and Star Trek and is an avid gamer. E.Angel can be reached at e9of10@gmail.com or on either game platform as Bunnehs Sister.