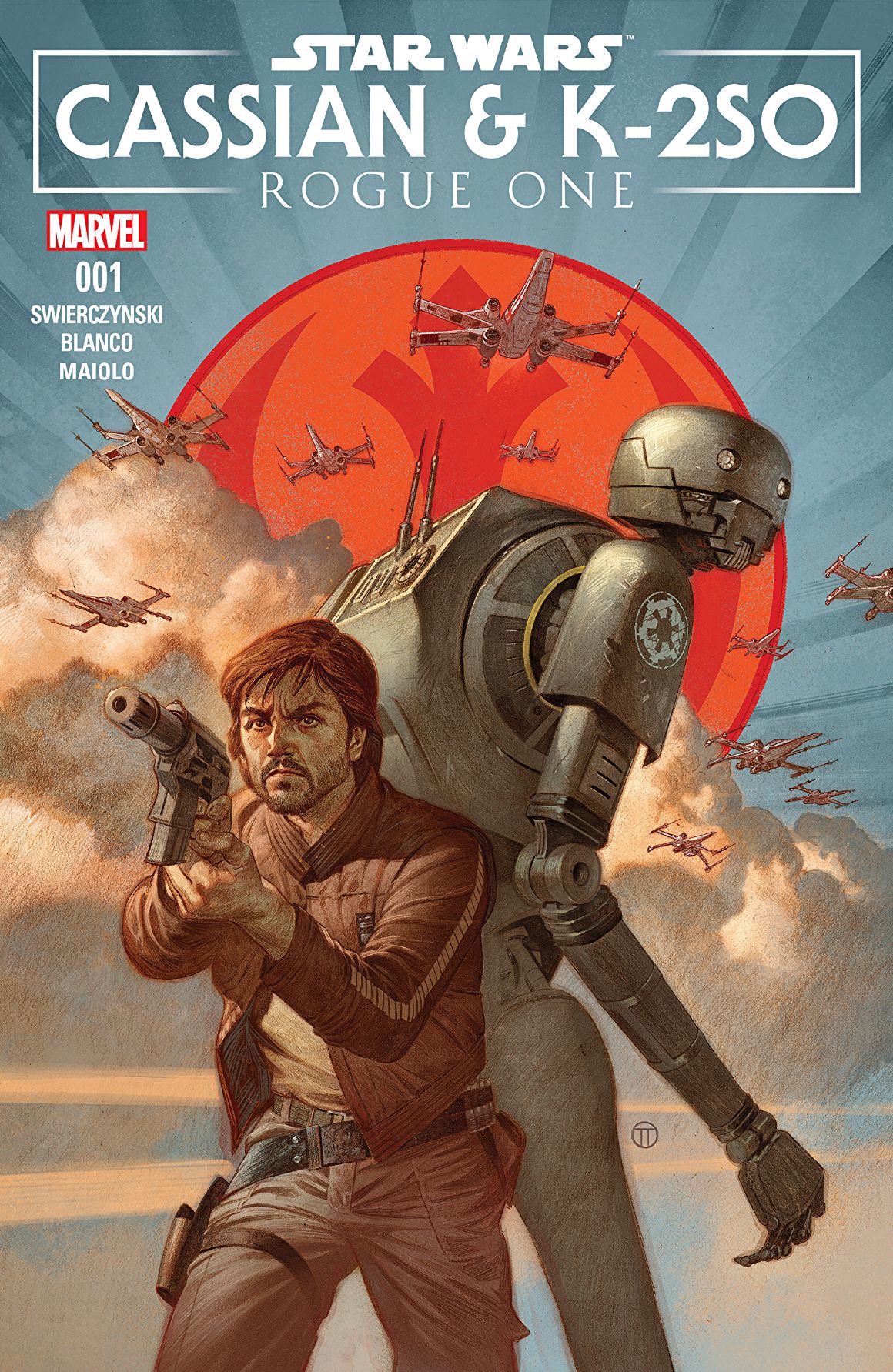 The books and comics connected to Star Wars Rogue One have done a wonderful job of fleshing out the time period before Star Wars: Episode IV. They also have given fans a deeper knowledge of the characters we became fans of.

K-2SO was definitely one of the breakout stars of Rogue One, and in this story we learn about how he came into Cassian’s life.

Cassian comes to the planet Wecacoe with  rebel operatives Kertas & Rismor. The team is there to extract some data on Imperial security protocols. Things go south pretty quickly on the mission and a desperate Cassian decides to try to reprogram an Imperial Probe droid to help them escape.

Thus begins a friendship that will change the galaxy. K2 doesn’t reprogram easily though. His programing resists and he tries to attack Cassian several times before his programming is reset. K2’s quirks reveal themselves pretty quickly and he is at once the quirky droid we came to love on screen.

Swierczynski’s (Cable, Punisher: Frank Castle) script has a nice blend of action and humor. Artist’s  Blanco (Marvel Zombies, Thunderbolts) and Maiolo (Old Man Logan, Civil War 2) compliment the story with stellar art.  I loved the look of Cassian and K2 in the book and I’m hoping Kertas & Rismor show up in a future story.

This was such a nice read. A must for K2 fans.