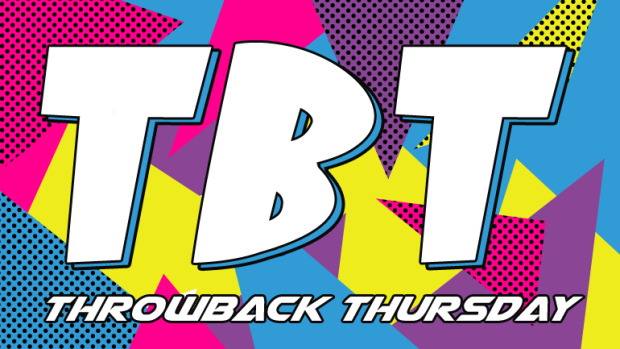 Young, annoying, loyal. They’re the boys who always wear out their welcome, but you let them stay over anyway. They were the Boys Next Door, a staple of the family sitcom across races and genres in the 1980s and 90s. On Black sitcoms, however, these boys were really something special. Think about it: they were required a specific allotted time, each episode, to come onscreen and do or say something smart/stupid/funny/pathetic in order to tickle the audience’s funny bones. The guaranteed screen time the Boy Next Door received is still a pretty good deal for an actor, and as we will see, can be a stepping stone for the more ambitiously inclined.

The Boy Next Door serves many purposes in the greater scheme of a sitcom. Among the diverse tapestry of shows there are a few major types you are likely to come across. A character can often have more than one type attributed to them. For the sake of brevity–and just because I want to–we will discuss four particular characters along with their one defining trait. 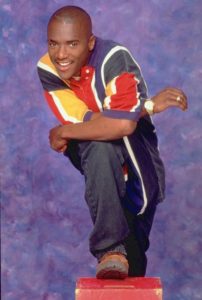 Hakeem Campbell from Moesha: The Freeloader

This boy is always hanging around your house like he lives there. He has a weird aversion to doors and will use any other unconventional way of entering and leaving.  Prepare to set some boundaries with him because his handout game is real. Even if it’s with no ill intent, it is possible for a person to borrow so much that you forget what they owe you. Food is another area from which you will never be compensated. Find a way to hide your fridge because this guy will eat you out of house and home.

Hakeem, of Moesha, is an example. He set up a second home in Moesha’s fridge. I don’t know if his folks didn’t like to cook or what, but all his meals seemed to come from Mo’s family. Lucky for Hakeem, Moesha wasn’t completely turned off by that questionable behavior and Hakeem upgraded from freeloader to boyfriend. I guess the way to Hakeem’s heart was truly through his stomach. 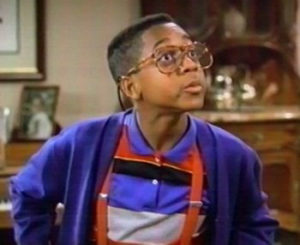 When you say, “go away,” you mean it 80% of the time.  He’s lucky there’s that 20% of your heart left to care. There isn’t much to like about this guy. But, despite his annoying presence, there’s something keeping him from being kicked out for good (parental abandonment, general loneliness, etc.). Maybe it’s pity. I just hope that pity is enough to sustain you because the dude will be around. All. The. Time. And will usually pop up at the most inappropriate moments.

It also doesn’t help that he is dangerously accident-prone, leaving a trail of destruction in his wake. In fact, he seems hellbent on annihilating not only your home but any normal aspect of your personal life. Case in point, Steve Urkel. He really needs no introduction. During his run on Family Matters, the character attracted such an unimaginable level of chaos and devastation that it’s a wonder he wasn’t driven out of town with pitchforks. And to imagine, it all could have been avoided if the Winslow’s learned to–

Ultimately, against all better judgment, Urkel is eventually accepted as a member of the Winslow family (after he’d taken over the show of course). And, in one of the most unbelievable romantic storylines ever enacted on television, Laura suddenly decides that years of stalking is grounds for a successful relationship. She finally falls in “love” with Steve. 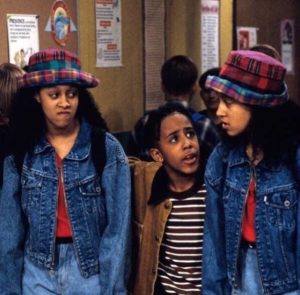 Ever heard of the “Girl Friday“? Its origins go all the way back to the 1940s and have roots in a Cary Grant film called His Girl Friday. It’s a name synonymous with the ‘go to’ girl. In other words, she is someone who will help you get things taken care of. Someone you can rely on when you are in need of extra assistance. The term can also refer to a girl who does most of the legwork on a project but never takes (or gets) credit. Well, since we’re talking about males, let’s pull a gender switch, shall we?

Roger is the “Boy Friday” to Tia and Tamera on the 90s show Sister Sister. He knew where to get whatever they needed, whenever they needed it. He did things and gave so much of himself to two girls who really didn’t like him in those early seasons.

I think Roger is the perfect representation of a Boy Friday. He worshipped the ground Tia and Tamera walked on, so he came across as a little puppy dog. The boy was whipped. He would do anything for the girls, but they often just tell him to go away, especially in the earlier seasons. Yes, Roger could be a little annoying, but time and again he proved himself a faithful valuable friend. It just took Tia and Tamera a little while to see it. I’d like to think that the growth spurt helped. 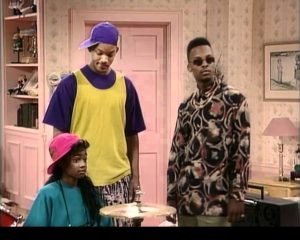 The lost little puppy dog. You’d feel sorry for him if he wasn’t so irritating. Unfortunately, you should be feeling sorry for yourself. Odds are, getting together with this guy. Don’t try to fight it, because it will happen. Maybe not today or tomorrow, but it will happen. Hopefully not after years of “nice guy rhetoric” beating you into submission.

The best scenario: you’re Hillary Banks. Jazz was utterly in love with Hillary. Boy, did he pay for it, courtesy of Geoffrey, over and over again.  It was sometimes easy to feel sorry for Jazz in this scenario. He was never inappropriate or overly aggressive. Just…persistent. Now and then, even Hillary couldn’t muster enough courage to have the poor guy thrown out.  Too bad for Jazz that usually didn’t last for long.