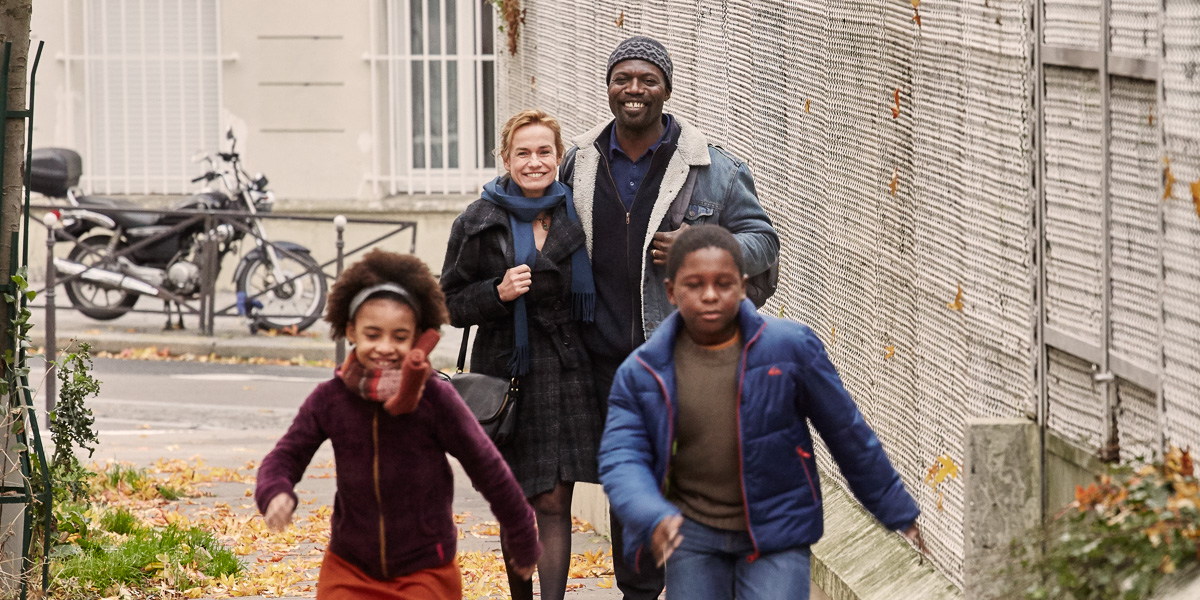 A Season in France is the newest film from award winning director Mahamat-Saleh Haroun. It is an official selection in the Special Presentations category, and is eligible for the Toronto International Film Festival People’s Choice Award. Starring Eriq Ebouaney as Abbas and Sandrine Bonnaire as Carole, A Season in France gives an in-depth look into immigration, and what it means to be a refugee from an extremely personal perspective.

Fear, worry, anger and disappointment. These are just some of the myriad of emotions that someone who is a refugee lives with daily, they are constant until in some instances, become ingrained in the psyche. Abbas is a man who struggles to support his two children, in a country where he is not sure how long they will be welcome. Their lives are in a state of limbo, as Abbas both dreads and welcomes news on whether or not his request for asylum will be approved.

Not only have they been forced to flee from their home land, they have to learn to navigate an entirely new society. One filled with people, who at times are not welcoming or lack understanding. Apart from his children, Abba’s only emotional support comes from his girlfriend Carole, and his brother Etienne (Bibi Tanga) who also fled Bangui. Carole, due to certain aspects of her past understands Abbass’s struggles, she is infinitely patient with him, especially in his moments of distress. Carole opens up her heart and home to a family at the time they need it most.

While Abbas clings to his dignity and sense of worth with everything he has, and the gift of someone he can trust and lean on with Carole, Etienne begins to go adrift. With Etienne, we are shown just how devastating it can be when someone feels as though they have nothing left. How many times can someone suffer a loss before they give in to despair? What can they hold on to when it seems life is falling apart.

As an immigrant I connected to A season in France on a deeply personal level, because I know what it feels like to leave your place of birth, your home, to go towards a future that seems uncertain. I understand the trepidation that can fill the heart when you don’t know what step to take next. I know what it feels like to be a foreigner, even in a country where your native language is spoken, but people still don’t seem to understand what you’re saying.

As I sat in the Elgin Theater in downtown Toronto, for the world premiere, I had no idea what was coming, I wasn’t prepared for how much I would connect with A Season in France. But despite the stops, starts, and fear, like Abbas, I hold onto hope that the future is better than the past. Like Abbas I believe some things are for a season, even if it’s for A Season in France.